Female genital mutilation in Pakistan, and beyond 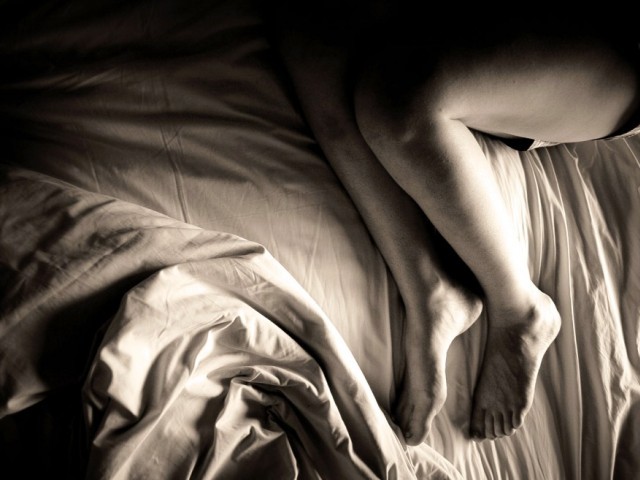 Warning: The following article contains information that readers may find uncomfortable or disturbing to read

“Female genital mutilation is a torture, not a culture.” Alice Walker

According to the World Health Organisation, female genital mutilation (FGM) is defined as all “procedures involving partial or total removal of the external female genitalia or other injury to the female genital organs for non-medical reasons.”

The process is carried out for a wide number of reasons, none of which have positive health implications. As a social cause, young girls and their families are pressurized to surrender to the tradition of FGM that has been carried out for generations.

People who practice female genital mutilation are motivated by the belief that by mutilating the female genitalia, a girl will feel no difficulty in resisting “illicit” sexual acts. Moreover, the fear of experiencing pain that comes with the opening of the stitches of the narrowed/covered vaginal opening is said to prevent further “illicit” relations amongst women and men.

However, women who have been through the ordeal of FGM have clarified that the practice has not benefited them in any way. In fact, it is the source of incredibly painful ordeals throughout pregnancy, childbirth and intercourse.

The sad reality, however, is that although FGM is widely common in African countries, most people are unaware that this brutal practice is in Pakistan too.

What happens in Pakistan

In Pakistan, the act of FGM is practiced amongst select areas and communities – one example being the Bohra Muslims. There are roughly about 100,000 Bohra Muslims in the country, mostly in the southern regions of Pakistan, such as Sindh. In recent years, due to a rise in strict sect religious compliance by the Bohra Muslims, the practice of FGM has increased. Unless the Bohra chief, known as Dai, issues a decree to forbid the act, the practice will remain firmly rooted in the people’s culture and will continue to be practiced.

Countless news reports from all over the world have provided sound proof to support the immense damage that FGM can cause.

Take, for instance, the news report about a girl who went through the traumatic ordeal of FGM at the age of six – a fact uncovered at age 12, when doctors were investigating what they thought was a cyst. However, the girl had become infertile due to years of menstrual blood being blocked, prevented from leaving her body due to the stitching of her vaginal opening.

Another report mentioned a story of a woman who went for a check-up. The midwife was examining her and suddenly ran out of the room, retching and crying after she saw the state of the patient’s genitals.

It is not just the young women of Pakistan but also British girls of Pakistani origin who are subjected to this procedure. Young British girls pack their bags with their favourite outfits, books and toys and jump with joy at the thought of six weeks of holiday with their relatives. However, many young girls are unaware that their parents are taking them to Pakistan to carry out the FGM procedure.

Since the State of Pakistan is an Islamic country, let’s take a look at what Islam says about the practice.

To begin with, the Holy Quran does not bear even a single mention of female circumcision. In addition to this, there is no Hadith that mandates this practice. However, some have argued that one Hadith, although not requiring it, appears to accept the practice:

“Circumcision is a commendable act for men (Sunnah) and is an honourable thing for women” (Makromah).

But ask yourself: how is cutting or partially/completely removing parts of the female genitalia an honourable thing for women? What is it that makes it honourable? Is it the pain or the abnormal sight of a mutilated body?

The glaring fact is that this practice leads to a tremendous amount of pain, infections, a battle with child birth, infertility in women, and in severe cases, even death.

Sheikh Talib, Dean of the Faculty of Shariah of Al Azhar, has said:

“all practices of female circumcision and mutilation are crimes and have no relationship with Islam.”

This statement is supported by the fact that the procedure of FGM pre-dates the life of the Holy Prophet Muhammad (PBUH) and the beginning of Islam.

FGM is not something that “purifies” a woman or preserves their virginity. It is a practice that mutilates a woman’s body and damages her in the most appalling of ways. Parents who hold their daughters’ arms and legs down, forcing them to go through this terrible crime, are not maintaining their family’s honour. They are, in fact, severely reducing the chances of their daughter’s bearing children. They are, thus, eliminating opportunities that may bless them with future generations and eventually, they will have no trace of themselves on earth.

Once again, from an Islamic perspective, God creates men and women alike, in the best design possible. Surely, it is wrong to alter the design that God has put together in the human form. Everyone has the right to respect their body and demand the same respect from everyone else. No one, regardless of whether they are parents or so-called health professionals, has the right to destroy a woman’s ability to bear children or damage her body. FGM is, hence, a crime, sitting at the top rung of immorality.

Perhaps, a young girl is screaming in pain right, at this very moment, as you read this article.

However, it is not too late – we can still make a difference.

We can rise up, and raise our voices for those innocent girls whose families have FGM in plan for them. One voice may not be loud enough but when an entire assembly of voices resound together, it makes a difference and causes peoples’ heads to turn. Let us, thus, rise up together, and put a stop to this torture.

If you want to learn more about how to stop Female Genital Mutilation visit http://www.stop-fgm-now.com.