Marvel Studio’s latest film Captain Marvel rolls back the years and takes us to a simpler time: the 90s. Set to release early next year before the highly anticipated Avengers 4, Captain Marvel focuses on the origin story of its titular character with the aim of easing the character’s transition into the next Avengers offering.

The film’s trailer gives us an exciting look into what to expect from the film. It gives us a glimpse into the origins of Carol Danvers (the alter-ego of Captain Marvel, played by Brie Larson), a military pilot who finds her life completely changed after her spaceship crashes on an alien planet. After being left for dead with her memory all but gone, Carol gets rescued by the Krees, a race of noble inter-galactic warriors who gift her with superpowers and give her a sense of rebirth.

However, it isn’t long before the Skrulls, a species of shape-shifting inter-galactic aliens, begin to threaten the very existence of planet Earth and the galaxy. This puts Carol and the Krees in direct conflict with the Skrulls, who are led by the evil Talos played by resident baddie, Ben Mendelsohn.

The trailer although short in length, gives us a pretty extended look into the film. It establishes that typical Marvel tone where serious events are often interjected with moments of levity. In the trailer, those moments come from a fresh-faced Nick Fury (Samuel L Jackson) giving new meaning to the wonders of cinematic de-aging. But the trailer also does a good job of communicating the stakes of the story, particularly the inter-galactic war at the centre of the film and even gives us a look at Mendelsohn’s villain Talos, whose ominous voice over indicates that Carol may have a deeper association to the Skrulls than she might have initially expected. And as she uncovers her past, she also comes across striking new revelations.

With a talented cast that also features the likes of Jude Law, Annette Benning, Lee Pace to go along with the likes of Larson, Mendelsohn and Jackson, Captain Marvel could very well be Marvel’s answer to DC’s Wonder Woman. And if successful enough, could even eclipse it!

Audiences will undoubtedly be looking forward to their introduction to a character that till now has largely been an unknown quantity. The film should act as a bridge between that gap and likely also a book-end to the next Avengers movie. Because, let’s face it: in the Marvel Cinematic Universe (MCU), everything is connected in one way or another. 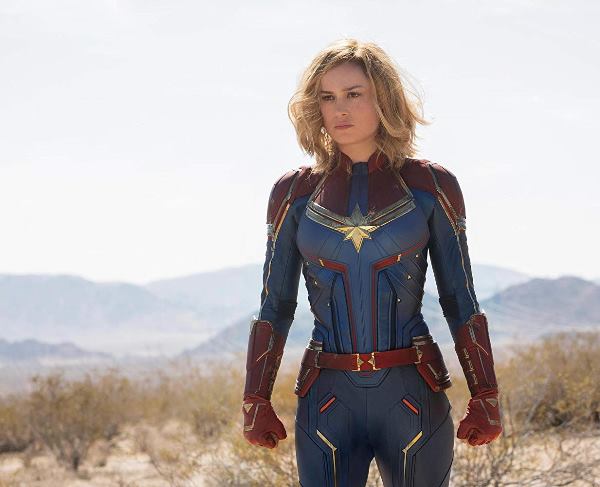 It’s only apt to release a movie about a fierce female superhero, who is termed the strongest Avenger, on International Women’s Day. Was it a coincidence? When it comes to Marvel, it seems highly unlikely.