An autistic boy in the classroom 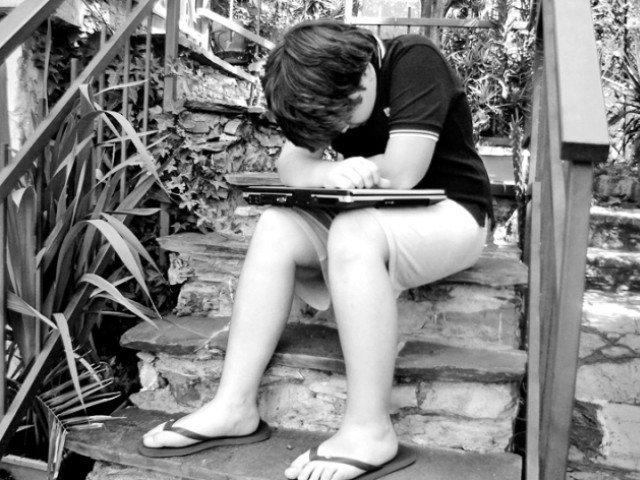 Last year, a child named Omer* was enrolled in the class that I taught, in a well-recognized school, in Lahore. His parents, however, failed to inform me about the crucial information that Omer had a developmental disorder. He was autistic.

The lack of this vital information resulted in confusion and stress, on my part, while dealing with Omer in a normal classroom learning environment – a fact that was equally painful to him. Often, due to his inability to follow regular instructions, he would sob hysterically with closed fists, tears streaming down his face, staring at me helplessly with pain stricken eyes.

With all my regular work responsibilities, the stress of handling Omer alone left me exhausted, weary and frustrated.

I was determined not to give up on Omer, however, after seeing the sad expressions on his mother’s worried face. She met me several times at parent teacher meetings with puzzled eyes and fear of hearing discouraging remarks about her child. She was an educated woman and was well aware of her child’s disability. In an attempt to not worry her I always offered positive remarks over my negative ones.

Some common symptoms of autism that I observed in Omer were:

1)      While communicating he was unable to start or maintain a conversation but performed repeated body movements and got upset at unusual change in routines.

2)      He memorized and repeated words (for example: from commercials) using senseless rhymes.

3)      He remained socially withdrawn and preferred to be alone. He did not make friends or play interactive games.

4)      He would hold his hands over his ears when he found normal noises painful.

5)      He was unable to imitate the actions of others and remained busy in his imaginative play.

6)      He had a short attention span and was aggressive.

Due to the child’s growing familiarity with me, I inadvertently started helping him. The only person Omer spoke to or looked at, in the entire school premises, was me!

By the end of the year, I managed to achieve the goal of Omer’s increased awareness of the discussions in the classroom, and a transformation from extreme aggressive behaviour to passive behaviour. His mother was grateful to me. However, I realize that had Omer* spent the year with a specialist catering to his autism, his development would have dwarfed that which he made with me.

Dealing with autistic children can be very stressful for parents, teachers, and the like. In Pakistani society, this is especially difficult, as most parents are reluctant to accept any form of unusual behavior on the part of their children. They often won’t agree to consult the necessary specialists catering to the learning and training needs of children with developmental disorders. They fear that their child might be labeled as ‘special’ (a term also used in Pakistan for children with developmental disorders).

By adopting this attitude, parents are setting themselves and their child up for sheer misery. They, in fact, are actually increasing the burden on their children by depriving them of the basic help they crucially need. This was true for Omer’s case as well.

According to a report, there are over 3 million autistic children and adults across Pakistan. There are, however, only a few Autism Resource Centers operating in different major cities of Pakistan.

Pakistan Autism Meetup Group, established since 2003, provides a chance for parents, doctors, and special educators to support each other, and to help create the necessary awareness of this condition across Pakistan.

Having faced the challenge of dealing with an autistic child for a full two terms, without any formal training, I would like to personally emphasize not only the need to create more institutions for the children with autism spectrum disorders, but also the need for our society to mature in its reaction towards those affected by autism, dyslexia and so on. Furthermore, it is absolutely vital to eradicate labels such as ‘abnormal’ or ‘special’. In doing so, parents will be able to develop a sense of belief and hope in their autistic children, and themselves. This belief and hope is a crucial first step in seeking a better life for autistic families.

*Name has been changed.