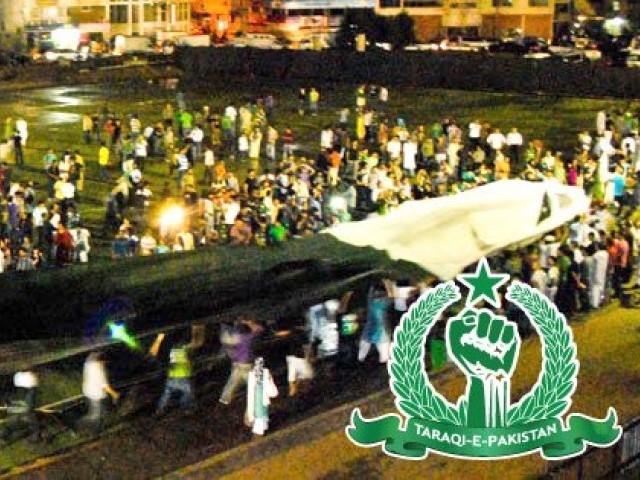 However, this record highlighted the numerous strengths of our nation.

When the idea to break the world record for most people singing a national anthem was presented to me, my interest was instantaneously sparked. With factors such as ethnic and sectarian division raising havoc in the country, I saw this as an excellent opportunity to unite Pakistanis.

This task, however, would not be an easy one. The current world record was held by India with more than 100,000 participants. On doing some research, though, we discovered that the Indian audience had sung “Vande Mataram” and had listed it as their national anthem. The Indian national anthem, however, is “Jana Gana Mana”. Thus, Abid Beli duly notified the authorities at GBWR about the error and requested a correction.

Still, we prepared to break this record with a target of nearly 110,000 people.

We faced serious challenges in terms of location, security, organization, funding and so on.

For two months the team did nothing except social-media marketing while Abid Beli and Waqas Pai worked hard to get corporate, legal and every sort of support to make our goal possible. We promoted the event through social media and went on shows when invited. I accompanied the duo to Maira Khan’s show and we sang the national anthem live.

Nearing the end of July, a first breath of fresh air came in the form of the news that GBWR had corrected the record!

Philippines now held the record with 5000+ participants, a much easier target than before. The news proved to be a tonic for us and solved many of our organizational problems. Thus on the 13th of August, I went to Zamzama Club with Abid Beli and Waqas Pai to oversee the preparations. Everything seemed to be in order and we waited for people to pour in to the event to make our dream possible.

By 10pm that night, people started to trickle in, but alas! Nature had thrown us a curve ball! It began to rain heavily.

The electricity went out and people began to run in order to shelter themselves from the storm. All our preparations began to crumble before our eyes. The backdrop of the stage ripped and the speakers came tumbling down. All the volunteers scurried to salvage what they could.

For a short while after, we believed that our efforts had been in vain. We had no electricity or cellular service. Moreover, people had been discouraged from coming to the event due to the rain. Despite this, no one was ready to give up. Everyone sang national songs and danced, still hopeful to break the world record. With whatever equipment we could salvage, popular icons such as Faisal Qureshi, Mani, Marvi Memom and Abid Beli encouraged and energized the crowd.

The first time the group sang “Pak Sar Zarmeen” was at the strike of 12 to celebrate Pakistan’s Independence Day.

The second singing took place an hour later, to break the world record, when the target number was achieved.

Even when the power went out just as we were moments away from starting the national anthem to break the world record, no one moved an inch, such was their determination.  At Faisal Qureshi’s urging, the crowd took out their cell phones and created the most magical atmosphere to achieve the goal.

We sang the anthem twice, the first time with music and second time with Faisal Qureshi leading us over microphone.

Was it all worth it? Most definitely.

The whole experience was not so different from our own everyday lives. Unexpected challenges, power shortages, destruction, despair, constant resistance and  persistent set backs from the beginning of this event, till the end. However, this record highlighted the numerous strengths of our nation; the strong desire of our youth to unite for a national cause; the unbending hope of the youth even when all hope seemed to be lost; the ability displayed by Pakistani’s to join hands and make possible what seemed impossible.

“What will Pakistan achieve by breaking the record of singing the national anthem?”

I have been asked this question many times but refrained from answering it.

To all of the people who asked, here is my answer – it is not the record itself but the purpose it serves that is important; uniting for the sake of Pakistan to sing the anthem, in a country ravaged by differences. The journey of a thousand miles begins with the first step and I see this event as the first step in the right direction. Pakistan has given us plenty of gifts and on Independence Day, Pakistan deserves the gift of a world record for all Pakistanis.