Ralph broke the Internet and with it our expectations 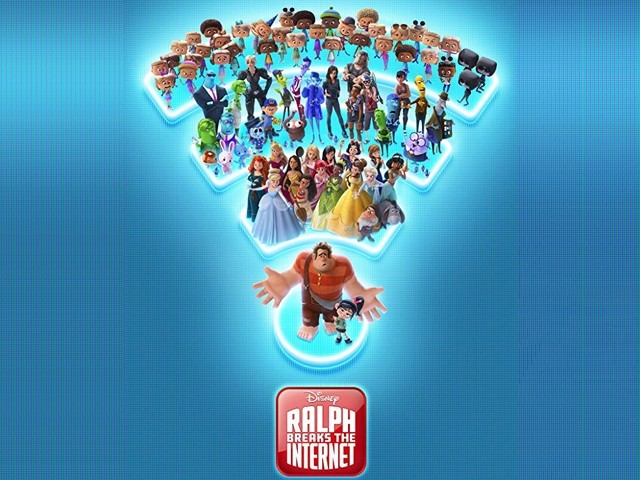 Instead of sticking with the original setting of arcade video games, the action has now moved to the Internet. PHOTO: IMDB

Six years after charming us with the thoroughly entertaining Wreck-It Ralph, Disney revisits the world of the much loved 2012 tale in Ralph Breaks the Internet, a cute but uneven adventure that reunites us with familiar characters from Disney’s many franchises.

Instead of sticking with the original setting of arcade video games, the action has now moved to the Internet.

After their attempt to have a new adventure within Sugar Rush goes awry and leaves the game unplugged, Wreck-It Ralph (John C Reilly) and Vanellope (Sarah Silverman) have to go off into the Internet via the arcade’s newly installed WiFi router in order to obtain a new wheel for the game on eBay.

How they go about the acquisition is ridiculous but cute, until about halfway through the film when things really start to derail.

It turns out that their friendship has actually become toxic. After stumbling into the online game Slaughter Race, Vanellope wants to stay in the Internet while Ralph wishes she’d go back to the arcade so that they could remain close friends.

There’s a message of letting your friends go embedded into the storyline, but it is very clumsily delivered. Seeing how all the other Sugar Rush racers have been adopted by Fix-It Felix Jr (Jack McBrayer) and his wife Sergeant Calhoun (Jane Lynch) who are now raising the girls, isn’t Vanellope supposed to be a child? And we’re expected to support her decision to abandon her responsibilities as a Sugar Rush character and go off into the Internet alone and unaccompanied, and become part of a random, shady, dangerous racing universe? Umm, okay Disney, if you say so.

Also, leaving the arcade setting for the Internet doesn’t turn out to be the best choice for the sequel. It’s the arcade and its characters that we fell in love with the first time around. Keeping Ralph and Vanellope together instead of giving them out-of-character co-dependence and creating a plot revolving around video games rather than visiting the Internet would have been a lot more rewarding.

Moreover, the Internet setting is about a decade (if not two) too late to seem clever. It’s a shame too that the film doesn’t make the most of this choice, using the Web for sight gags and disposable jokes instead of delving deeper and doing something original and inspired. They were probably bound by the movie’s PG nature to stay away from the grittier, nastier sides of the online world.

Disney shoehorns a plethora of references, cameos and Easter eggs into the proceedings, many of which revolve around the Internet, but a handful of which are reserved for Disney itself. The much-talked-about scenes featuring the Disney princess sorority are entertaining despite being an exercise in superficial self-awareness. There is enough product placement here to give you vertigo, although amidst all the self-referencing, there is still the occasional moment that really leaves an impression (RIP Stan Lee).

Design-wise, though, the visualisation of the Internet is quite impressive and the animation overall is bright, colourful and very well done. The voiceover by Reilly and Silverman is, once again, terrific. The new characters, including BuzzzTube algorithm Yesss (Taraji P Henson) and Slaughter Race racer Shank (Gal Gadot), are entertaining but not nearly as memorable as the originals, like the aforementioned Fix-It Felix Jr and Sergeant Calhoun.

Directed by Rich Moore and Phil Johnston, Ralph Breaks the Internet is a tad slow in parts and meanders because of its odd storytelling choices, but its message of chasing your dreams and supporting friends might resonate with viewers despite its awkward delivery. On the whole, while it may not be as essential and memorable as the prequel, this sequel is still a sweet-natured, emotional ride that proves to be fun.