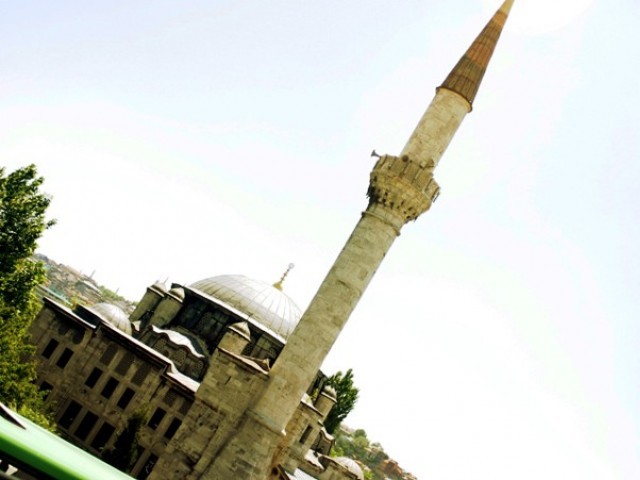 When my friend posted the line ‘guns and rozays’ as his status a couple of days ago I could not imagine how close to the truth it was going to be and how the phrase would be the only one appropriate to describe conditions after yesterday night’s shooting in Karachi.

Last night my father was forced to return home before he reached the masjid.

He did not pray tarawih. Why?

Because of what a never ending sound of gunshots that rang out at the exact same time that my father and many others stepped out on the way to show God gratitude. Now, vandalism has reached the mosques. Political thugs decide to show their strength by circling outside the prayer buildings waving weapons like they’re throwing glitter around.

I’m not going to name any party – none of them are absolved of the blood they have accumulated on their hands these past few months.

You know what the saddest bit about yesterdays outright act of violence is?

The perpetrators had no regard for anyone. The fact that the masjid was a block away and my father still had to return proves how real the fear is.

The fact that every time gunshots are heard on my street and my parents shout “get down flat on the ground” proves it.

The fact that I can’t descend my stairs to buy fruit and vegetables proves it.

The fact that it is Ramazan and violence and bloodshed still spreads like wild fire even in this pious month prove that.

It is a sad sad world we live in. Sadder still because the only thing we can do is talk about how wrong things are and hope that one day we get a  chance to do something about it. I’ve tried but stopped at the thought of anything happening to my family when I got some  not-so-subtle-messages from members of political parties.

I end this with  something Mother Teresa said hoping praying that people realize the significance of her words.

“If we have no peace, it is because we have forgotten that we belong to each other.”

A business student at SZABIST who loves photography.

10 things I learnt as an intern

Shame on us Muslims