Master of U-turns, leader of none 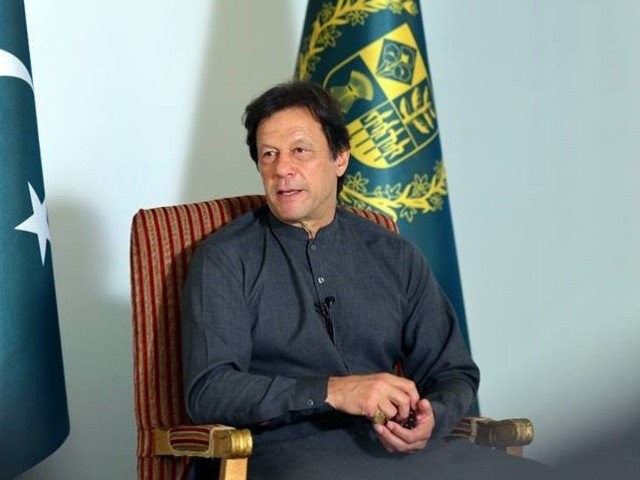 The rationale given by Imran Khan and PTI’s senior leadership is that changing your stance is acceptable as long as the end justifies the means.

A few days ago, a statement made by Prime Minister Imran Khan started to generate a lot of interest on all media forums. Imran, who is also satirically called “U-turn Khan” for his habit of retracting his lofty statements, tried to defend this practice by stating that a true leader always takes a timely U-turn. Elaborating, he then came up with the analogy of Adolf Hitler and Napoleon Bonaparte’s fatal decision to continue their advance into Russia instead of taking a U-turn, an error which resulted in heavy casualties. According to Imran,

“One who doesn’t take decisions according to the demand of the situation is not a true leader.”

This statement has not only created a lot of backlash from the opposition, but has also led to hilarious memes and jokes on social media.

As expected, the Pakistan Tehreek-e-Insaf (PTI) leadership is going out of its way to explain the “real” meaning of their leader’s latest verbal gaffe, with President Arif Alvi stating he has taken U-turns every step of the way. Needless to say, the army of PTI supporters is once again doing what it has always done: indulging in an invective-laced defence of their leader.

"U Turn" is Evaluation. It is Assessment, Rating, Estimation, Ranking, Weighing up, Consideration, Analysis.
Proper evaluation of results (whether to take a U Turn or not) is crucial. There is a huge difference between "A U Turn" and "A Blatant Lie"

While dictators find it difficult to do course correction, leading their countries into disaster, democratic leaders have ability to do timely course correction when needed! Historic ex is Churchill & UK's total reversal of Chamberlain's appeasement policy towards Nazi Germany!

A friend of mine justified his changing stances with the following words:

“How many decisions have you revisited in life? Is it a thing larger than life? Adaptability is the ultimate survival, and then that’s a U-turn as well. All of us learn over time. Nawaz Sharif just took a U-turn on the Qatari letters. In every discipline, if there is no revisiting there is no progress. That’s what the best schools teach. What’s the big deal about it?”

Another friend requested me to think like a corporate boss and asked,

“Is taking an alternative strategy wrong?”

His sentiments were echoed by the PTI as they gave the example of Jeff Bezos, the founder of Amazon, to justify Imran’s U-turns.

Perspective from Jeff Bezos on “Flip Flops”…. more popularly known in our world as “U-Turns”. A crucial part of leadership qualities. Changing your mind, and reanalysing your own theory is a mark of good leadership. A must watch for those who can’t understand :) pic.twitter.com/Ca4jhmWECY

To be honest, no politician I know has remained steadfast on each and every promise they made in the past. This includes towering figures like President Barack Obama, who broke several of his campaign promises. In India, Narendra Modi’s government has done the same. There is always a difference between campaigning and actual governance, as the latter is often dictated by several constraints. As someone who has worked in a public sector institution, I fully understand the several conflicting considerations faced by policymakers.

So yes, to be honest, literally everyone changes their stance in politics. So are critics being unfair to Imran and his party? Before we answer that, let’s assess a list of Imran’s U-turns.

1. Imran claimed he would never go for the so-called electables as his party was ‘different’. But he went on to give a large number of tickets to them, making these electables one of the main reasons for his party’s vote surge in the 2018 Elections.

2. Politicians such as Sheikh Rasheed and Pervaiz Elahi were labelled robbers and thieves by Imran in the past. At the moment, both are coalition partners holding important portfolios in the PTI government.

3. Before the Supreme Court (SC) verdict against Jahangir Tareen, Imran made tall claims of kicking him out of the party if proven guilty. However, despite Tareen being disqualified by the highest court, he continues to attend cabinet meetings and wields a lot of power in both, party and governmental affairs.

4. Imran also assured the people he would never go to the International Monetary Fund (IMF) if elected, and went to the extent of saying he would prefer to commit suicide instead. Likewise, he also criticised the Pakistan Muslim League-Nawaz (PML-N) government for asking Saudi Arabia for money. And yet despite such hard rhetoric, Imran’s government has not only gone to the IMF for a bailout package, but has also sought $6 billion from Saudi Arabia’s on undisclosed terms, among other countries.

5. Imran constantly spoke out against nepotism in the past, but some of the appointments in his cabinet reek of nepotism, which even forced the SC to take notice.

6. After becoming the premier, Imran took two major U-turns on issues of minority rights, despite showing bravado initially. First was the case of appointing Atif Mian to the Economic Advisory Council (EAC), in which the government promised to stand firm in response to the immediate backlash. However, it then quickly crumbled under pressure and withdrew Mian’s name.

In the second case, once protests began immediately after the Aasia Bibi verdict, Imran addressed the nation and condemned the Tehreek-e-Labbaik Pakistan (TLP) in unequivocal terms, promising strict action if they tried to collide with the state. After the statement that won over many critics, including me, he went on to China while the country burned in his absence for three days, with no effort taken by the state to establish its writ. After three days, the government virtually capitulated and entered into an agreement with the TLP.

I can go on and on, but am unfortunately constrained by space.

So how do we realistically judge Imran here? Is he in line with the rest? Or is there something “extra special” which makes him an outlier?

Frankly, some of the U-turns can be defended as normal political behaviour. Calling Elahi and Rasheed corrupt and then allying with them is not a big deal. In fact, the Pakistan Peoples Party (PPP) and the PML-N have done worse, as the PPP suggested the Q in Pakistan Muslim League-Quaid stood for qatil (murderers), and then forged an alliance with them. PML-N also has a long history of forming such alliances. Likewise, Imran can be forgiven for bringing in electables as well. You cannot change anything without them, as they wield a lot of influence in their constituencies and our rural politics is based on patronage. To get the numbers, you must give them tickets.

However, problems start emerging in all other areas. The first major problem is the way Imran and his impressionable followers tried to market their party. For years, Imran has portrayed himself as “steadfast”, advising others to “never compromise”, and the slogan “Naya Pakistan” is supposed to embody that difference. Imran has ridiculed people who compromise and has consistently called himself an idealist. But when you are yourself willing to compromise after this, then frankly some of the U-turns are hard to swallow, especially when your main selling point is that you are different! Context is important here, and with Imran we have consistently seen that U-turns are not the exception but the norm. The sheer frequency alone is mind-boggling.

Secondly, we should also consider the grounds on which some of the U-turns have been taken. Islamist parties learning to compromise is progressive and shows evolution. German parties of different orientation coming together to thwart the extreme right-wing is laudable. However, I am not sure that taking a U-turn on Mian’s appointment is anywhere close to that; it merely showed a pathetic lack of resolve.

The worst, of course, was backtracking on Aasia. With that surrender, Imran basically proved that the Pakistani state should not and cannot be taken seriously. It has set a precedent that literally any zealot can gather a few thousand men and force a government into accepting objectionable terms. PTI’s U-turns are thus not progressive in nature – they are merely acts of petty opportunism.

Not only that, Imran’s party is spinning the term ‘U-turns’ by using Bezos’ example. The very fact that running a business and a country are vastly different things escapes the imagination of this party. Yes, businesses change their strategies, but changing one’s strategy is very different from outright lying to the public. The analogy would be correct if Bezos deliberately misguided customers and then justified it. Clearly Bezos did not mean what PTI is trying to imply.

When leaders take U-turns, even on trivial issues, they create a trust deficit in the government. What Imran is doing is not “corporate strategy” or “revisiting original stances for progress”; it is mere cowardice.

Lastly, Imran is taking explicit pride in these U-turns. While we all compromise, glamorising these steps is not right, particularly when you have impressionable “educated” supporters. Right now, these so-called “educated” supporters are at the forefront of defending Imran’s latest nonsense. It’s indeed a sad sight, as they are defending what cannot be defended. I pity my friends who are giving spins to Imran’s backtracking, for I seriously think education should enable us to be critical and reflective. When you start justifying nonsense as “adaptability” or “corporate strategy”, it merely shows you have lost your ability to think critically. The irony is that these individuals show an extremely derogative attitude towards supporters of other parties by calling them as Jahil Jiyalas or Patwaris.

When the educated start defending what cannot be defended, I fear for the long-term future of this country.