The Grinch: A memorable story’s unmemorable (and uninspired) adaptation 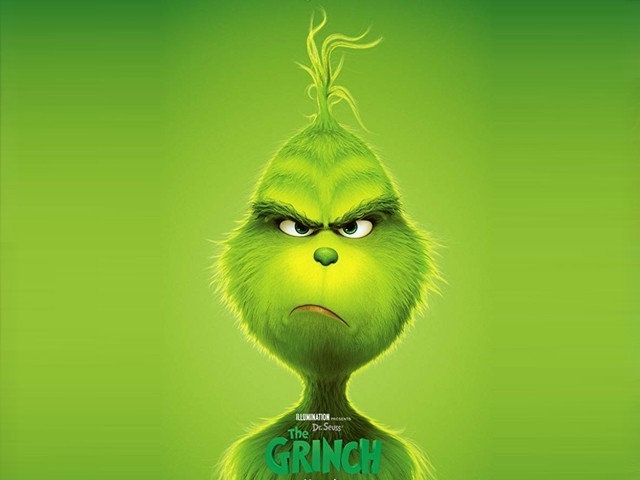 The directors, Yarrow Cheney and Scott Mosier, haven’t brought anything new to the big screen with this project. PHOTO: IMDB

Illumination Entertainment clearly has a thing for anti-heroes. The animation studio has practically established itself on the popularity of Gru and the minions, making billions by telling tales of the lovable super villain and his endearing helpers. And now, their love affair with sympathetic villains continues in The Grinch, yet another adaptation of Dr Seuss’s well-known Christmas classic.

Based on the 1957 book How the Grinch Stole Christmas! by the ever-popular children’s author, the movie retells a story that has already made its way to the screen twice before – in the form of a (beloved) 1966 animated television holiday special and a (significantly less beloved) 2000 live-action feature film.

We return to Whoville yet again in the 2018 movie, and find the Whos ever-so-excited about celebrating Christmas. The grumpy Grinch (voiced by Benedict Cumberbatch), however, is not nearly as enthusiastic about the merry holiday. He ends up so disgruntled by the festivities that he decides to put an end to it all by stealing Christmas. With the help of his (adorable!) loyal dog Max and a fat reindeer Fred, the Grinch plans to rob all the decorations and presents from Whoville on Christmas Eve. 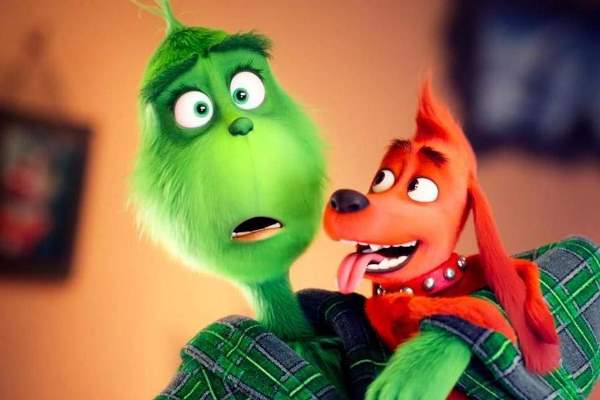 Meanwhile, a little Who girl Cindy Lou (Cameron Seely), the daughter of the overworked Donna (Rashida Jones), decides to send a letter to Santa Claus but fails in her attempt and so comes up with a plan to trap Father Christmas so that she can convey her wish to him directly.

The Grinch and Cindy eventually cross paths, which has a lasting impact on the former’s life. 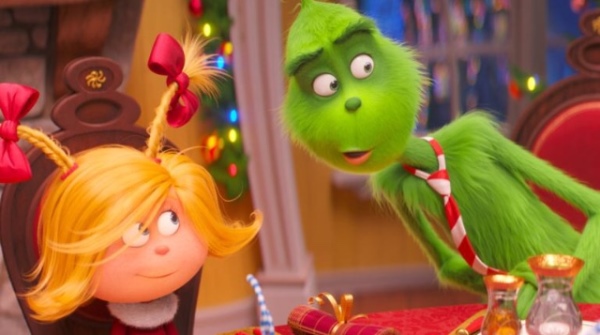 It’s a story well-known by everyone but the youngest of viewers are clearly the only target audience of this redundant remake.

The Grinch adds nothing new to the tale and does nothing inventive with the material. The film needlessly stretches out a short story, more suitable for a half-hour episode, into a one and a half-hour long adventure. The padding comes in the form of slapstick gags, only a few of which merit a chuckle. 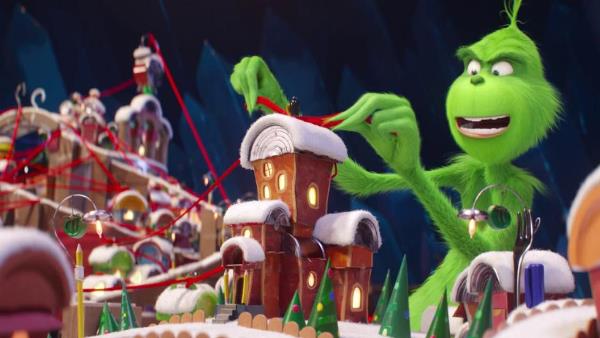 It’s neither particularly interesting nor quite exciting. But it isn’t a terrible mess either. It’s all just … okay. It’s watchable. It’s serviceable. A regular cartoon meant to entertain children who aren’t familiar with the story already and who can enjoy a trip to the weird world of Whoville, which is fittingly colourful, festive and visually inviting. 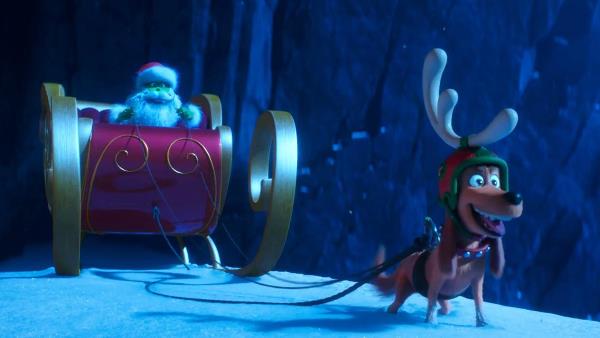 Nothing about the film is exceptional though. The voice acting, too, is adequate. The only actor who really shines is the vibrant Seely in the role of Cindy. Cumberbatch is fine in the titular role but he doesn’t make the most memorable Grinch. And Pharrell Williams as the movie’s narrator? What? Why?!

Overall, this new version of The Grinch comes off as uninspired. It’s all a bit drab. And the occasional odd song choices – ‘Mambo No 5’, anyone? – don’t help either. The directors, Yarrow Cheney and Scott Mosier, haven’t brought anything new to the big screen with this project. The little ones will find it enjoyable but the grown-ups are likely to find it all too familiar and quite unnecessary. Ultimately, The Grinch is adequate but unexceptional in most aspects. It isn’t memorable, and it definitely isn’t essential.