Do we need new provinces? 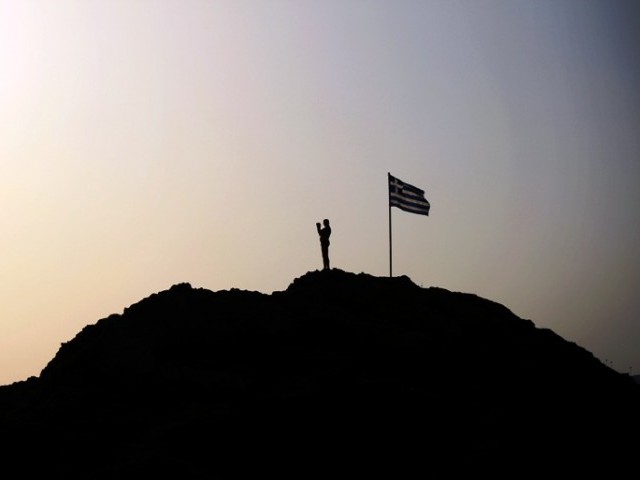 The idea of creating new provinces is an old one. For years different ethnic groups have been seeking the creation of their own provinces and for years these voices were ignored. But recently this issue has popped up again –  this time it feels like something might actually happen.

This is because political parties now want to publicly discuss this issue and take a stand. For years the issue has been raised in drawing rooms but never on a public platform.

So, do we even need new provinces?

All the cool kids are doing it

A great example of this is India and Nigeria: in both cases, the governments have created new provinces as and when the need has arisen. Since 2000, India has created at least six new provinces mostly for better administration and satisfying public demands. The local government in India has improved drastically in part for the smaller administrative units and it has also helped curb the once troublesome threat of multiple insurgencies by local communities against the government.

In Nigeria’s case, they increased the number of provinces from 3 to 13 and then to 36 in a period of 60 years to reduce ethnic conflict and dominance of any one ethnicity. This has helped Nigeria break the dominance of the Hausa Fulani, the largest ethnic group in Nigeria that makes up about 30 per cent of the total population while also helping the country become a stable democracy after being run as a dictatorship for over 20 years.

What works for us?

Based on the past creating new provinces is a great idea. Also, given the sort of issues Pakistan faces it is logical to create smaller administrative units.

In addition to that, if we see the sort of growth that has taken place in all four provinces, there is a clear indication that the development budget and level of growth reduces on average based on the distance of the area from the provincial capital. This uneven growth has led to resentment in various places. While people in major cities enjoy most utilities; people in far flung areas fail to make the priority list when development budgets are being distributed.

So, in short, having more provinces makes sense. It will help governance and it will address the issues of neglected parts of the country suffering from uneven development that has been taking places for over 60 years now.

What is the fuss about?

Why don’t we just create more provinces and get it over with rather than dragging this issue through the mud and playing politics?

Well, the answer to that is straight forward as well. The reason that the whole new province issue is being dragged along is politics; specifically the electoral politics of creating new provinces. As things are PML (N or Q) have a strong hold in Punjab, PPP and MQM have a hold in Sindh, Balochistan is s toss up but PML-Q and PPP have an edge there and KPK is ANP or JUI plus Allies. Now this scenario is simple enough, there is a status quo in place and it works for most parties.

If new provinces were to be carved out of the existing ones, it would mean loss of political might and seats.

So, if there were to be new provinces what would happen is something on the following lines:

What happens to Punjab?

On its own Punjab makes up 60 per cent of the population. This gives the province an edge on nearly all matters, be it policy or implementation. Sheer numbers ensure that any party that can just manage to do well in Punjab will automatically do well nationally – case in point PML-N. This creates resentment among other provinces, which put together, do not have the same amount of seats in the National Assembly.

At times Punjab is accused of pushing through its agenda without regard for anyone else. Now what a lot of people fail to understand is all of Punjab is not the same. South Punjab or as it is better known as the Seraiki Belt, is primarily made up of the Seraiki community who are a different ethnic group. Then there is the State of Bahawalpur, which was once a princely state. In the north, there is the Potohar Belt. Again they have their own language and are ethnic Potohari. Plus in the Center is there is the GT Road Belt. Now in the present circumstances, PML-N does well in the Center and the North, but the Southern Punjab area is PPP and PML-Q.

So if new provinces were to be created, it would mean that South Punjab becomes two provinces, Central Punjab becomes one province and Potohar becomes another one. This changes the dynamics not just for Punjab but for the whole country.

The idea that ‘if you win Punjab you can run Pakistan’ becomes redundant as the overpowering 60 per cent Punjab majority is watered down.This works well for PPP and PML-Q who have new political power in the south, while leaving Potohar open. So, effectively PML-N gets relegated to Central Punjab and Northern Punjab, drastically losing political power and influence.

Hence the reason that PML-N is not in favor of new provinces while PPP is pushing for it publicly. But all in all it is good for the people who will have better service delivery courtesy localized structure of governance.

What happens to Sindh?

Sindh if divided up in further provinces would probably end up with two units, One being Karachi-Hyderabad and the other being rest of Sindh. This means MQM takes one and PPP takes one. For MQM this is excellent – they get to run a whole province, albeit a smaller one but a province nonetheless and they get to consolidate their political hold.

But for PPP, this is just wrong; right now they run all of Sindh and have large amounts of resources at their disposal to still have a fighting chance of winning seats in Karachi. But if they agree to more provinces they will lose this advantage in terms of resources and power. This is why PPP, although talking of new provinces elsewhere, is not even mentioning provinces in context of Sindh.

What happens in Khyber Pakhtunkhwa?

Ever since KPK got its new name, there has been a vocal movement within the province to create a new province for the people of Hazara who felt left out because of ‘Hazara’ being left out of the name KPK. Their campaign for a new province has been a united and organized effort where smaller groups have come together to seek a new province carved out of KPK.

Politically, KPK is a tossup between ANP and religious parties. But, if Hazara were to be made in to a separate province, it would be politically dominated by PML-N and PML-Q, who have consistently won in Haripur, Abbottabad and Hazara. Plus it would mean loss of major cities like Abbottabad and Haripur for a province like KPK that does not have that many urban centers to begin with. So while ANP and Religious parties are reluctant to back the call for a separate province, PML-N and PML-Q seem to be up in arms over the creation of a new one as it tilts the political dynamics in their favor.

What happens in Balochistan?

Area wise the largest province in Pakistan and also the least developed Balochistan is a perfect case for where new administrative units/provinces are needed. The treacherous terrain and inhospitable weather make it irrational to run such a vast space from just one city that is at times over twelve hours away.

Secondly, the way development has been going it would take years to get even Quetta at par with rest of the country let alone rest of Balochistan. Politically, it would hardly make a difference even if the province was divided in to various smaller provinces, because regardless of party, the local strongmen would win based on clan power.

So, we know that we need new provinces and that it would change the overbearing influence of Punjab in the politics of Pakistan. In addition, we do also know that political parties support more provinces in areas that are not controlled by them for obvious political reasons. So what is the fuss about? Well the fuss is about how to create new provinces? Based on ethnic lines or administrative lines?

Now my answer to those questions is: honestly, it does not matter.

Ideally in the backdrop of the 18th amendment where the provinces get a lot more autonomy and rights, it would make sense to have provinces on administrative basis but even if they were on ethnic lines it would not make that big of a difference. Yes there will be more ethnic polarization if the provinces are made on ethnic lines but then again we are pretending as if we do not have that already.

So while our leaders point score, what needs to be kept in mind at the end of the day is the fact that more provinces is good for us as a country because we get more equitable development, localized bureaucracy and better governance. None of this is going to break this country up, because breaking a country up is not a joke it does not happen because you made more provinces to provide marginalized areas more representation. If anything it will strengthen Pakistan further.

Now if only our politicians and the establishment can see it this way too.