The every day kind of fanatic 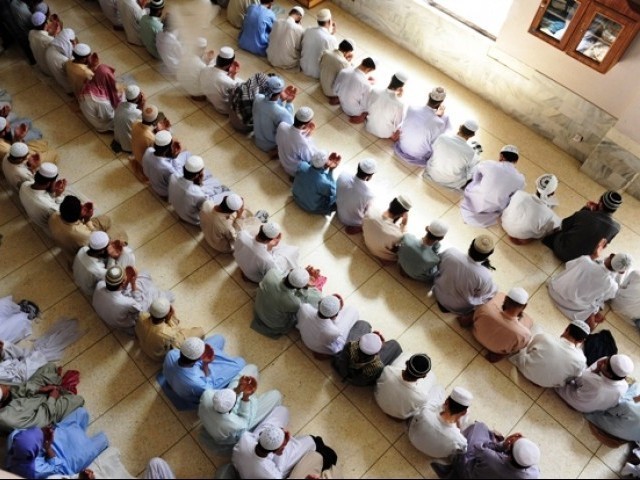 On a cold December afternoon of 2009 my Uncle and 16-year-old cousin were martyred in a bomb blast in Rawalpindi.

Earlier that year, I had heard the term suicide bomber and figures of casualties on the TV innumerable times. But each time, there were a few moments of grief and then I would go back to finishing dinner or doing my homework. The reality of these words didn’t sink in until I lost my own dear ones to an act of religious fanaticism.

I will always remember the smell of gun powder, roses and blood in the air from that tragic day. The wails of my aunt who lost her son still ring in my ears. To think that this heart wrenching tragedy has struck and continues to strike thousands of households all over the country is a thought that makes me swoon with grief. And what grieves me ever more is the fact that apparently all this bloodshed is in the name of Almighty God. Oh, the irony.

This incident left a deep impact on me.

It did not drive me away from the religion in the name of which I lost my loved ones. Rather unconventionally, I became a more faithful Muslim. Prior to this incident, I had not been a very devout Muslim. I prayed once in a while and observed Ramazan as more of a cultural tradition rather than a religious obligation. But the recent turn of events have instilled in me a faith in Allah stronger than I could have ever imagined possible. And by that, I mean faith in the very soul of Islam; that which tells us to be just in every sphere of life, which commands that we practice selflessness, that preaches moderation and above all, expects us to exhibit tolerance and respect towards others and their beliefs.

To be concise, I chose to be a follower of the spiritual Islam rather than the physical.

My attire might not reflect my identity as a devout Muslim. I must confess that I wear jeans quite often and I don’t believe that I will be directed to the fiery pits of hell for that. I have come to realize that faith is primarily about the inside and not the exterior. If you pray five times a day yet continue to exhibit an intolerant conduct towards those who are different from you or of a less fortunate social class then you can forget all about hoors, I’m afraid.

The Taliban culture is the traditional kind of religious fanaticism whose threats are pretty evident. But when we speak about society in general fanaticism of another kind is prevalent which is considered rather harmless and entirely socially acceptable, even encouraged, and that is the tradition of “holier than thou.”

“He offers prayers regularly? What a pious young man!”
“She practices hijab? What a virtuous young girl.”
“Did you hear so-and-so supports Salman Taseer’s stance? Tsk, tsk. Some people just have no sense of morality.”

Is this our standard of judging a person – by what they wear?

Can we honestly judge somebody’s character by what they appear to be like on the exterior?

Now, let me assure you all that I have absolutely nothing against women who cover their heads or people who are steadfast in prayers. To be honest, I am in awe of their dedication to Islam. But often at times, this particular “dedication” leads us astray. The cultural judgments that have been ingrained in us by birth start taking root more firmly than ever. Women wearing sleeveless shirts become all the more immoral. Fan of Lil’ Wayne’s music seems all the more sinful.

My utterly conservative aunt feared I was an apostate when I made the mistake of being somewhat gloomy over Facebook being banned in Pakistan over the sketches of Prophet Muhammad (SAW). I love my Prophet (SAW) as much as the next Muslim but seriously, people, in a world where millions of his followers are physically and publicly targeted, can Muhammad (SAW) possibly care about what happens on a social networking website? Is this the way to defend him? How about spreading peace and love instead? Or maybe that’s too radical for our religious fanatic brothers and sisters.

This kind of religious fanaticism is so deeply ingrained in our society’s psyche that anybody who dares to rebel against it is automatically termed an apostate. In my opinion, this psyche is far more harmful than the explosives terrorists use.

“What nonsense. The Taliban are killing people! How does my innocuous judgment equate with that?” you might argue back. Well, with all due respect, genocide can begin with bullying in a high school court yard. The moment you judge and then voice that judgement, your opinion has lost all objectivity and thus, you lose all sense of Good and Evil; Which is why it is better to leave the judgement part to the higher deity i.e. God.

As a result of the conservative mindset of our society as a whole, a generation is growing up with these fanatic ideas being shoved down their throats by media and society. Freedom of speech, opinion and faith might just become a myth.

For our society to grow, we must begin by preaching moderation. Admitted, it will not be too popular an idea. But we could always preach moderation in the name of God. That might just work.

A recent high school graduate who will be majoring in social sciences from LUMS this fall. She is a YES alumna, youth activist and blogger.