American life through the eyes of a Pakistani 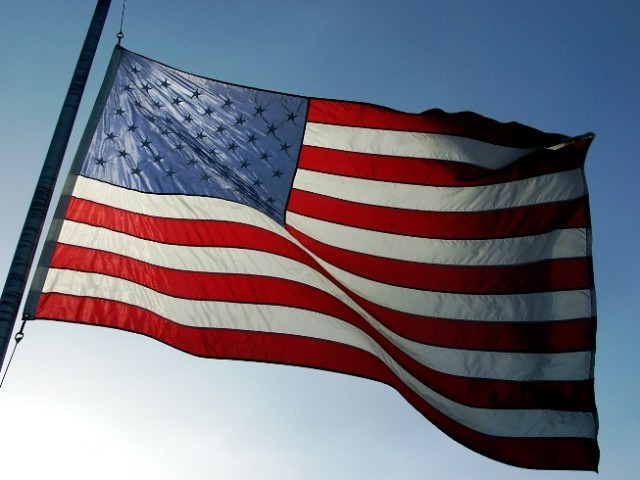 Today, it is common for young Pakistani men and women to go to the United States of America for higher education. My friends ans I are a part of this percentage of Pakistan.

Let me be the first to tell you that it’s not that easy to get there in the first place.

You apply to countless universities; receive lots of rejections and a few acceptances. It is then up to you to decide where you want to go. Are you a big city type of a person? Or would you prefer a more of a small-town feel?

Once you have finally decided where you want to go and you’ve paid the university you will be attending the registration deposit which is about $700 (completely pointless money making scheme) comes the issue of applying for your visa. This is an extremely tedious process; you have to deal with loads of paper work. Filling out forms that require you to disclose your family’s travel history from the year 1910 till the present day and what not, but we still answer all their pointless and absurd questions because you see, we must get out of here!

Who would want to stay in Pakistan, right?

On my way to the USA

You fill out the forms, get a date for an interview and then the next 3 weeks or so are spent in anticipation, severe stress, going over the capital cities of all the 51 states of the US, trying to learn the names of all the NBA teams; all this just so you might seem more “American” to the interviewer.

We go through all this trouble and when we show up to the US embassy at 8 o’clock in the morning in the blazing July heat all they do is make sure that you have the money to pay for four years of college and that after college you will return to Pakistan.  That’s it, end of story.

All they want to do make sure of is that you will pump money into their education system for four years and after doing that you will return to your country and look for a job in Telenor or one of the many other multi-national companies that have been investing in Pakistan due to its booming economy and the highly efficient government.

So you’re set then; you’ve got the visa, you’ve got your ticket (flying economy on a Middle Eastern airline by the way, because all of your money has gone towards paying for visa fees and other deposits.) And we’re off.

You reach Abu Dhabi; you have a 15 hour layover and then fly to… let’s say Washington D.C.

In the land of opportunity

So you finally land, and of course you remember to say thank you to the air hostesses in your new found American accent.

Once you are at immigration you are asked the same questions you were asked when you got your visa.The officers asks you what kind of vegetables you are carrying with you on that particular day, which firearms you decided to bring along and how many times you personally met Osama Bin Laden.

Once you’ve answered these extremely relevant questions you move on out of the airport and hail a cab. The whole ride you think about how unbelievable it is that you are finally in the country where all your favourite movies have been made, you tell yourself you’ve seen that building in some movie and you take picture with your brand new Blackberry to upload it on Facebook.

And then, something unexpected happens.

You reach your destination and contrary to what everyone has told you, the locals are actually nice to you! It’s the Pakistani’s who try to keep their distance. They don’t seem to want to be associated with you, they don’t seem confident enough to let everyone know they are from Pakistan. But it’s okay, because you’ve already made tons of American friends. They are all really nice to you and make you feel really comfortable. They ask you plenty of questions because they seem to know that everything they’ve been shown on TV can’t mostly be true. And that’s when you realize it’s not the American people who hate us, not even the American government.

They do not have any hidden agendas against us; they do not want to harm us.

They just want to make sure that we will in no way harm them. When they see that you will not, you are welcomed as one of them. You have been accepted.

You see, it is not America or the American people who have developed this feeling towards us, they had no need to. It is the hero of many, Mr Osama Bin Laden and his countless followers who have done this to us. They have cast doubts upon us; they have made sure that we are the last ones to be looked at when there’s a job opening even though we might have a better GPA then most of our class.

My mission in America

I went to America to study, to get a degree and maybe a job after that if I’m lucky. But my mission in America has changed drastically since I got here. I want to change perceptions in whatever way I can. I want Americans to know that we are not the enemies and that we are victims of this terrorism, perhaps more than anyone else in this world.

In America, we must prove we are better than what they have been made to think of us. We must work hard, always remain ethical, never forget our values but at the same time try to assimilate ourselves into the American culture. Assimilating yourself into the American culture doesn’t mean you have to drink a beer every night but it does mean that you try to play basketball instead of cricket while you’re there.

They should want us to stay in their country. Right now we are weak and we need them. But we must change that and it is no easy process. To change the way they look at us Pakistanis we must change our behavior.  We cannot go there and attempt to blow up bombs, it is not right.

Sure, they’re not treating us in the best way possible right now, but why should they?

We fostered the world’s most wanted terrorist, Pakistani’s tried to blow up Time’s Square, Pakistani’s funded terrorist organizations and Pakistani’s come from a country that is nuclear powered and is reportedly on the brink of collapse.

If we do not change ourselves, then it is only a matter of time before we are denied entry not only into the United States but into every civilized society in whole world.

An undergraduate student at the Marietta College in Ohio