The only reality in a world of make-believe 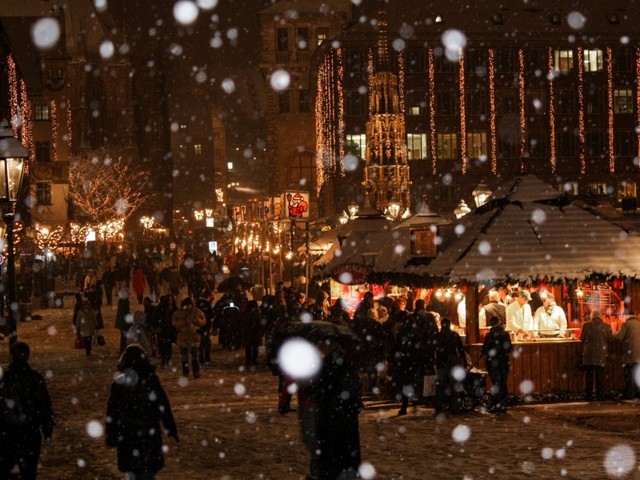 The carnival crowd kept flowing in waves closer to the stalls, like a river meeting its banks. PHOTO: PINTEREST

They say if you look at a person long enough, they will look back.

It was a cold winter night. The kind where frosted beams of moonlight ascend as an enchantress and cast a spell with a mystical silver wand. Cool air driving away heat faster than bodies could replace it.

The whole world slowed down under flossy, dove grey skies and people wrapped their arms tighter, pulling shawls, coats and themselves a little closer. Breaths became visible, almost tangible, under sporadic streetlights, as late autumn leaves crunched like sugar under hurried steps. The carnival crowd kept flowing in waves closer to the stalls, like a river meeting its bank.

With his jacket casually cradled upon one arm, he brushed back a lock of rich chocolate hair, looking everywhere for her. Scanning the arena, he followed a single henna-coloured leaf pirouetting down an invisible spiral, spinning through the air as it gave up all control.

It shivered, ready to be whisked away at any given second by the grip of an icy wind. The rusted leaf blew between them, its shiny, vibrant colour effortlessly paling the ambers and coppers around it, as he spotted her standing at a distance.

In that split second, parting the crowd with his gaze, he created a bridge from his soul to hers.

It was unmistakably her.

She wasn’t what we call conventionally beautiful. Her eyes were a great body of water that softly became murky as he looked into them – deep and catastrophic. There was a captivating symmetry about her imperfections. Grace radiating through trivial tasks, like checking the time of the day on her watch, or biting her lip when she smiled. She was slightly jagged, a little broken. Perhaps beyond repair… but worth knowing.

Yes. It was, unmistakably, her.

The world suddenly faded away. Vanished.

Looking at her, he could feel his breath becoming softer, his pensive gaze melting into a smile. The hue of her pink shawl seeped into her skin; a rosy potion that has to be brewed for hours on cold winter nights. The kind that has to burn and boil to really blush.

He wanted to drink her silhouette like a strong wine and enjoy feeling tipsy. His eyes stole some of the stardust sprinkled by her laughter, as a piece of his heart lay chained at her feet.

He wanted to read her, learn her like a verse and commit her to memory – for the rest of time.

She was magic. Magic only he could see.

A dense, earthly sweet smell arose from the ground around him, enveloping everything within its soft embrace. The sky suddenly cracked, as if coaxed to do so, and hasty dew leaped onto the ground. Soft droplets of rain fell for her, the same way he did – unapologetically, over and over again.

She remained oblivious to his trance, not realising that he and his heart were not in the same place anymore.

And then, as if his gaze had tapped her shoulder, she turned to grant him a look.

A swift surprising transition; from feeling nothing, to feeling everything. The stars above blinked, a little jealous of the way his salty eyes sparkled to greet hers. Transfixed and committed. Suddenly, language became irrelevant.

She smiled from a distance, as if saying,

He heaved out a sigh, losing whatever was left of his heart.

They knew they were playing hopscotch against the stars – they could never win. But victory didn’t matter anymore. In a world of make-believe, this was the only reality they ever needed.

In that single moment, all the ‘has-been’ yesterdays and the ‘what-if’ tomorrows became meaningless.

And it promised to outlive them both.

The author is an entrepreneur, a social media influencer, a voracious reader and a passionate writer. She can be a coffee snob, with sarcasm as her loyal side kick.

They were each other’s “meant to be”, but not “forever”

You in your sleep, me in my wakefulness

The endless fascination of a window