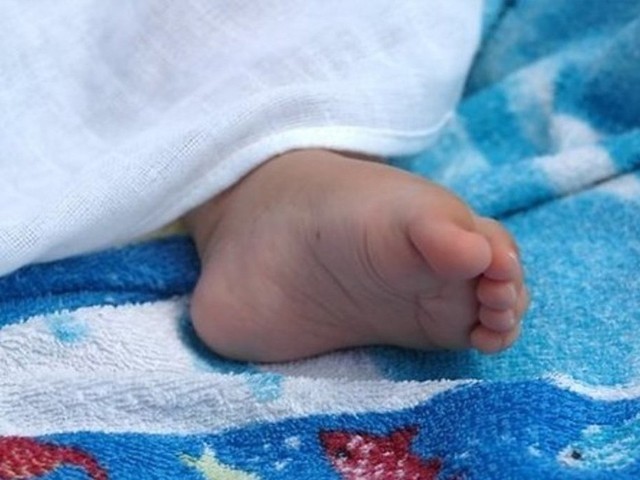 She dared to look down at her child and what a beautiful sight it was. PHOTO: EXPRESS/FILE

A loud cry echoed throughout the silent room, followed by the hustle and bustle of nurses. Sighs of relief were let out along with cries of joy as smiles crept across everyone’s faces. The long-awaited guest had finally arrived. The father swirled in ecstasy as he leapt forward to take the little bundle of joy into his arms. However, this feeling of joy was quick to fade as the nurse brought forth the baby with her head bowed down in dismay.

She walked past the joyous father and placed the small human wrapped cosily in a blanket into the mother’s lap. She gulped in fear for she knew not even the little one’s family will treat it with affection. With a heavy heart, she broke the news that it was not what they were all hoping for.

The room became hauntingly silent. It seemed as though a life was taken rather than brought into this world. Was it because of the impending death of a mother’s love? No, it could not have been, because a mother’s love could not die so easily. However, it was the definite death of the so-called family honour. The glares and stares from all around made the mother feel as though she had committed an unforgivable sin. She was shunned as if she was a maleficent. She heard her mother-in-law wail in grief claiming that all she ever demanded was a son for her child.

She dared to look down at her child and what a beautiful sight it was. Its big round hazel eyes sparkled brighter than the North Star. The small pink mouth cracked into a tiny smile that reached till its rosy cheeks as the baby lay asleep without a care in the world. This poor thing had not a clue of what its future is to hold. Tears streamed down the mother’s face. She caressed the little head gently, as she managed to give a weak smile. At that moment she knew she had fallen in love completely and hopelessly. However, knowing that this love story too will have a tragic ending, she leaned down to kiss it one last time.

Amidst the silence, a loud clap resounded, sending shivers down her spine. She heard the demands to give the baby away for it was no longer hers. It was clear that the little one’s fate had been set in stone but she refused to give her child away. She embraced her child with all her might, using every ounce of energy in her frail body to tackle the arms that were being extended to snatch her most prized possession. Her mind refused to process the idea that whom she bared in her stomach for nine months was not even considered human anymore.

The father forcibly snatched the baby, pushing his wife aside. He swiftly placed it into the demanding arms, out of her reach. She stared at her husband, astonished at the fact that he had stooped below the level of humanity. He stooped so low that he refused to accept his own blood.

Torn into pieces, she fell to her knees begging to be given her baby back. But no one paid any heed to her pleas. She was so baffled by how everyone reacted to a gift from God. Instead of celebrating, they mourned the death of their honour. Forget love, how could they not have even an ounce of empathy for this little living thing? It was a creation of the Almighty, but for the society, it was no more than a nuisance they would soon see on the streets, clapping and begging. It would be just another form of amusement that would be treated worse than stray dogs on the street. Her heart ached at the thought. Who knew the punishment of belonging to the third gender would be so severe.