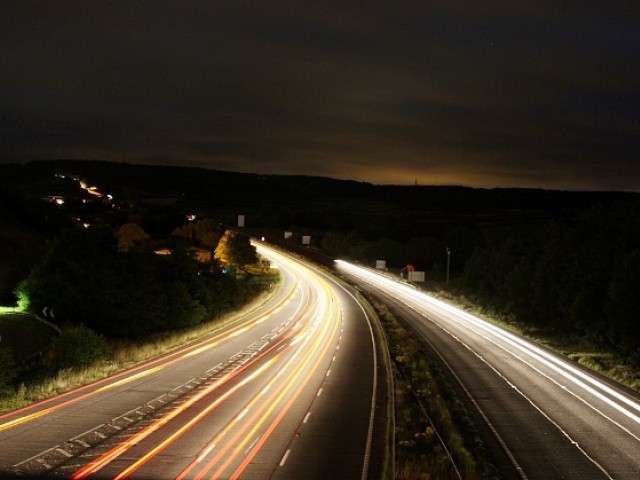 Assumption is the mother of all mistakes (putting it mildly); a phrase that I fully understood on a Sunday morning on my way to Islamabad from Abbottabad, hoping to make the three-hour journey in the estimated time of three hours.

However, the residents of Havelian, a small town near the garrison city, had other plans. Due to a power shutdown in the town a protest was under way and this led to traffic backlog that lasted for at least 20-30 km on the main highway.

I would like to clarify that the fault lies with me. I just assumed, like any citizen of the free world would, that I would reach work in time with the leisurely amount on my hands. I also did not have the foresight to predict the spontaneity of human patience which has the propensity to snap after an 18-hour power shutdown.

It seems that the other commuters had a less ‘supposed’ approach than myself in life and started to manoeuvre the traffic themselves which had not budged since the last gust of wind.

The three hour did away with anymore silly thoughts I might have entertained. After a few stranded baraat parties and ambulances I made a mental note to myself to include risk management in wedding planner as well as health insurance. Remember maths class? Where we used to assume, let the unknown value be ‘x’ — it seemed in this case there were too many unknowns for the equation to give a solution.

One after another illusion was nipped in the bud as I saw some people fanning a poor soul who had fainted in the extreme heat, as I realised not everyone keeps their airconditioning on for an indefinite period of time. It seems the authorities too had some assumptions such as that the average commuter has the metabolism of a cactus.

The adolescents were a picture of misery and were trying to understand why the vehicles were not moving when there was a road? More importantly, if there was a problem, then why wasn’t it being handled? These queries did not have a ‘yes’ or a ‘no’ answer.

All I could think to myself was that they were starting a long assuming journey of their own, on which I hoped they fare better than we currently do.

A sub editor on the city desk of The Express Tribune in Islamabad.

How many PMs does it take to fix an X-ray machine?