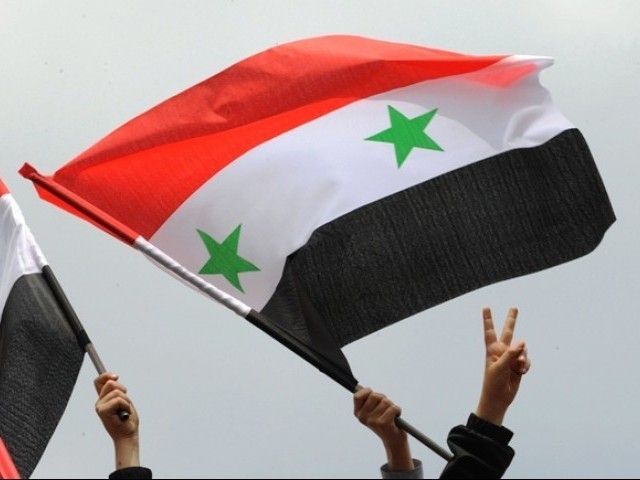 Over 1,700 people have died since  mid-March in Syria, with tens of thousands injured.

Because they have the temerity to ask for their rights, demand the freedom to go out and vote, to elect their representatives and to lead a life without the perpetual fear of the dreaded Mukhabarat (secret police).

Syria, is one of the reclusive countries in the Middle East, slightly more open to the world than the consummate autarky that is North Korea. The country has been ruled by the iron-fisted Assad family and their Ba’athist associates since 1966 with Hafez Al-Assad, the current president Bashar Al-Assad’s father, assuming full control in 1970 through the euphemistically named ‘Corrective revolution’ which was in essence, a purging of Ba’ath party ranks of supporters of his rival and partner-in-power Salah Jadid. There had already been rumblings of discontent against the Assad’s despotic regime with Sunni Islamic groups spearheading a campaign against the regime since 1976.

Things came to a head in February 1982, when the government forced under the supervision of Hafez al-Assad’s brother, Riffat al-Assad engaged in a scorched earth in the city of Hama with reports of at least 10,000 casualties, with some estimates putting the death toll at 30,000 including several civilians.

The recent uprising in Syria has Hama as one of the centres of the uprising with 130 deaths since Sunday, with government troops and security apparatchiks opening fire in the streets on first night of Ramazan as people took part in Maghrib prayers.

Unlike in the uprising in the mid-70s and early 80s, the current protests cut across the social fabric of Syrian society incorporating large swathes of people of all backgrounds, ethnic and religious, although the government has tried to dispel the notion by staging pro-Bashar al-Assad demonstrations in Damascus but the actual extent of the support enjoyed by al-Assad’s regime is hard to quantify given the coercive and brutal nature of his rule.

In fact, the death of 13 year-old Hamza Al-Khatib, from Deraa, captures the monstrous atrocities that remain a cornerstone of Bashar al-Assad’s rule in Syria. Young Al-Khatib was arrested during a protest on April 29 and a month later, his body was handed over to his family bearing signs of severe torture including shattered kneecaps, dislocated jaws, bullet holes, bruises and severed genitalia. This custodial murder by the Syrian security forces has become a touchstone for continued protests against the regime of Bashar al-Assad, with state-sanctioned repression across the country from Deraa, in the south, to Jisr al-Shughour, and evenAleppoin the north, receiving widespread condemnation from Western powers, and sanctions, in the case of the USA.

Bashar al-Assad, a relatively young man, who came with promises of change and a Western education to boot, has shown that education and exposure do not alter the propensity for despotism. Bashar al-Assad’s Syria has a highly restrictive media with state-run TV monopolizing news and telecasts, while access to the Internet has restricted access to websites like YouTube, Facebook, Twitter and even at times Google. VoIP (Voice over Internet Protocol) remains blocked completely in the country.

Nothing short of either a colossal purge of the population (which seems underway) or the overthrow of the al-Assad regime will bring about an end to this cycle of violence, which has seen international journalists barred from the country, ostensibly in order to let the security agencies to slaughter their people in peace.  The silence of the Arab league, in particular, and the OIC and other countries, Muslim and Arab, is both deafening and damning.

Personally, I feel that there needs to be an international effort to end the bloodshed and violence in Syria and deposition of the al-Assad government followed by fair elections under the auspices of an international observers’ body. The typical excuse parroted out by most dictators in the region that they are bulwarks standing between a populist Islamist regime and the safeguarding of Western interests is not valid anymore. These revolutions are clearly not exclusively Islamist even though they may contain an Islamist component. As a first step, the Arab League and the OIC should call upon al-Assad to step down and then create a peace-keeping force to help monitor multi-party elections which are a necessity for the democratization of the region.