I lived with anorexia for 15 years, and no one could help me 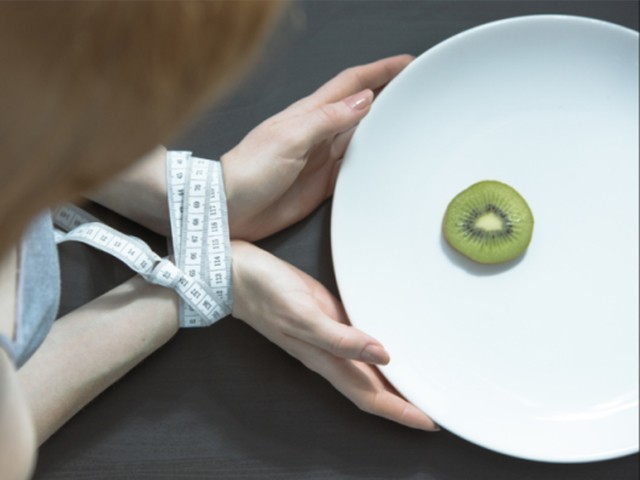 I wouldn’t eat out of rebellion, while other times I would be too upset to eat. PHOTO: SHUTTERSTOCK

I developed anorexia when I was 19. I was going through heartbreak and an existential crisis. I wanted to discover God and also rebel against my liberal background. I wanted to find a purpose for my meaningless existence, and a career on which I could stand on my own two feet. But my parents didn’t understand any of this.

My father was too busy with work and I never really spoke to him; my mother was also too busy with her own life and could never understand me, while my brother was studying abroad and had his own life. While I had no strong emotional connection with my father then, my relationship with my mother grew increasingly turbulent. We couldn’t really communicate, and when I did try to talk to her, she would constantly undermine me or become extremely emotional. Thus, I learnt to deal with all my issues on my own, and when my heart broke, I suffered in silence. There was simply no one I could tell.

All of this led to depression, and I resultantly gained a lot of weight. I lost interest in my appearance, but as I had always been skinny, my friends made fun of my weight gain while my relatives also began commenting on it. Ultimately, indifference led to concern and I developed anorexia. Eventually, this led to illness, including jaundice, which only made me happy as I was losing the weight I couldn’t seem to get rid of. I was happy to be thin again, and started watching my diet to so I didn’t gain it back.

However, by now my mother became anxious regarding my eating habits. We started fighting about eating, which then turned into a fight about why I didn’t want to go out or spend time with friends. It made me angry that she never tried to understand me, and as things deteriorated at home, my anorexia got worse. I wouldn’t eat out of rebellion, while other times I would be too upset to eat.

The darkest hour was ahead, however, as my mother then joined me at my university in Britain to complete her further studies. We didn’t get along, and I began eating only an apple a day, while also walking for two to three hours or standing on my feet the entire day (due to my painting classes). I had lots of coffee and would have dinner, and unsurprisingly, my weight dropped to 33 kilograms (my height is five-feet, five-inches). I stopped looking at myself in the mirror and cringed whenever I saw my reflection, for in my eyes I was still too fat. I always wore loose clothes, and bought a weighing scale so I could check my weight every day.

I don’t know what exactly caused my anorexia. Maybe it was the fact that when nothing else, including my home situation, was in my control, my weight could be. Maybe it was the fear of ridicule, which I received when I gained the weight. I associated the weight with my heartbreak, my depression and my hopelessness, and I did not want to relive that experience. There was also the thrill of eating as little as possible – just an apple or a salad – and walking for hours. It was like going through a dark tunnel in an out of control car, where the only thing you could control was the fuel. Eating more than what was absolutely necessary to survive would lead to gaining weight I didn’t want, so I would starve myself.

Anorexia can be an isolating illness, for no one seems to understand why you are unhappy or hate the sight of your own body – not even yourself. When my parents sent me to a psychiatrist, they did so because they believed I was wrong, not because I needed help. The psychiatrist also never explained to me or focused on why I was acting the way I was, while I felt my parents should attend group therapy sessions with me to resolve our differences.

Consequently, I never told the psychiatrist what I thought or felt, what I feared or believed, and she never asked me any of this either. She never suggested how I should deal with the problem, nor did she question my mother’s role in my illness. I wondered why she never even tried to bridge the gap between me and my parents, or convey my point of view. All I remember is answering questions which seemingly served no purpose, and that she never won my confidence.

Eventually, I stopped going to the psychiatrist and continued living with the disease. My body couldn’t take what I was doing to it any longer, and after university it gained some weight, leaving me feeling unattractive and sad. But I tried to involve myself in my job and my social life, tried to distract myself for the next 15 years, during which my weight fluctuated between thin and what would be considered healthy or the average. I continued to have days where all I did was struggle with it, as I would stand all day to maintain my weight or exercise for hours to lose it. When things got worse again, I developed severe migraines and became a loner, as all I could focus on was my weight.

Now, after 15 years and a month of treatment, my weight is stable. I have gained weight, but I don’t feel fat – and I cannot say how much of a relief that is. Now I only look back in sadness at the time that was wasted obsessing about my weight, to the detriment of a normal social or professional life. I feel I don’t have as much energy as other people my age do, since I abused my body so much when I was younger. Now, with proper counselling, actual medication and my parents taking the time out to actually be there for me, my anger subsided and my illness was finally treated as I learned to not take things out on my body.

I wish I had sought help earlier. I wish I had not been put off by one bad experience and had met a therapist who was more understanding and helpful, willing to spend the time and effort required to help me get better. It would have saved me so much heartache and wasted time, health and energy. The professional help I have today has been empathetic and effective, making me realise just how important it is to seek it. But children of dysfunctional families need special help, and parents can’t just ship them off to therapists, for they too have to be a part of the solution. Ultimately, only if you have the right external support and the desire to get better can you defeat an illness that resides within your mind.

The author worked as a journalist in Karachi for 12 years. She now works for a private company and spends her free time looking after her nine stray cats.