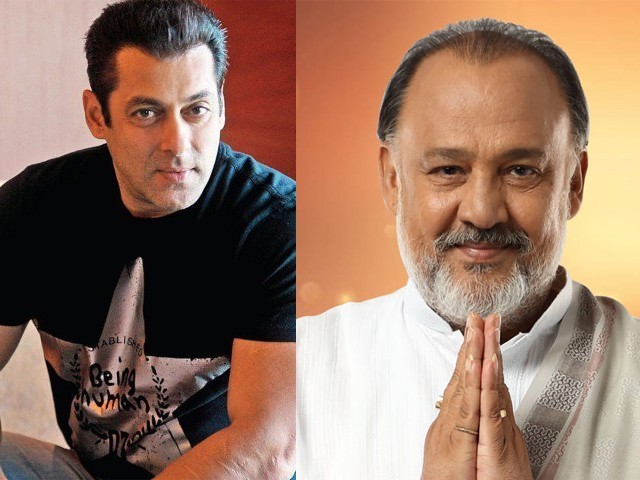 It is not just the fear of these men but the insensitive and ignorant mindset of the society that silences the women in general.

The #MeToo movement in India kicked off right after Bollywood actress Tanushree Dutta alleged that Nana Patekar sexual harassed her. Since then, many women have come out with their #MeToo experiences on social media, accusing several celebrities of sexual assault or harassment.

In the past few days, there has been an outpour from women from all walks of life. This is the first time that so many women in India have gathered enough courage to tell their horrific stories of sexual misconduct and to even name prominent perpetrators.

In a staggering revelation made on Monday, the Bollywood writer and producer, Vinta Nanda, posted a harrowing account on Facebook where she accused veteran TV and film actor, Alok Nath, of molesting and raping her at her place in the 90s. As a result of this traumatic experience, Nanda stated that she endured years of pain, depression, trauma and seclusion. Nath responded to the accusations by saying,

“Neither I am denying this nor I would agree with it. It (rape) must have happened, but someone else would have done it. Well, I do not want to talk much about it as for the matter if it has come out, it will be stretched.”

His wife was my best friend. We were in and out of each other’s homes, we belonged to the same group of friends, most…

It came as one of the biggest shocks for everyone because Nath enjoys the reputation of a ‘sanskari babuji’ (righteous father) in many dramas and movies. We have literally grown up watching this man play roles of an inspiring father who is not only epitomising modesty but keeps his parivaar (family) intact by nurturing the core ethos of religious traditions, goodness and morality. Nath had cemented his sanskari demeanour so authentically in dramas and films that even in reality we began to see him as the representation of a typical traditional father figure.

It is ironic and deeply disturbing that a man who embodies Indian culture both in reel and real life is apparently embroiled in the accusations where he is considered a potential sexual predator. Even actresses like Sandhya Mridul and Deepika Amin accused Nath for his sexual misbehaviour. Certainly, everything is possible in this world and a human being is capable of anything and everything.

Everyone in the industry knows that #AlokNath is an obnoxious drunkard who harasses women. Years ago on a telefilm…

In the wake of recent revelations by the victims, actors like Amitabh Bachchan, Shakti Kapoor and Farah Khan have either evaded the question or given a rather absurd response directly or indirectly. It is sad how these celebrities talk so much about social issues but in reality when it is time to support the victims, they stand on a different terrain altogether with either tight-lipped or disappointing reactions. However, at the same time, Farhan Akhtar, Sonam Kapoor, Imran Khan, Kangana Ranaut and many others expressed support and consideration. Even the Federation of Western Cine India Employees (FWCIE) has decided to boycott Patekar, Vikas Bahl and Nath, if they do not respond to the showcause notice within 10 days of their release.

Amidst the commotion, a video clip of Salman Khan has resurfaced and gone viral online. The video shows him talking about the accusation of him hitting women, after Aishwarya Rai Bachchan had alleged him of being physically abusive in 2002.

“…I mean, if I hit somebody, it’s obviously a fight; I am going to be angry. I am going to whack and give it my best shot. I don’t think she would’ve survived it.”

Watch Salman Khan's ridiculous answer when a journo asked if he had hit Aishwarya Rai pic.twitter.com/BFAbfKIFKS

This statement by Salman is utterly sickening and repulsive. He took his hero image way beyond his nonsensical conceit, only to cement his misogynist view by ostensibly poking fun at a serious issue rampant in society. Salman is used to passing quite provocative statements but this one in particular was unbearably poor in taste. Endowment of privilege and influence does not give him the right to pass such irresponsible remarks.

It is certain that there are two sides to a picture. Every man is not necessarily a perpetrator and every woman is not always a victim. One must definitely wait for further investigations before reaching conclusions, but the despicable statement of Salman, the uncivil behaviour of Nath as reported by not one but many actresses, with some calling it an open secret, and the practice of sexual harassment in the film industry and outside being prevalent, is not simply a fallacy. It is a substantiated reality and everyone knows that.

It is ironic that these influential men are the ones who have made several films to create awareness about such social causes and conveyed powerful messages and moral lessons. But when it was time for application in reality, to walk the talk of their message-driven films, they blew away those traits of their reel characters that earned them huge fan following into thin air. With such hard-hitting, morally guided performances on-screen, they proved to us that they are just that – good performers.

But no matter how influential or powerful you are, nothing gives you the authority to misuse your power and privilege for your personal motives and satisfaction, particularly at the plight of the ones you supposedly consider to be weak or powerless. Most of the times, people with influence think they can easily use threat and intimidation to quell any possible confrontation. It is not just the fear of these men but the insensitive and ignorant mindset of the society that silences the women in general. Hence, I urge all men and particularly women to not take these issues lightly or laugh about them since it is mostly because of our ignorance that the abusers manage to roam freely without any fear of the consequences.

The perpetrators fail to realise that there will be an end to this. Time would not spare their high handedness for long. Considering the ferocity of the wave that has come with the recent series of revelations, it seems now is the time when at least in the future a person would think twice before misusing his fame to exploit someone. Now is the time when the one who has been accused will face the consequences, not the one who has accused. In Oprah Winfrey’s words, “their time is up” and “a new day is on the horizon”.