With PTI now in power, will young doctors in Punjab finally be free of CIP? 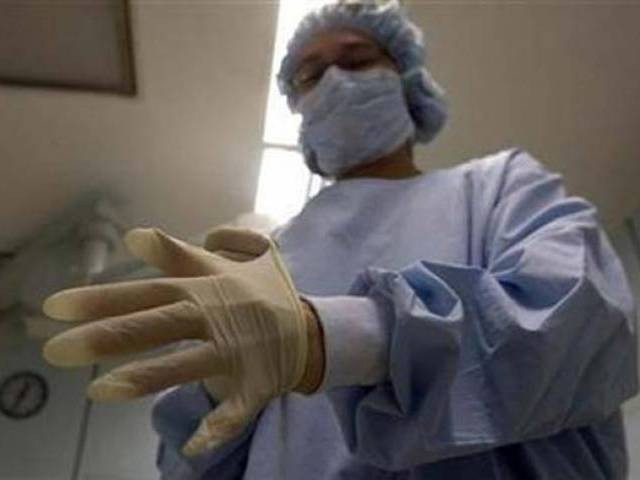 The average age of a consultant doctor has increased from 31 to 33 years. The already long winded medical journey has been further extended. PHOTO: REUTERS

Doctors in Pakistan have always managed to be a regular part of the headlines for debatable reasons. Besides facing career and image building challenges, the doctors community has also suffered at the hands of certain health policies, the infamous Central Induction Policy (CIP) being the most notable.

The foregoing Punjab government claimed that only blue-eyed candidates were inducted in post-graduate training programs in public hospitals across the province. To end this putative monopoly and to establish a system based on merit, the former Punjab chief minister introduced the notorious CIP, which although was put forward in good faith but turned out to be a major constrictor for doctors seeking training in tertiary care hospitals across Punjab.

Under the CIP, a majority of doctors even after passing required examinations, are unable to get inducted in specialty training or residency programs and are forced to wait for at least a year before any hopes of progression in their careers. The average age of a consultant doctor has increased from 31 to 33 years. The already long-winded medical journey has been further extended.

Furthermore, in order to land a training post under the CIP, doctors are required to publish two research articles. This has led to the rise of a mafia of statisticians who carry out researches on behalf of doctors in exchange for monetary benefits. Thus, the research requirement of the CIP has turned out to be pointless.

The few fortunate who fit the centralised induction criteria and start their post-graduate training are sent to far flung hospitals with minimal facilities away from homes, thus adding logistic worries and host of other issues for the next four to five years.

Unlike Punjab’s CIP which offers only a handful of training seats, Pakistan Tehreek-e-Insaf (PTI) during its previous tenure in Khyber Pakhtunkhwa (K-P) succeeded in formulating a healthcare system which not only benefited the general public but was also a source of relief for the doctors community.

The employment of young doctors was increased which not only raised the ratio of doctors per 1,000 people from 0.16 to 0.24 but also provided postgraduate doctors ample opportunities to seek training in desired specialties without loss of time. Moreover, for the first time, salaries of medical practitioners, from fresh graduates to senior consultants, were raised to match their overly stretched working hours, a feat which no other province cared to even consider.

The chorus of ‘change’ has echoed across Pakistan for long and the chanters are now in power in Punjab as well as the centre after winning the 2018 General Elections. The appointment of Dr Yasmin Rashid as the new Punjab minister for health comes with great positivity for the medical fraternity as for the first time a doctor is chosen for the respective post.

Dr Rashid and her team has pledged to revolutionise Punjab’s healthcare sector by initiating an insurance program for the underprivileged section of Punjab’s population and improving emergency care facilities. Unfortunately so far, the CIP, which is an important determinant of the future of doctors, has not gained any attention.

The doctors community of Punjab has raised its voice for amendments in the CIP on multiple occasions but unfortunately their demands have invariably been left unanswered. Young doctors across Punjab look towards the new health ministry in hopes that the CIP, which has paralysed the future of thousands of medical practitioners, undergoes drastic changes – the most important being increase in the number of training seats – so that the medical fraternity can finally take a sigh of relief.

The author is a medical doctor based in Islamabad. He tweets at @drkhalidshab (twitter.com/drkhalidshab). You can follow him here www.facebook.com/rajakhalidshabbirofficial/ .

If Saudi Arabia and other Middle Eastern countries can practice safe and hygienic qurbani, why can’t Pakistan?

While doctors in Punjab and Sindh struggle to make ends meet, K-P emerges as a heaven for doctors