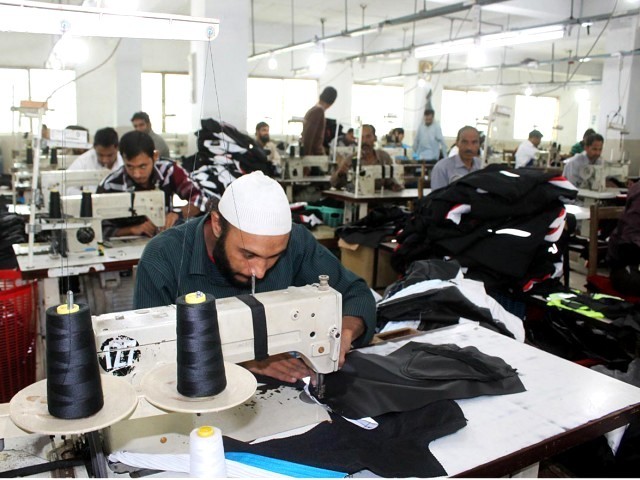 Pakistan can easily develop its apparel export industry, for this would not require a technology transfer. PHOTO: ONLINE

While buying a jacket from an international clothing brand in Pakistan, I was mildly surprised to find the tag ‘Made in Bangladesh’. Until recently, I was under the impression that these clothes were still manufactured in Pakistan. After all, we do export textile, which is simply raw fabric. Apparel is just one step ahead of textile, with value added to the fabric by converting it into readymade garments.

Then why we are importing apparel from Bangladesh when we have a huge textile sector at home? And what lessons can our deteriorating economy learn from Bangladesh’s apparel exports?

Due to a massive balance of payments (BoP) crisis, Pakistan is now facing immense pressure on its foreign exchange reserves. Our dollar reserves have fallen to $8,408 million, only enough to cover the import bill for a few months. To buttress our depleting reserves, our finance minister will negotiate an International Monetary Fund (IMF) bailout package for $11 billion. This is the 13th time Pakistan is knocking at the doors of the IMF for a structural adjustment package, and it is important to remember that the bailout package will come with strings attached.

As long as we are going to face the problem of a trade deficit – wherein imports exceed exports – we are going to face a chronic BoP crisis. To get out of this conundrum, we have to focus on increasing our exports, which stood at around $24.7 billion in the last financial year against an import bill of $55.8 billion. For that, we need not look further than Bangladesh. Bangladesh’s total exports are around $36.66 billion, from which apparel exports amount to $30.61 billion, making their apparel exports alone around $6 billion more than Pakistan’s entire exports.

Clearly, Pakistan needs export-led growth. All the countries that have grown tremendously in a short time period have been able to do so by undergoing export-led growth. We also need more focused growth in the short term rather than broad-based growth, which can be put on hold for a little while. In order to have more focused growth, Pakistan will have to focus on its competitive advantage. At present, Pakistan’s leading exports are its textiles. Thus, it is only natural to assume that the next step towards growth should be moving towards the apparel industry.

After all, Pakistan can easily develop its apparel export industry. Unlike some high-end manufacturing industries, this would not require a technology transfer. The apparel industry can also absorb the uneducated and unskilled labour force, which is abundant in Pakistan. When it comes to training newly recruited labour, it takes a few weeks at most with skilled tasks such as operating sewing machines, and only a few days for tasks such as pressing the product, folding and packaging. This way numerous jobs can be generated for the unemployed in the country.

The federal government announced a plan to create 10 million jobs in the country, and is looking towards initiating housing projects for five million homes to generate that many jobs. But construction-related jobs will not create the export proceeds we need to get rid of our current account deficit problem. We need jobs in our export sector, and need the government to create opportunities for this section to grow.

The state can and should make credit readily available for entrepreneurs wishing to develop apparel exports. There is also the possibility of attracting foreign direct investment (FDI) by inviting more foreign clothing brands to set up shop here. However, the minimum wage in the garment industry in Bangladesh is around $68, which is lesser than Pakistan’s minimum wage of $150. Instead, we can perhaps subsidise electricity to this developing sector for a limited time period to offset Bangladesh’s cheaper labour costs.

The recent trade war between the US and China has also opened a window of opportunity for the manufacturing sector here. China exports apparel worth $27 billion to the US, and in light of trade restrictions, Chinese investors can be encouraged to establish manufacturing units in Pakistan to circumvent US duties and also to utilise the cheaper labour here.

The window of opportunity is open; all it needs is a giant push from the government, which needs to create conditions for the industry to grow. Most of our investments are currently parked in the speculative real estate sector. Curbing the speculation, along with government intervention, will divert the investors’ money in the right direction, which is the export sector.

In particular, focusing on the apparel industry to increase our exports can help Pakistan solve the myriad issues it is facing at the moment, including unemployment, stagnant growth and a trade deficit. To break the proverbial ‘begging bowl’ outstretched towards friendly states and the IMF, we need to export a lot more. When looking for things to fix, this should become the government’s number one economic priority. Who knows, maybe a few years down the lane, someone in Dhaka might try out a jacket and become mildly surprised to find a ‘Made in Pakistan’ tag attached to it!