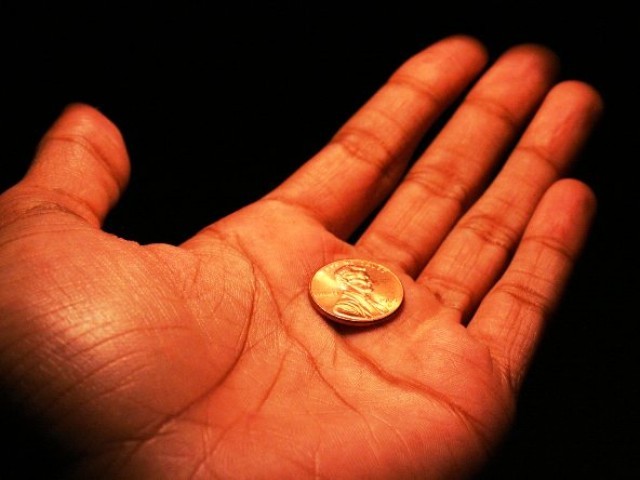 “Get your money out of your account before the first of the Ramzan or they’ll deduct zakat,” warned a text message I received from an anonymous well wisher.

I have a phobia of banks (along with hospitals and airports) and dread the very thought of finding my checkbook for a trip to bank. Getting smaller chunks of cash from the ATM machine equally abhors me. So when I saw the text I did some mental math to calculate the bucks the bank would cut in the name of zakat, from my hard earned savings. The calculated sum didn’t seem like a huge loss weighed against a trip to the bank.

So I let the cash be, more out of my laziness than trust in bank’s zakat system.

What is it that makes this idea of zakat deduction uncomfortable?

Is it our reluctance to donate to a charity?

Is it the idea of a religious duty being imposed which some people might find a ‘Talibanization’ of banks?

Or we just don’t trust this system?

Maybe some of us prefer handing over money to the needy ourselves as it boosts our egos and so we can pat each other on the back.

I don’t think we are a nation, collectively, that needs a dictatorial policy like this deduction system to make us spend some money on the poor and the needy around us.

A good cause and quite a few inspiring examples can set us on a charitable course.

This includes those who advocate complete freedom to adopting religious practices ( because they consider it a reminder of Zia’s pretentious religious regime) and want this system to be rooted out.

The third reason is most probable.  We don’t trust the government with our money. They have never given us a reason to trust them in 60 years. What do they do with our tax money? Why do cases like Hajj funds frauds happen?

Is there an audit? Is there any accountability as to where that money was used?

I could not find any data at all at the Religious Ministry’s website. This distrust in government’s transparency commonly stops citizens from letting banks deduct the zakat amount, regardless of the degree of their devotion for religious practices.  The money for zakat is sacred for a staunch believer of Islam. He wants the duty to be performed in the most transparent manner. Even those who do not follow religion strictly know that charity money is not to be pocketed by the corrupt.

Petty pretentiousness aside, people have the right to choose the people they want to help. They have the right to reach out to friends, relatives, neighbors, acquaintances, charities, orphanages or institutes with their zakat money. They would then be at ease about transparency of the money spent and also that the religious duty was performed to heart’s content.

Classroom corruption: Time for teachers to learn a lesson

What advertisements are doing to our children

If Donald Duck is not a threat, why is Hanuman?