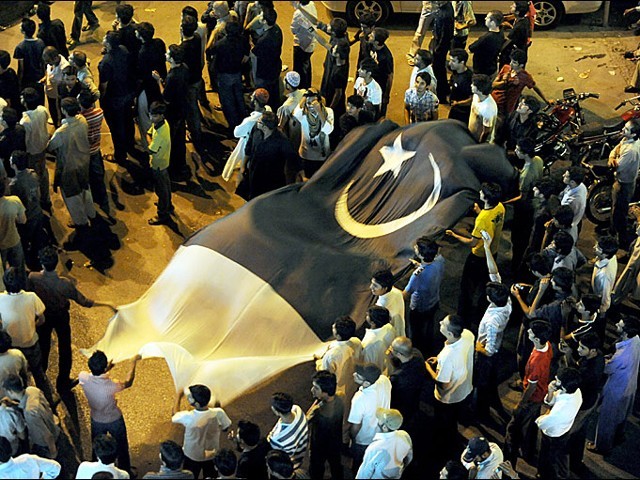 There is plenty of underutilised fodder to attract positive international interest, if it were only put to use. PHOTO: AFP

On the one hand, it seems that Pakistan doesn’t have much to offer travelers these days with the exception of expats visiting their families, Lonely Planet reading backpackers, Sikh pilgrims and cricket-mad Indians—many of whom have waned from the ‘insecurity’ situation. Then, on the other hand, the ‘Ministry of Marketing’ (let us suppose that one exists) has plenty of underutilised fodder to attract positive international interest, if only they would.

From an ancient civilization that’s older than the Pyramids (the Indus Valley along with Buddhist and Gandhara aren’t adequately promoted like the Mughals as they’re pre-Islamic), historical architecture (including pre-Partition buildings that have since dwindled into shoddy government offices and low-grade, paan-spittled apartments) and a rich, evolving ‘Popculturistan’ (that’s under attack by the conservative majority unfamiliar with the concepts of subcultures, postmodernism and organized tourism) we have much to offer:

Fashion: Pakistani bridal couture isn’t big beyond South Asia and expat communities, one but the rest have the potential to cross over: think elephant-god t-shirts from India and Arab scarf accessories from the Middle East that all made it to mainstream fashion channels. So too can ours; a pop cultural mix of indigenous customs and tongue-in-cheek humour works on the large scale.

Market kitsch: Truck art (Gulabo and followers), Lollywood art (Hot Spot’s Lollywood parodies, Uth Oye and other quirky T-shirts), Urdu and Punjabi calligraphy bags (though it is highly doubtful that Bulley Shah’s descendants will get royalties from the latter) all need Saks, Bloomingdales and Selfridges to show an interest.

Music: The universal language that goes beyond all kinds of barriers and Pakistan does very, very well. From folk to Sufi to rock and now hip hop (i.e. Adil Omar’s catchy Off The Handle and the upcoming Paki Rambo; our fingers are crossed for his future Grammy nomination), every music item that is released, written, blogged or tweeted, always surprised a sizeable number on the other side of the world, who begin to acknowledge that music in Pakistan is “bigger than Bin Laden” (Alan Cross, music writer from ExploreMusic.com ). (THIS IS THE CORRECT LINK: http://exploremusic.com/enlightenment/and-the-most-influential-rock-star-in-pakistan-is/#comment-39216 )

Sardonic statements by musicians make a smarter impression than, say Korean Bieber-wannabes. Ali Azmat’s Bum Phatta (as in bomb exploding, not a rear end) is a great example of this—a witty take on the current plight of the country with a terrific music video.

Now, if only we could provide the security needed for international performers to hold concerts here, not to mention preventing a blatant infringement of intellectual copyright laws so that they have a sales incentive to include Pakistan on their tours…

Food: We may not have any Michelin starred restaurants (yet) but Pakistani cuisine is a heartening way of portraying our gastronomic zest for all things hot, spicy and meat-infused (to a level that makes Mexican food appear bland), our quirky palates that savour goat paye and nihari—(one imagines that goat’s feet, brain and testicles could also be fused with French cuisine famous for snails and frog’s legs), and our voluptuous, indigenous fruit superior to tropical regions the world over (like the mango family, phalsa berry or falsa, jambul or jamun), along with organic produce that is a fast dying breed in favour of carcinogenic pesticides. Additionally, organic halal meat products could be branded and exported to countries all over the world (if health standards can be met).

Female icons: In this silicone-infused world of ‘reality’ TV stars like Katie Price, Heidi Montag, Kim Kardashian, Shilpa Shetty and Veena Malik, the distinctively glamour-free Ms Mukhtaran Mai is a real-life hero who has done more to uplift the image of strong rural women in Pakistan than anyone in recent history. This lone woman has provided positive inspiration to downtrodden women around the world, whether they can relate to the suffocating folds of tribal ‘justice’ or not, and given a courageous face to standing up to gender violence. Despite receiving international accolades, it seems her image isn’t ‘soft’ enough for Pakistan’s Ministry of Marketing; no medals of valour for her from our government, nor has there been a domestic media campaign among major TV channels celebrating her like they do male cricketers for scoring a few runs.

Philanthropy: From Abdul Sattar Edhi (who runs the largest volunteer ambulance system in the world) to Imran Khan and his high-profile black tie fund raising for cancer (now building the country’s second cancer hospital in Peshawar), and the grassroots efforts of various NGOs to promote health awareness amid social taboos, there is plenty of underutilised fodder here, not just to propel Pakistan’s image from a crooked, self-serving nation to one that cares about its people, but to publicise worthwhile causes while encouraging local and international donors.

Atheletes: Where are Nike/Reebok/Adidas’ sponsorships for our female athletes in cricket, football et al? Sponsorship by multinationals can promote our growing breed of athletes on a regional as well as global scale.

Urdu: Urdlish may be very well as verbal slang but it’s downright annoying when advertising copywriters start using it in a cheesy way. Also, people who can’t speak fluent English ought to speak in Urdu/Punjabi/regional languages and get an interpreter, especially athletes and politicians who end up sounding unimpressive because they are struggling for words and not expressing themselves with confidence. You won’t see any Brazilian footballers or French Presidents speaking in English. Express eloquence in your native tongue.

Creative industries: The facilitation of fine arts and film is essential for growth. Instead of shoestring projects by film school graduates that are either banned from screening here or are documentaries that TV channels don’t buy, try to attract investors and focus on promoting talent instead of being hung up on censorship. Inviting international filmmakers to hold film premieres and hosting large-scale international film festivals would open up a great deal of intercultural and commercial interchange. Invite international co-productions and make it glamorous and safe enough for major studios to shoot Hollywood films here.

Promote local film facilities for an international community by setting up production and post-production outfits and cut the red tape to get things done. The more backward a country is, the more red tape is involved to carry out the simplest of tasks. Use people’s endless conspiracy theories to write spy thrillers, film crime movies, and promote constructive work that makes the country mysterious and alluring instead of a nation of depressed lunatics. Even the culture of corruption could look more palatable to an international audience if a Bond movie was shot here. TV producers could stop copying Indian soaps and reinvent original genres like in the 80s. Subsidize and promote in-house productions for film, TV, publishing including children’s writers in Urdu and get them translated.  Promote Pakistanis in Hollywood—actors, character actors, producers, writers and comedians.

Teamwork with neighbours: Although it was annoying to be dominated by a much larger country and economy, we miss the days when we were called ‘IndoPak.’ Calling us ‘AfPak’ indicates our downward spiral.

A celebration of subcultures: From remote tribes and religious minorities to the transgendered community, celebrating diversity and aiding representation, expression, and involvement in mainstream media and society says a lot about the country–as does bigotry.

Reverse brain drain: Publicise the success of immigrants and people of Pakistani origin who have excelled in their fields and offer them incentives to return. Expats tend to be fiercely loyal and patriotic, yet refuse to live here and do everything from a safe distance. Let’s give them reasons to move back–ones more lasting than the real estate bubble of the last decade.

Ingenuity and entrepreneurship: The brilliance of scam artists and hackers can be redirected to develop interesting new patented technology, if only they could be recruited.

Tolerance: Nobody wants to visit a country to be bullied or thinks highly of it if it has narrow-minded views.  Promote the rights of minorities even while the rights are being throttled, don’t stop. Encouraging social acceptance and interfaith dialogue within and outside of country would have far reaching positive consequences.

Shopping destination: ‘Branded’ in Pakistan literally means ‘not Chinese.’ Popular local items and brands could be redirected, like lawn could be stylised into beachwear for international markets. An annual shopping festival might encourage tourism from around the country as well as overseas, and should not be on the lines of the typical ‘industrial exhibitions’ at Fortress Stadium of a crusty array of mattresses and mediocre china. Exported styles of leather products, textiles, and home interiors should also be made available locally as an incentive for shoppers.

Preservation: More funding is needed for heritage sites as well as more respect from the public who scribble graffiti on its walls. Endangered animals should be respected, appreciated and protected.

Subtlety in TV news and newspapers: Local media often has an agenda (for example, Fox News is neo-Con). Local news is either anti-government or pro some political party depending on the vested interests of the owners, or in sensationalising horrific imagery without warning that it’s inappropriate for children. Let’s make it at least slightly objective.

Change the definition of education: Being educated is more than being able to scribble your first name. So what if our statistics get lower, they’re a joke anyway.

Humour:  Capitalize on what’s really here and make it quirky and interesting. ‘Sell’ brand Pakistan as a fascinating country. Since Pakistanis have a great sense of humour and the ability to enjoy ourselves, let’s laugh and laugh some more.

Cultural intolerance: No more ‘East’ vs, ‘West’; ‘our culture’ vs. ‘your culture’, ‘Islamic’ vs. ‘unIslamic.’ If it’s here, it’s part of the melting pot. Accept that.