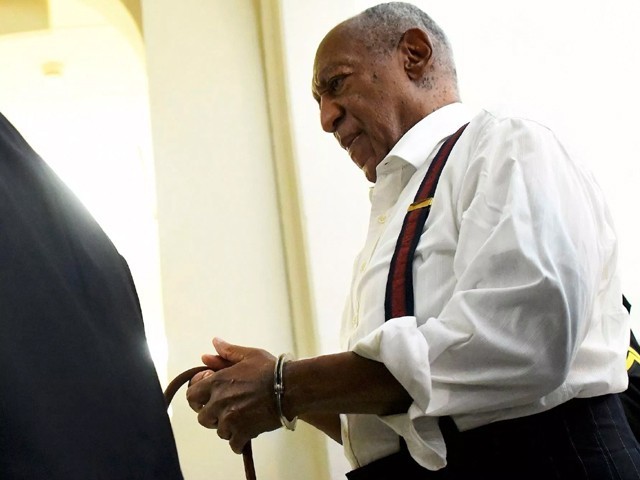 Bill Cosby is led away in handcuffs after being sentenced to three to 10 years in his sexual assault retrial on September 25, 2018. PHOTO: GETTY

After I took my last exam at college, I walked towards the founder’s garden on campus and sat down on a wooden beach chair. I kicked my legs up and started working on my paper; the last one due before I was free for the summer. But amidst the heat and the groups of college students socialising, smoking or eating from food trucks, the letters ‘O’Connor’ gleamed and mocked me in the summer sun.

Patrick O’Connor was the chair of the board of trustees at Temple University, a public college in Philadelphia, and a few months ago, O’Connor Plaza was renovated in his honour. But his real claim to fame was representing Bill Cosby in 2005 against Andrea Constand – the same woman whose relentless fight and testimony recently put Cosby behind bars. 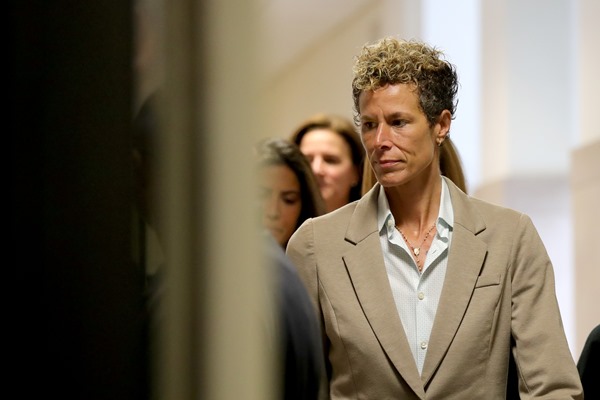 Andrea Constand arrives at the sentencing hearing for the sexual assault trial of Bill Cosby at the Montgomery County Courthouse on September 24, 2018. Photo: Getty

Constand had been a professional athlete, who worked as the director of operations for the women’s basketball team at Temple. It was here that she met Cosby, who befriended her and invited her to private dinner parties at his home in Elkins Park, an affluent suburb on the outskirts of the city. Cosby gained Constand’s trust, acting as a friend and providing support to the Canadian expat and former basketball star. And then he destroyed her.

The case of Cosby clearly shows us that the most powerful figures in media can use their age, the prestige that surrounds them, and the glitz of their name to deflect the bad habits they possess, which at best deeply poison society, and at worst harm the lives of women, leading to serial sexual assault. If getting sexually assaulted wasn’t bad enough, the burden of proof reaches insurmountable heights when you’re tasked to prove America’s Dad violated your body and will.

But America’s Dad, the father figure who paved his unlikely way as a black actor in the 60s through his work in sitcoms, is a sex offender. Perhaps this puts a damper on the childhood of those who grew up with Cosby; yet another disillusionment of the nostalgia of the past or the complacency of the present. But it’s also an unveiling of the uncomfortable truth that the success of men often rests on the degradation of countless nameless women. 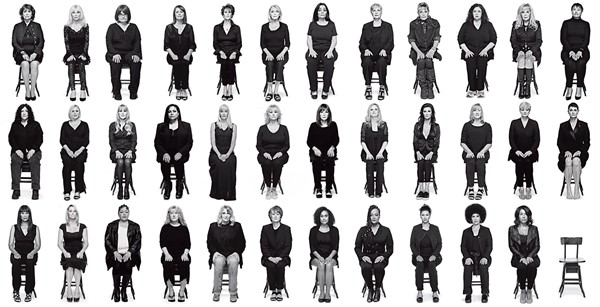 But these 60 women have names, at least the ones who have chosen to come forward. Lili Bernard, a guest star on The Cosby Show, looked upon Cosby as a father figure and mentor before he drugged and raped her. Patricia Leary Steuer, a development specialist who met Cosby at a university lecture, fell into his hands after he promised to guide her through her singing career. Beverly Johnson, the iconic black supermodel, met Cosby to rehearse for a part on his show at his house, where he drugged her with a spiked espresso drink before dragging her into a cab.

Johnson was the first black model to adorn America’s Vogue magazine, a legend of beauty and grace in the 70s. But even then she was aware what was at stake if she went after Cosby.

“Just so happens that I’m a black woman. Once I made the decision, I knew that (it) was going to be fraught with a lot of conflicting views,” Johnson said. “No one wants to be victimised again.”

But survivors of rape and sexual assault are often victimised again, especially if they come forward to seek justice for their plight. They are bullied, abused and gaslighted by private circles as well as the general public that hears their story. If a woman’s body was violated by a man who did not seek permission, then upon coming forward, her character is defamed and distorted beyond recognition.

Women often give up before coming forward, or even considering it, because they know they face something worse than an uphill battle. After all, it took Constand 13 years to finally get justice and put her assaulter behind bars.

#MeToo is changing that, and the Cosby conviction proves that women telling their stories can bring the perpetrators of rape and sexual assault to justice. Perhaps justice is the only way to exonerate these women of their victimisation and restore their will to fight, even if no crime or violation can be undone.

Living in a world where the man who made your life a living hell is honoured with fame and fortune, and continues to wield the power that comes with money and authority, is not a just world. Women – and all survivors of rape and sexual assault – deserve to live in a world that respects them as human beings and does not silence them when it is time to speak the truth.

“I feel like my faith in humanity is restored.”

Cosby accuser Lili Bernard speaks after guilty verdict: "I feel like I'm dreaming … I feel like my faith in humanity is restored." pic.twitter.com/8wPdvDb9ax

And this is indeed a victory, not just for humanity, but also for the women who sustain it through their silent labour.

The author is a freelance writer and activist, currently based in Philadelphia. She tweets @karachiiite (twitter.com/karachiiite)

Yes, what Aziz Ansari did was wrong, but is it #MeToo?

Nabra Hassanen’s murder doesn’t come out of nowhere; it is embedded into the structure of American society

Why do students in American high schools resort to humiliating Muslims and people who aren’t white?

Barack Obama’s legacy is not of change, or even of hope