HRK: The politics of pretty faces 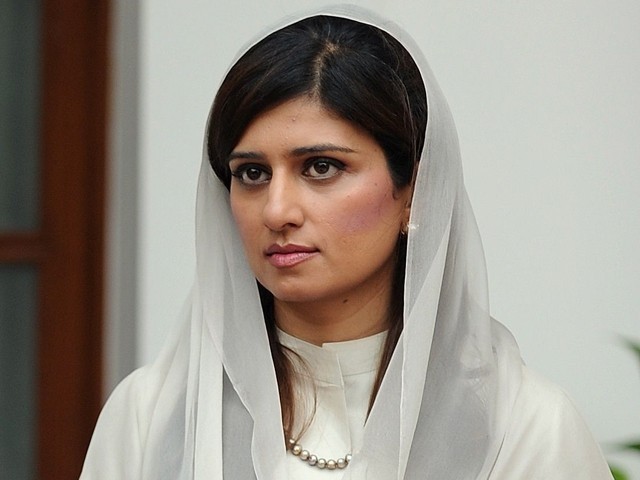 Pakistani media focused its attention on highlighting Khar’s wardrobe rather than the content of her discussions. PHOTO: AFP

The media coverage of newly appointed Pakistani Foreign Minister Hina Rabbani Khar’s Indian tour is proving to be equally offensive either side of the border. Given Khar’s youth and her inexperience, there were already plenty of ‘ifs and buts’ floating among Pakistanis regarding her capabilities with respect to her new role, but it appears the media’s fascination with her wardrobe has trounced all performance related concerns.

Indian electronic and print media has recently been reported calling the minister everything from “model-like” (Navbharat Times) and “Pakistan’s Best Face” (Times of  India) extending to insinuations about her being “drool worthy” as well as “the bomb” (sic), all puns intended. The Indian media’s behaviour, while embarrassing and lamentable, is nothing when compared to the treatment meted out to the newly appointed minister by her own country.

The Indian media’s preference for casting Khar in the role of a fresh-faced, naive and pretty politician may be underhanded but it is equally calculated. The move allows our neighbours to play on her inexperience and dismiss her as a ‘fashionista’ over a politician. But for the Pakistani media to do the same is unforgivable. Pakistani television channels have focused their attention on highlighting the minister’s wardrobe, from her Cavalli shades to her Birkin bag, almost entirely circumventing the content of her discussions.

I admit to not exactly having been over the moon about Khar’s appointment, owing to both her aforementioned youth and lack of experience for such a key post, but one would have liked to see her rise or fall on her own merit rather than while riding a media frenzy focusing on her attire. The Indo-Pak media is in serious need of a refresher course teaching them to distinguish politicians from Bollywood and Lollywood actors.

One repeatedly hears the nuisance commentary regarding how, if women want to be ‘taken seriously’ they ought to not dress up at all. The age-old discourse about monochrome colours and chadors somehow being a testimonial for capabilities is nothing short of sexist nonsense. One has yet to see columns being penned down proclaiming the ‘talents’ of male politicians being held hostage to the price and swagger of their crocodile boots or their designer suits, both of which are liable to cost just as much as a pair of Cavalli sunglasses.

The Indian media has succeeded in putting on a “pretty face to a Pakistani politician” in hopes that both she and we will not find this offensive and the decision will make her all the more easy to dismiss with regards to substance. Our media has gone a step further by linking the abilities of one of their key diplomats to her sense of personal style.

Hina Rabbani Khar has been robbed of the opportunity to truly prove her mettle as a diplomat and in this particular case, she isn’t to blame. Already armed with her very own acronym in the Indian Press, HRK, (one that purportedly trumps Indian counterpart SM Krishna’s, SMK) a Rediff website stated:

“All eyes on glamorous Pak minister… She is clearly being looked at as a perfect combination of beauty and brains.”

Really? Pray tell, where are the columns and headlines devoted to her brains?