Captain Marvel may be the superhero to end all superheroes, but Shazam is the clear winner 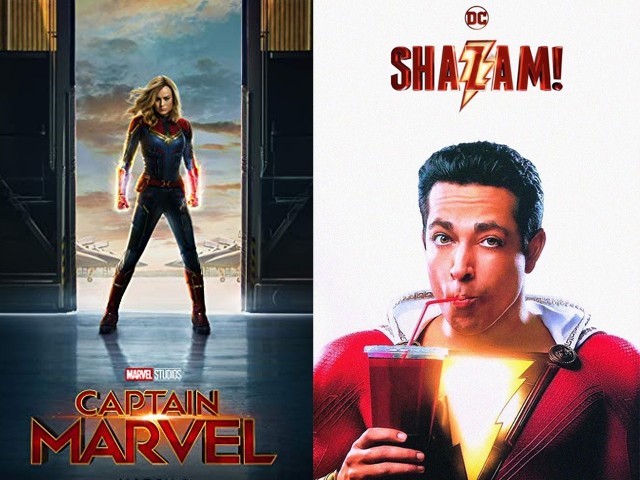 Hopefully Captain Marvel will redeem itself, but Shazam remains the one I am eagerly awaiting.

The Marvel Cinematic Universe (MCU) has been on a record-breaking streak for 10 years now, and this marvellous (pun intended) train seems unstoppable. However, if you look at how many female superheroes this universe has introduced over the past decade, you’re in for a shock.

Apart from Black Widow (played by Scarlett Johansson), the MCU does not have any other bona fide female superhero, which is quite strange. No, Scarlet Witch (Elizabeth Olsen) does not count in this comparison, and neither does Gamora (Zoe Saldana). Technically, Black Widow doesn’t count either, as she has never starred in her own movie and has always been a part of the cast in other superhero films such as Iron Man and The Avengers.

One can always argue that studios previously did not have much faith in female-led action movies, particularly after the disaster that was Halle Berry’s Catwoman (2004). But that excuse stopped applying after the success of Gal Gadot’s Wonder Woman, followed by the Star Wars franchise and Oceans 8. The MCU has now finally come aboard this wagon with its latest offering, Captain Marvel, starring Brie Larson as the titular character.

Much has been hyped about Captain Marvel since the release of Avengers: Infinity War, which is why I was excited to say the least about the release of its first official trailer.

Captain Marvel is supposed to be the next big thing, the superhero to end all superheroes, and the entry that will completely change the MCU’s trajectory going forward, none of which was reflected in the trailer. The preview had explosive action scenes, a young-looking Nick Fury without an eye patch, an old lady getting punched, and was just visually stunning overall. And yet, it seemed to be missing the ‘oomph’ I expected.

The obvious comparisons we’ll have going forward will see Larson’s Captain Marvel being compared to Gadot’s Wonder Woman, but these comparisons will be inherently unfair to Larson and Marvel. After all, Wonder Woman has historically been celebrated as a feminist icon and a character that holds much more importance in the comic books, while its movie also came first, which automatically increases its significance.

Before Marvel got their Captain Marvel, Fawcett Comics held the rights to Captain Marvel, the alter ego of Billy Batson. Billy is a boy who can transform himself into a costumed adult with the powers of superhuman strength, speed and flight when he utters the magic word ‘shazam’. This superhero outsold Superman himself when in publication, but a lawsuit by DC Comics that claimed it was a copy of their character Superman, led to publication being halted. Subsequently, the rights of the character transferred to DC Comics, but Marvel Comics jumped in and gained the trademark for the name ‘Captain Marvel’, due to which DC was forced to publish it as Shazam.

Both Shazam and Captain Marvel are significant films for their respective cinematic universes, as both are bringing something new to the genre. While Shazam will be the first colourful and fun entry in the DC Universe, Captain Marvel will go down in history as the MCU’s first female lead.

However, being a fan of both DC and Marvel, and having seen the trailers for both new releases, I must say I am more excited for Shazam. I really am excited to watch Captain Marvel in Avengers 4, but her first solo outing looks like a huge let down, especially considering what is at stake here. While Shazam’s trailer was quirky and full of laughs, which was appropriate for the tone of that movie, Captain Marvel’s trailer came across as too serious, with Larson seemingly having one expression throughout. Comparing the stars of the two films, Levi may not have an Oscar like Larson does, but he has the charm and the comedic chops to win the audience over, unlike Larson, who seems as if she was blackmailed into doing this movie (which I’m sure she wasn’t).

Comparing the re-watch value of the two trailers, one can watch Shazam’s trailer over and over again and enjoy it every time, but a single view of Captain Marvel’s trailer has been more than enough for me.

Seeing the trailer, I truly believe all the hype surrounding Captain Marvel is because she has been presented as the saviour of Avengers 4, and not because the character itself is very interesting. Carol Danvers may replace Thor as Marvel’s mightiest Avenger, but as of now she might as well be the dullest avenger there is.

In the constant battle between Marvel and DC, Shazam is clearly the winner. I’m sure both movies will turn out great and hopefully Captain Marvel will redeem itself, but Shazam remains the one I am eagerly awaiting.