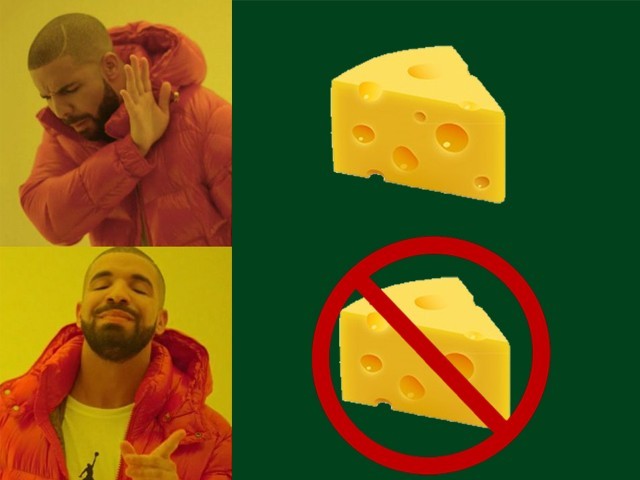 How was it not petty and ludicrous to mount an attack on cheese imports in the first place?

In the same month that the country discriminated against one of its economists for his religious beliefs, our cheese imports appear to have come under jeopardy. Coincidence?

Certainly none of us expected karma to come knocking at our kitchen door so soon.

When the Economic Advisory Council (EAC) assembled a few weeks ago, cheese was not expected to be revealed as the greatest villain in this economic tragicomedy. The session was held to discuss ways on how to avoid another International Monetary Fund (IMF) bailout. No, 15th time is not the charm!

It was in this session that an economist – who is decidedly not Ahmadi – made an interesting observation:

“You see how much cheese is coming in this country from abroad? Market is full of imported cheese. Does this country, which doesn’t have dollars, deserve this, that it is importing cheese?”

Cheese is like Batman; it may not be what the country ‘deserves’, but it is what the country needs. If you think the nation is at the verge of mass-rioting at present, wait until you force them to give up pizza. This is not the Naya Pakistan we signed up for, and nobody is willing to trade in their Happy Cow for a sadder alternative. The very thought makes us cheddar…I mean shudder.

Pakistan Tehreek-e-Insaf (PTI) supporters have accused Pakistani cheese lovers of being petty and even unpatriotic; surely preventing an IMF bailout is more important than your weekly dose of imported mozzarella. This may be true, but how was it not petty and ludicrous to mount an attack on cheese imports in the first place?

Ammar Rashid – leftist politician and a rare voice of reason in these tumultuous times – took the liberty of doing the math on Twitter. Pakistan imports a total of $3.34 million worth of cheese every year, which is roughly 0.01% of our current $18 billion deficit. Suggesting a one-year ban on cheese imports to help reduce the deficit, is like draining your swimming pool with a kitchen sponge.

For the record, Pakistan imports a grand total of $3.34 million worth of cheese per annum. Roughly about 0.01% of our current account deficit of $18 billion. Path-breaking stuff by the EAC here. pic.twitter.com/vbC4qgIC7c

If the EAC’s best plan for the time being involves putting the country on a cheeseless economic diet, perhaps we ought to start choosing our economists on merit rather than religion. If Donald Trump had sacked an advisor for being Muslim, we’d have a strong opinion about it. But for now, this is the unusual recommendation of our mostly Sunni economists.

You may ask why it matters whether the economists who made us an international laughingstock were Sunni. Well, it matters because we’ve decided to create an ethnocentric theocracy where every official is called out by his sect, before his merit and character are brought into consideration.

First the cheese and now they're after the buffalos, guess Naya Pakistan is lactose intolerant xD https://t.co/dbYHobP1Kd

Perhaps the anti-cheese economists are right. We don’t “deserve” imported cheese, not because we don’t have dollars, but because we value dead milk more than we care about equality and justice for all regardless of their religion.

*This is a work of satire intended for humour purposes. Stop taking life so seriously for a moment and laugh a little!*