Ads that tell us we are ugly 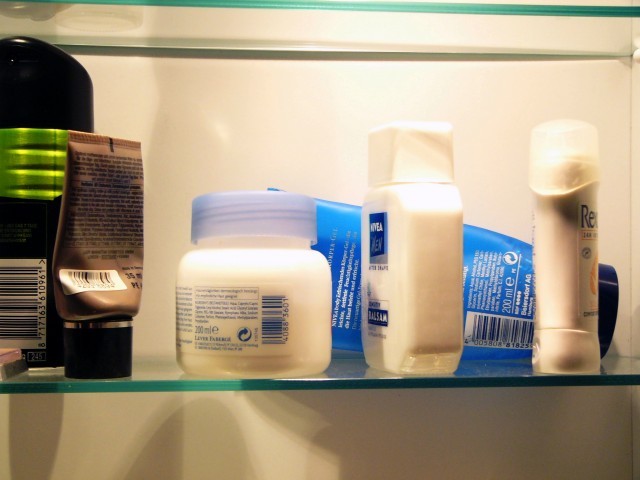 I was at Madihas, a convenience store near my house. We were out of cat food, and I knew better than to waste a second with mewing felines. After stacking up on cans of Whiskas, I walked to the checkout, where I noticed a curious looking product sitting on the counter.

On its packaging, the product proudly sported an unequivocally grotesque picture. It was the face of some dude, with one exact half significantly lighter skinned than the other. It eerily reminded me of a poster of the Incredible Hulk, where one half of the face is Dr Bruce Banner, while the other is the green monstrosity he can morph into.

Above the image, sat the ridiculous words ‘Fair and Handsome’ in large fonts; as if the product was asking if I wanted to be fair and handsome, or dark and unsightly. As I stared at the box which so offended my senses, I wondered what sort of a tottering buffoon would purchase something so ill-advised.

I looked up, and there stood the buffoon. And he was actually a good looking young fellow. In his early 20s, the buffoon was bronze skinned, tall, and toned well enough to suggest that he hit the gym.  Bewildered, I had another look at the cosmetic product he was buying, and then glanced back at him. Then, I did it again. And then a third time.

The buffoon was clearly growing uncomfortable. “Stop it!” My brain commanded my eyes to stop darting between the buffoon and the cream he was purchasing, but my peepers had gone rogue. Thankfully, my brain was finally able to exert some control until he departed.

As I paid for the food of my feline overlords, I asked the cashier if such skin lightening products sold well. He told me that they were one of their hottest selling items.

I didn’t think of the episode till a few weeks later.

My mother and I were sitting on the couch watching TV. Shakira was on, singing “My hips don’t lie,” a song title, which I realised didn’t quite sound as right in Urdu: Meray koolay jhoot nahee boltay.

It was then that the phone rang. Unbeknownst to me, it was some mother, looking for a rishta for her daughter. Normally, when we get such unsolicited phone calls, and I am the one to answer them, I either pretend that I am a fire worshiper, or that I am insanely drunk*. Sometimes, when I am in a good mood, I do both.

“Ahhhh! I was drinking and worshiping fire when I had an accident and now I am burning.”

They seem to hang up quite quickly after that.

Fortunately, for the poor soul calling, my mother was the one that answered. She listened for a few minutes, nodding, until a curious look came over her face. After a few minutes, the conversation was over.

I asked, as I watched Shahid Afridi promote the latest Fair & Lovely cream on TV.

“It was some mother.”

I looked at my mother. Something about the telephonic conversation had upset her; normally, she could take two or three of my fire worshiping jokes before telling me off. After a pause, my mother began to tell me what the lady on the phone had said, and it was unsettling.

The whole thing boggled my mind.

I support a person wanting to improve their looks by hitting the gym, dressing sharper and eating healthier.

But the colour of your skin isn’t a deficiency, it is a characteristic. Eva Longoria, Will Smith, Halle Berry, Vanessa Williams are some of the most beautiful looking people in the world. Imagine if they were suddenly whiter.

Would Will Smith look better as a white dude?

Did Michael Jackson look better when he started looking like a white woman?

It is unfortunate that people in our society get away with such racism.

Do imbeciles who judge others on the basis of skin colour, really need their opinions validated?

Every time there is a Fair & Lovely commercial on TV, some bigot watching, is feeling justified.

*The author wants to clarify that he is neither a drunkard, nor a fire worshiper. As much as he would appreciate the irony, he wouldn’t really want to be set on fire for his jesting.