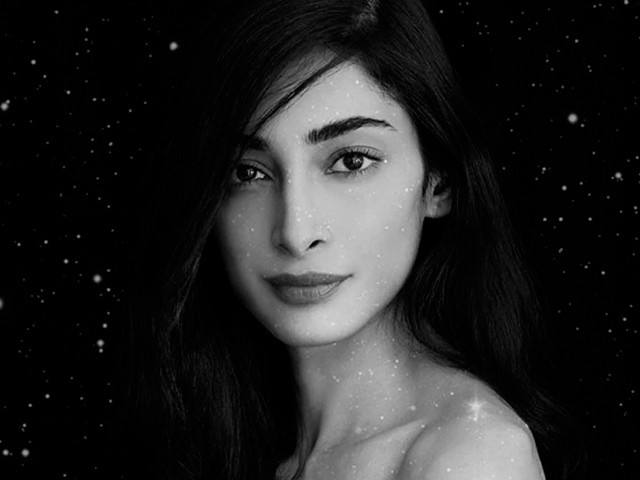 Anam Tanoli’s suicide is yet another reminder of how people can put on a facade and appear strong, only to be suffering in silence. PHOTO: INSTAGRAM

“Be grateful for what you have.”

“Always look at people who are less fortunate than you.”

“If you believed in God, you wouldn’t feel hopeless. You need to pray more – it’s the devil making you depressed and miserable.”

“Stop being cynical, be positive.”

And here is the worst one,

“Stop pretending you have mental health issues to gain sympathy and attention!”

If you have ever had anxiety, depression, stress or any other mental health issues, I bet your Pakistani family, friends, relatives, colleagues, neighbours, or even complete strangers would have used at least one of the aforementioned phrases after becoming aware of your condition. Very rarely will you find individuals who have suffered from a mental health condition and received the support they needed, without anyone dismissing or underrating their symptoms.

People suffer, and they often suffer alone. It is extremely difficult to open up about your mental illness, especially in Pakistan, only to be told,

Unfortunately, people suffering from mental health issues are made to believe no one understands them. It’s a dark place to be. So dark, in fact, that sometimes to some people it might seem like the only way out is taking their life and ending their torment. According to the latest available data by the World Health Organisation (WHO), the annual rate of suicide in Pakistan is 2.9 per 100,000 people. Professor Murad Moosa Khan, President of the International Association for Suicide Prevention, estimates that between 130,000 to 300,000 people are at risk of attempting suicide in Pakistan.

With such high numbers and the stigma surrounding mental illness in our society, it isn’t surprising that someone with a seemingly perfect life would attempt to end their own life. The recent case of Anam Tanoli’s suicide is yet another reminder of how people can put on a facade and appear strong, only to be suffering in silence. We are yet to find out the details of the circumstances of her suicide, but thus far it has been revealed she was a victim of online bullying and trolling.

Anam Tanoli didn't commit suicide, it was a murder, we as a society killed her. I'm sorry Anam Tanoli but we couldn't save you from these social media bullies, may your soul rest in peace.

Anam Tanoli is gone. Another case of depression goes unnoticed. Another girl gets dragged through hell for her choice of profession. Another girl whom society killed, but she isn’t worth remembering or praying for because she wasn’t apparently pious. #AnamTanoli pic.twitter.com/J8jAIF5wP3

The heart-wrenching case of 13-year-old Megan Meier, who committed suicide after cyber bullying, still haunts our memories. A study published by the Journal of Medical Internet Research found that cyber bullying raises the risk of self-harm or suicidal behaviour 2.3 times, revealing just how serious the issue has become.

This is unsurprising; after all, trolls are relentless on social media platforms. I have been targeted several times on Twitter for merely speaking my mind in the blogs I write. For some reason, people find it easier to harass and bully a complete stranger, instead of reading the entire piece and arguing logically in a civil manner. After receiving a lot of vitriol on my initial blogs, I decided to ignore the comments section altogether, only to find the bullies shifting platforms and finding me on Twitter to harass me.

This is a picture of me from when I was going through turmoil not very long ago. It happens to the best of us. Mental health is just as important as physical health, and we all hit points in our lives sometimes when all seems to be falling out of our control. Dear Anam, I’m sorry you had to give up. I’m sorry I didn’t understand the intensity of how much you were hurting. I know you were trying your best to be positive and you were a champ. I was super proud of how far you had come in the 9 years I had known you and the person you had grown to become. I swear you had the strength to keep fighting back, staying strong, and standing tall. But you just needed to hear more of that from the people around you, a little more often. I’m so sorry.. I know how it feels when you hit a point so low that it makes you feel like giving up. We all know that feeling. Every single person is fighting their own battle from behind the face we put up for society to make it look like all is under control. Fortunately or unfortunately, with the growth of social media, random people’s uncalled-for opinions and hate speech make their way to us. Now more than ever, we need to learn to love and value ourselves, and KNOW our own selves and our own worth, so that peoples opinions of us don’t get to us and impact our perception of ourselves. For the trolls: Let people be. Give them the right to be human sometimes. Give them the liberty to make those occasional mistakes. Because without that, no one can ever learn or grow. Reflect and focus your energies on fixing and working on yourself more than scrutinizing, judging and putting others down. Let’s please all shun bullying and hate speech. When you see it happening to someone, please stand up for them and make it stop. Build each other up, don’t be a bystander watching someone being tormented. #BullyingIsNeverOkay

RIP – Anam Tanoli I didn’t know her personally but I’m devastated that a young beautiful girl succumbed to the bullies around her. I spoke to a close friend of hers who told me how deeply she was affected by social media trolling & bullying at work. She was suffering from depression & the world was ruthless regardless. I wish she was stronger but I also wish that we were kinder , all of us. Be on a watch, anyone around us could be suffering from depression & your words can take someone’s life. I’m sorry #AnamTanoli on behalf of everyone who pushed you take such a step. My condolences & love to the family! P.s we may be out here for you on social platforms but we are just like you. we get hurt, we break but we endure & put the broken pieces together to run another show for all of you. Be kind, it won’t cost you a thing, Please be Kind & considerate & compassionate for others & their hearts! #RIPAnamTanoli It is about time we treat depression as an illness so we can comfort the ones suffering, atleast. Seek medical help without reluctance. Please don’t be afraid of the society, protect yourself first!

Over the past several years, I have developed a thick skin, but there are still times when unnecessary remarks and jibes get under my skin. Unsolicited advice and commentary on how one should lead their life can be especially annoying, demoralising and simply abhorrent. When I was younger, I didn’t have the resilience I have now, and this makes me worry over how awful it must be for teens and youth these days, especially if they are vulnerable and happen to be in the public eye.

A talented woman who was only 26-years-old, Anam was hurting, and strangers on the internet – who didn’t know her, and were unaware of her story, her struggles, her dreams, her responsibilities and her capabilities – decided to hurt her even more. Just because she was a model and thus a public figure, the public thought they owned her life and had the right to take it away. Even after her tragic death, some individuals on Twitter aren’t refraining from targeting her and her decision to end her life. Not only do we lack empathy as a society, we are also great at passing the buck.

Incredibly sad to see a young girl of 26 who had so much to live for end her life. Mental health issues and depression are real and fame has its own set of pressures. May she rest in peace.https://t.co/iYhn75YHkM

The enormity of this tragedy is mind-numbing. A beautiful young woman takes her life, and no one knew she had reached a point of absolute despair and darkness.
It is painful as hell.

This is not an isolated case. Go to literally any female celebrity’s Instagram account, and you will see venom being spewed in the comments section. From someone’s appearance to their personal relationships and their career choices, unproductive keyboard warriors will criticise anything and everything. They will assassinate your character, mock your appearance, call you names, verbally attack your family, and even use religion to insult you if you are a public figure in Pakistan. The vitriol, after all, is always worse if you are a woman.

You know what else is worse if you are a woman in Pakistan? Suffering from a mental health condition. Your symptoms will often be dismissed as ‘your weakness’. If you display any signs of distress or anger, you will be labelled a rebel. “She is probably PMS’ing”, people will casually remark.

According to a study by The Burden of Mental Disorders in the Eastern Mediterranean Region, women in Pakistan lost nearly 1.2 million life years (adjusted for disability) to depression in 2013, compared to men who lost around 495,000. Last year alone, 550 women were treated at the Pakistan Institute of Medical Sciences (PIMS) for attempted suicide. You can imagine how high the numbers must be nationally.

As a society, we need to begin by eliminating the stigma around mental health, develop compassion for others, and train our brains to walk in other people’s shoes. We all need to come off our high horse and accept that none of us are perfect. Instead of dehumanising those who are suffering, we need to come to terms with the fact that mental health issues are health issues, are real issues. There isn’t an on/off switch in our brains we can flick to make things hunky-dory again.

We desperately need more mental health institutes, and yes, a 24/7 helpline would be brilliant as well, but more than anything else, the need of the hour is to find empathy within our hearts.

If seeing six-year-old children dance is sexually attractive, the problem lies with your sick mind, not the girls