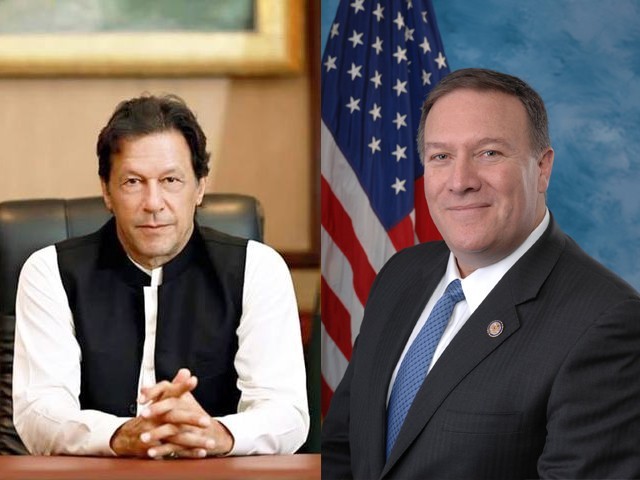 Imran Khan’s telephonic conversation with US Secretary of State Mike Pompeo came across as an embarrassment to the nation.

In the globalised world of today, the foreign policy of any state is the most vital component to its progress. This is how states interact with each other and negotiate their interests, as you have to figure out how to fulfil your national interest while also giving other states a way to fulfil theirs.

In Pakistan, it has been the control over foreign policy that has been the cause behind major rifts between civilian governments and officials of other institutions. Zulfiqar Ali Bhutto, Benazir Bhutto and Nawaz Sharif were all elected leaders thrown out of power due to their efforts to take an upper hand over foreign policy decision-making. Keeping in mind the sensitivity of Pakistan’s international relations and its history of elected leaders being undermined when it came to matters of foreign policy, newly elected Prime Minister Imran Khan is expected to deal with this issue very carefully. However, until now, Imran has only shown signs of immaturity and complete ignorance when it comes to diplomatic protocols and displaying an understanding of how diplomatic relations are undertaken.

First of all, Imran’s telephonic conversation with US Secretary of State Mike Pompeo came across as an embarrassment to the nation, revealing the inability of the new government to understand how diplomacy works. The statement released by the US revealed that Pompeo congratulated Imran, but also asked him to take stronger action against alleged terrorist organisations on Pakistan’s soil. This was the usual pressure tactic from the US, asking Pakistan to “do more” in order to get more out of the country upon Pompeo’s visit.

However, in a bid to appease his supporters, Imran’s government issued its own version of the conversation with Pompeo, in which only congratulations were in order and no matters of terrorism were discussed. In response, the US State Department released a transcript of the conversation, ending the matter of what was discussed and humiliating Pakistan in the process. This not only showed the incapability of the current government to handle sensitive diplomatic issues, but also created an image that the new prime minister is willing to lie to the nation for the sake of rhetoric.

Then, if this was not enough, news emerged that Imran refused to take a scheduled call from French President Emmanuel Macron, since he was busy meeting some TV anchors and journalists. One wonders, how can an elected leader lead responsibly if he not only behaves unprofessionally by missing a scheduled call (since all important calls between state officials are scheduled and do not take place at random), but also deliberately leaks it to the media in order to give the impression that he does not care about foreign countries or our diplomatic relations with them? Perhaps it makes Imran’s supporters feel good for a few moments to see their leader decline a scheduled call from the leader of France, but in the long run, it can result in the world not taking Imran seriously, given that this was the second gaffe on the diplomatic front in a matter of days.

Furthermore, Imran has refused to go to the United Nations General Assembly (UNGA) annual session, with his statement suggesting he is also not interested in going to any foreign country since he wants to fix internal matters of the country first. The intention is good – he wants to solve the looming currency crisis and other challenges threatening to derail the already struggling economy of Pakistan – but in the era of globalisation, a developing country cannot ignore the opportunity to meet global players. Being more active on the global platform would be a good opportunity for Imran to not only put Pakistan’s case in front of the world, but also its newly elected government. Knowing Imran’s charm and skill in social settings, he could easily be successful in striking cordial diplomatic relations with other heads of states, as Prime Minister Narendra Modi has successfully achieved.

Dealing with other countries does not imply we are putting our own state last; on the contrary, it is for the benefit of Pakistan and its struggling economy that we need to put in an effort to build stronger ties with the world, instead of experiencing further isolation. After all, there is a reason President John F Kennedy rated foreign policy and relations to be of higher priority than internal policies, as he said,

Imran and the Pakistan Tehreek-e-Insaf (PTI) government must realise that it is the foreign front where we need to take immediate steps and negotiate with global players in order to improve our global standing. He needs to learn the dynamics and protocols of foreign policy to learn the art of getting things done in Pakistan’s favour. Shah Mehmood Qureshi is an experienced campaigner, but we also need our head of state to step up and be as active and renowned as Modi, Donald Trump and Xi Xinping are.

Imran needs to understand that elections are now over, the war has been won, and there is no longer any space for mere rhetoric and sloganeering. He cannot win the confidence of the world by twisting the facts of a telephonic conversation or by rejecting phone calls from other heads of state. There is no room for emotions and drama in the shrewd world of diplomacy – there is only room for playing the game and serving the interest of your own state while seeming more open to engagement and improvement.

With Pompeo having just arrived in Pakistan, this is a golden opportunity for Imran to make a fresh start early on and reset the tone, controlling the damage done after his telephonic conversation and lobbying for Pakistan’s relationship with the US – which seems to be at a historic low. The importance of this meeting cannot be stressed enough, especially in light of the US cancelling $300 million further in “aid” for our lack of action against terrorism.

It’s time for Imran to get rid of the hangover from his electoral victory and learn the art of public relations on a global platform, where leaders smile and shake hands in order to have smoother and friendlier relations with the world. In Pakistan, elected governments already have a small space to formulate or shape its foreign policy narrative, while all failures are automatically put on their shoulders. Imran may be one of the only leaders to have the support of the military as well as the nation; now would definitely be the time to use it.