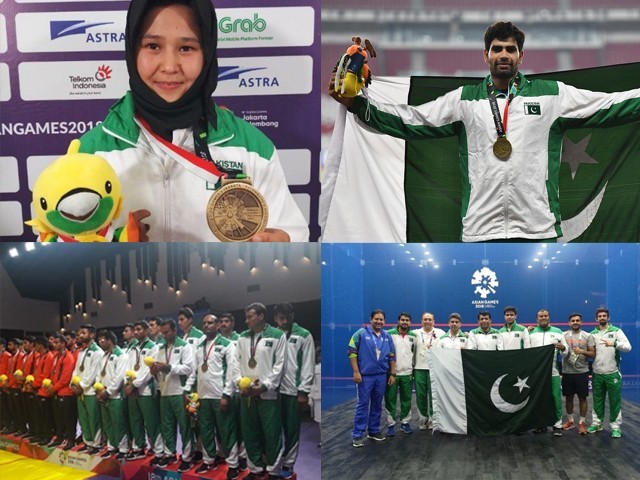 Thirty-five sports disciplines, around 250 athletes, and only four bronze medals, this is the dismal summary of Pakistani athletes‘ performance at the Asian Games in Jakarta. This is our worst ever performance in the tournament, lowest total medal count (same as the Asian Games in 2006) and the first time that Pakistan failed to win a gold or silver medal.

The bronze medals came from four different categories: athletics, kabaddi, karate and squash, while the men’s field hockey team missed out on a medal only for the second time in the history of the Asian Games. Two of the four bronze medals can be considered fortunate, as the medals were given to the losing semi-finalists in kabaddi and the men’s squash team event. If the matches would have taken place, Pakistan would have struggled to win the bronze medal games against India in both events. 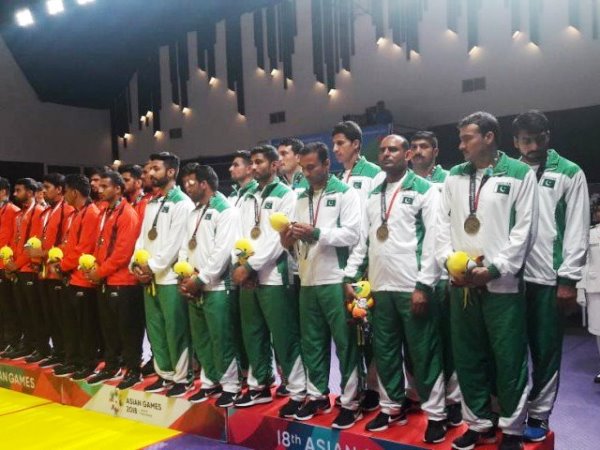 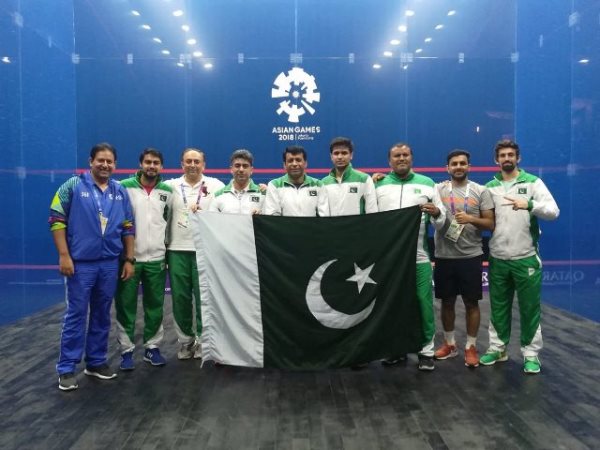 Pakistan’s squash squad pose for a photo while holding the national flag during the Asian Games 2018. Photo: Twitter/ Khel Shel

On the contrary, the other two bronze medals were historic. Nargis became the first female karate player to win a medal and Arshad Nadeem was successful in winning an athletics medal for Pakistan, after a wait of 24 years at the Asian Games. Both Nargis and Nadeem are young, and can represent Pakistan with laurels in the coming years. Nadeem is presently ranked amongst the top 50 javelin throwers in the world, and has the potential to participate in the 2020 Olympics, if given proper support and training opportunities. 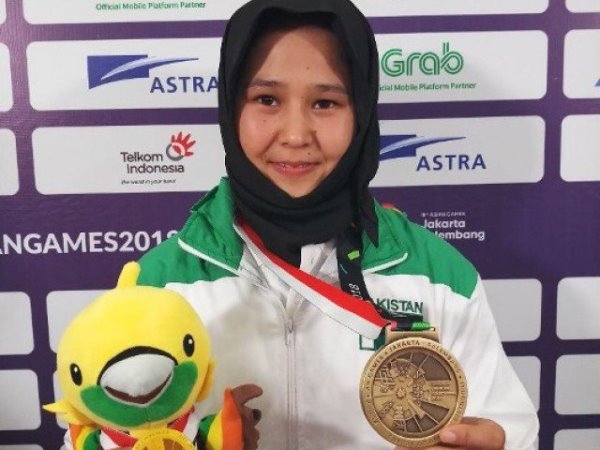 Nargis has become the first Pakistani to win a medal in Karate at the Asian Games. Photo: Asian Games media 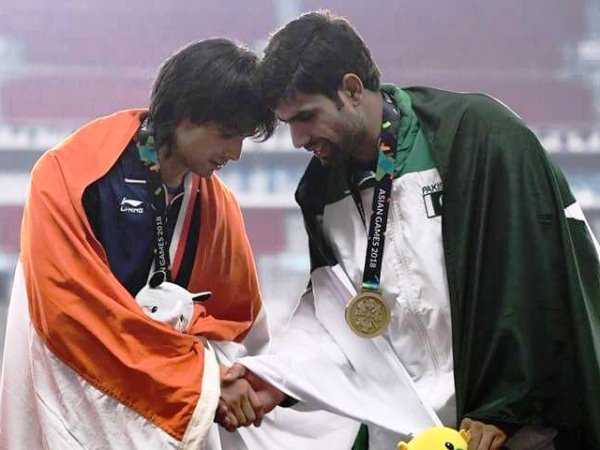 The performance of Pakistani athletes in general across the 35 sports was appalling, to say the least. A majority of the athletes (and teams) were unable to go beyond the first round, or were languishing amongst the bottom half of the contestants. Almost all the Pakistani boxers, judokas, wrestlers and wushu players were knocked out in the first round, which is alarming, as they have shown better results at the Asian and Commonwealth Games in the recent past. No great expectations were attached to athletes in sports like archery, fencing and sepak takraw, where the athletes were competing at this stage for the first time and were easily demolished by their much superior and experienced rivals.

Only a handful of athletes even came close to winning a medal. Apart from the field hockey team, which finished fourth, only two athletes stand out: Usman Chand, who finished fifth in the skeet shooting competition after qualifying for the six-man final in third position; and veteran karate player Saadi Abbas, who lost out on a bronze medal in a controversial fashion against the Jordanian opponent.

There are only two other performances that are worth mentioning. The men’s football team registered their first win at the Asian Games since 1974, when they defeated Nepal in a group stage match. In addition, the men’s volleyball team finished eighth, thanks to their upset wins against India and China (both teams have a much higher world ranking than Pakistan).

The dismal performance at the Asian Games after a lacklustre showing at the Commonwealth Games earlier this year does raise questions about the state of preparations of the Pakistani athletes for the 2020 Olympics. Two years ago, only seven athletes represented the country on the basis of wildcard entries or continental quota schemes, as no athlete was able to directly quality for the games. The only hope now is that the “Naya Pakistan” of Prime Minister Imran Khan also brings a new dawn to the state of affairs of Olympic sports within the country.

My hopes are not high, as I foresee that cricket will continue to get the lion’s share of all the attention, support and resources, not just from the government but from other important stakeholders such as the media and corporate units. All the while, only cosmetic steps will be taken to address the depravation of Olympic sports, which shall continue to suffer under gross neglect.