Towards a relatively peaceful existence 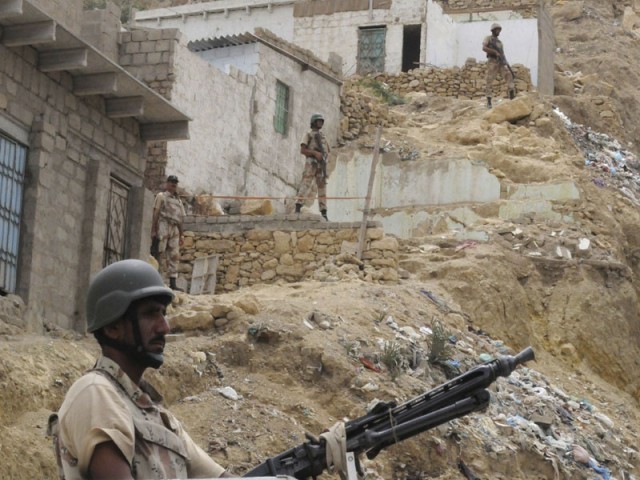 In Pakistan, where people have few opportunities for progressing in life, the opportunity cost of fighting is low. PHOTO: AFP

Theoretically speaking, a civil war is a situation whereby two or more groups of a country’s population are engaged in an armed conflict to amass central power. Bearing the definition in mind, there remains no doubt that we seem to be heading towards one.

The Geneva Conventions of 1949 explain the nature of a civil war in Article 3, as a situation whereby:

“insurgent civil authority exercises de facto authority over the population within a determinate portion of the national territory.”

Different groups and factions in Karachi are known to have strongholds in different areas of the city. Residents of these areas are known to have been coerced into paying protection money or bhatta to some of these groups. Another peculiar thing to note is that whenever a bout of violence hits the city, the death toll seems to escalate in particular in these so-called strongholds, perhaps indicating avenged murder. For example, an attack in one particular area is followed by one in another area where a rival group dominates. Also, in most cases, the attacks are carried out by people whose identity is never uncovered, also typical of guerilla warfare.

It seems that the quickest way for a group or party to gain recognition is to play the ethnic card by claiming to be a saviour of the ‘rights’ of a certain group of people. In fact, most political parties, and even religious ones, begin this way, since this route, in the eyes of their leaders, is the quickest to gaining the support of the targeted electorate. This explains the fact that many areas and neighbourhoods of Karachi become labelled as being pro Party A or anti Party B. This happens despite the fact that not all residents of that particular area support said Party A or even that all belong to the same ethnic background.

Civil war is not a new phenomenon. It has been an increasingly popular form of conflict in several post-colonial states. In fact, in a country such as Pakistan, since many people have low incomes and also few opportunities for progressing ahead in life, the opportunity cost of fighting is relatively low. The question obviously is how are we to actually move beyond this, so we can learn to live in a relatively peaceful existence.