Dear PTI, admit your mistake and apologise, rather than treating us as fools 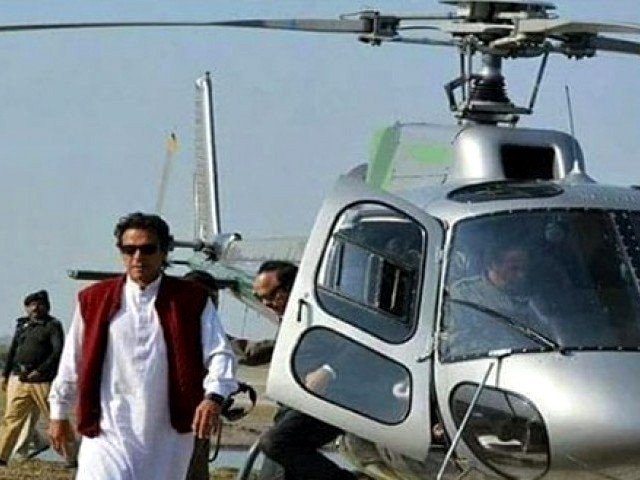 Call a spade a spade and simply apologise, instead of turning yourself into a laughing stock. PHOTO: TWITTER/ FAIQAARSHAD11

Amidst all the austerity measures introduced by the current government, there have already emerged two controversies that indicated it may all be a façade. The first was when the Chief Minister of Punjab, Sardar Usman Buzdar, used a government jet to travel to Islamabad with his family. The second was when the Prime Minister of Pakistan was using a helicopter to travel to and from the Bani Gala.

During the tenure of the Pakistan Muslim League-Nawaz (PML-N) and before that the Pakistan Peoples Party (PPP), ministers used to enjoy such facilities with impunity, sparing no concern for cost, since making huge expenditures from the national exchequer is part of governance in Pakistan. However, Imran Khan’s government started on the note that this will not continue in Naya Pakistan, with a lot of noise being created over the cutbacks that were to take place in the lifestyle of elected officials. If only they had acted on what they preached.

What somehow made the entire controversy worse was seeing Information Minister Fawad Chaudhry put forward half-baked explanations that were as ridiculous as they were hilarious. The best one, of course, was Chaudhry’s justification that each trip only cost between Rs50 to 55 per kilometre. When asked who provided such a figure, he revealed that he had in fact googled it himself. After a lot of trolling and jokes on social media at the expense of Chaudhry and the new government, it was unveiled by actual aviation experts that the journey actually cost the national exchequer somewhere around Rs128,000 per trip.

How does it look when the information minister relays false or inaccurate information to the nation? This is what happens when ministers face the media and stubbornly try to justify the actions of their colleagues and their party, come what may.

No one is criticising Imran for using the helicopter; it is his right as the prime minister. But to make a huge deal out of austerity measures only to not follow them, and then having a minister try and justify it with false logic instead of the truth, is frankly quite insulting to the nation’s intelligence.

It’s not how much money the helicopter ride costs but the fact that PM Imran Khan spoke about austerity, not using wasteful security protocol etc. No one would be against efficient travel and security for the country’s prime minister. This ‘no protocol’ silliness was unnecessary. https://t.co/Qc8NAkshcZ

Pakistan is used to prime ministers using official property for personal use; Nawaz Sharif’s helicopter was used by his children, to transport Nihari for his meals from Lahore to Murree, and to shower flower petals on his convoy after he was disqualified by the Supreme Court.

Yousuf Raza Gillani, another former prime minister, famously used the government jet to transport his family from Multan to Islamabad in order to meet Angelina Jolie on her visit to Pakistan. This was common and unsurprising in the old Pakistan.

You are very vigilant on the use of helicopter by PM @ImranKhanPTI . Were you sleeping when even Sharifs' kids were plundering state resources? pic.twitter.com/C2dsOGaMJZ

However, given the rhetoric employed by the PTI, such incidents only provide ammunition to the opposition, since Pakistan Tehreek-e-Insaf (PTI) was elected on the promise that they would be different, not exactly the same. The PTI has previously been criticised for taking U-turns, and the behaviour of their ministers going against their word makes it seem as if austerity was also a mere slogan that the party will retreat from.

In the past, every single time we were made aware of such incidents, ministers from their respective parties would defend their leaders at the expense of logic and common sense. Now with a new government in Islamabad, the public expects better, mainly because the PTI has strongly and repeatedly urged them to.

What is sorely needed is for the information minister to be better prepared from now on, especially when he faces the media to provide justifications for the controversies that are likely to follow. Chaudhry’s utmost priority and loyalty should be to the interests and the people of Pakistan, not his political party. If nothing else, at least better preparedness and an information minister not blindly defending his party is the only sign we need that this is indeed a new beginning for Pakistan. Call a spade a spade and simply apologise, instead of turning yourself into a laughing stock.

The government spokespersons should realise that prime ministers and chief ministers are not the government – they are simply part of it. They are fallible and can make mistakes, and openly admitting to them will make them seem more human and relatable to the people who elected them than lying to save face will.

After all, the PTI came into power on the bandwagon of change. Now everyone part of this government should actively carry this mantra of change forward by judiciously serving Pakistan and by proving through their actions instead of their words that they are loyal to Pakistan, not to any individual.