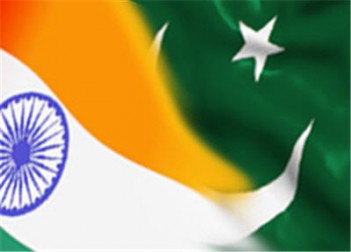 India needs to do a lot more, because Pakistan is already doing it!

We have fought numerous wars, we have exchanged many dead, we have brought enough misery upon our lives and continue to live close to the poverty line, only to maintain an aggressive yet defensive posture. We never let a chance go by where we are leveling blames on each other, and we make sure that any talk towards peace must fail miserably.

Sadly, this time around it was first Pillai and then Qureshi’s fault!

Pakistan has to realize it’s not as big as India and must look more towards its own economic standing, before eyeing a stronger, stable economy, and India simply needs to stop bullying each of its neighbours, with the ultimate wish to conquer all of it back again.

The statement from Pillai was a mischievous indication which could have waited a couple of days and not necessary to be issued, where he directly accused the ISI for managing the Mumbai attacks, and supporting the freedom movements in Kashmir. This planned revelation from an Indian high official on the eve of the talks did not go well for the establishment for Pakistan.

Instead, India should have shown a lot more flexibility on the Mumbai tragedy and not made it into a bone of contention. Especially, after Pillai’s accusations.

With such propaganda tactics India has prioritised against Pakistan for the International world to show Pakistan as a terrorist state, trying hard to have it isolated and diplomatically cut off as a failed state. India somehow doesn’t realize that the problem of terrorism is worse in Pakistan, and the army has already been engaged in battle with these terrorists since two years now. Such moves make it worse to maintain the writ of the government to control law and order within the country, as for many this remains the most important reason for additional recruitment. It also creates public resentment and naturally increased dislike in return from patriots of all social statuses.

It was certain India would have got a response from Pakistan after this stunt by its establishment. India would have reacted if Pakistan had done the same. Ultimately the inevitable reaction India received a day later, where we were first said to be bad hosts and should learn how to treat guests! Qureshi delivered a very dramatic speech, but could have been a better actor, nevertheless he had made his point across after his latest briefing from the high-ups just a few hours earlier.

We must also appreciate that no doubt the establishment waited the day to weigh the outcome of the talks, and restrained itself from jumping in earlier by allowing diplomacy to prevail. But when FM Qureshi appeared too apologetic and was flying by core issues such as the Kashmir crises, Indian involvement with TTP and some Balochistan organisations, the establishment kicked into action and told the politicians we cannot be “bullied” like this. Fair enough! Only if FM Qureshi could have played a stronger negotiator, this situation would not have occurred. The blame on Krishna to be taking instructions from Delhi, while Krishna denying it, was also very childish of both FM’s.

India wants to settle Mumbai first and then continue. They want arrest and trial of Hafiz Saeed, and also want the alleged officers of ISI tried and exposed. India has caught, tried and now punished the attacker. India has also got access to a mastermind of the attack who is in US custody, and accessible to them. While Pakistan wants to know when the Kashmir issue will be resolved and  about India’s reply to the allegations by our armed forces for their involvement with promoting terrorism within Pakistan. Has Pakistan not shown or been using flexibility on the Kashmir problem?

Here, we should realize some of the facts:

1. Pakistan has been fighting terrorism since 2001 and continues to fight the armed resistance along the western borders.

2. Afghanistan has not been a stable neighbour and had much influence on the rightist quarters within Pakistan.

3. Since 2008. local operations were carried out by the army, and Swat, South Waziristan and Orakzai have been freed of militant control as a result.

4. The people of Pakistan have suffered a great deal of financial losses, reputation, and its citizens since the war on terrorism began.

5. Yet, Pakistan is willing to move on with India and has held talks before, and never backed out from such diplomatic peace progressive measures.

Since the Mumbai attacks, India has kept the pressure on an already defensive Pakistan to root out terrorism, without realizing the fact that Pakistan is already working towards it. Most of the public opinion is against such acts, and the government and the people along with the security forces are engaged almost on a daily basis with the terrorists. India has used its influence within the International quarters and their missions abroad to involve the rest of the world in helping India defame and corner Pakistan, by holding its spy agency (the first line of defense) responsible for the Mumbai carnage.

Because David Headley who is kept in US detention says so.

Does India realise that we have more than one Hafiz Saeed type of people here?

In addition to Laskar-e-Taiba, we have Jamat-ud-Dawa, Sipah-e-Sahaba Pakistan, Asian tigers, Punjabi Taliban, Tehreek-e-Taliban, Jamat-e-Islami, Ghazi Force and also Al Qaeda, who are hell bent on attacking India and the USA as the primary enemy, but except for 9/11 (Carried out by Arabs) and Mumbai, both countries have remained safe from terrorism. So how will the arrest and trial of Hafiz Saeed really make a difference? Rather India here needs to help Pakistan fight this menace, as we suffer a Mumbai here every day, because of these militants. India has its own internal problems and we hear about the Maoists attacking law enforcement, government officials, people and schools just like the ones we have here. Similarly, India has a great number of rightists, who would not like to see Pakistan on the map of the world.

The Afghan, Pakistan, India trade agreement was a win-win for Afghanistan and India only. This shows the world that Pakistan is ready to move on even after sacrificing its much needed revenues, and in return of this gesture for now Pakistan is only asking for help and patience from the rest of the world to keep their and our homes safe. India must show some respect for its neighbor and flexibility with Kashmir, and must give them their needed rights to curtail the extra-judicial measures applied there. It does not help when India continues to issue fabricated reports, and presents lies as truth for gaining opinionated mercy of the International community while posing as the oppressed.

An eventual collapse of the talks will lead to a new confrontation and possibly a war which will be very different than the last many that we have fought already. This decisive war will give room to the rich to flee and certainly roast the poor, as both countries have many at hand. Pakistan’s population is at 200 million and India above 1.2 billion people and as we know we cannot sustain a conventional war for more than a week, I leave it to you to make out, who will lose more if both sides resort to the use of nukes?

India needs to do a lot more, because Pakistan is already doing it!