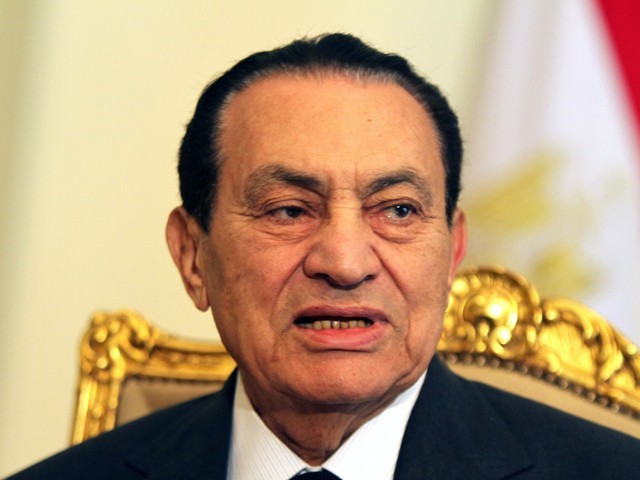 As doctors at Sharm el-Sheikh International Hospital in the Red Sea resort community, where Mubarak has been admitted since mid-April, keep denying reports of the former Egyptian president’s “worsening condition”, his lawyer continues to feed the media reports alleging that Mubarak isn’t getting any better.

On Sunday, Mubarak’s lawyer Farid El Deeb said that the former president had slipped into “a complete coma”. However, Egyptian state media soon reported that the hospital director had denied the report.

“The ministry does not have any medical documents which confirm the fact that the former president [Mubarak] suffers from cancer.”

Doctors at Sharm el-Sheikh International Hospital also denied reports of any such development in his health.

It doesn’t take a genius to figure out why Deeb is so hell-bent on ensuring that Mubarak’s condition keeps worsening – even if it is just on paper.

The fact is, once the former president stands trial, there’s a possibility that he could very well face execution if he is convicted of ordering police officers to use live ammunition to kill protesters on January 25 in Cairo’s Tahrir Square.

On the other hand, many also believe that the Egyptian military was not serious about trying Mubarak quickly and were “hoping he would die” to avoid the spectacle that would very likely follow if they were to drag their former commander-in-chief into court.

Whatever it may be, the news coming in every now and then about him seems no more than an obvious ploy designed to gain the sympathy of the masses.