If Harry Potter were desi, his broom would be a jharoo and his Snitch a laddoo 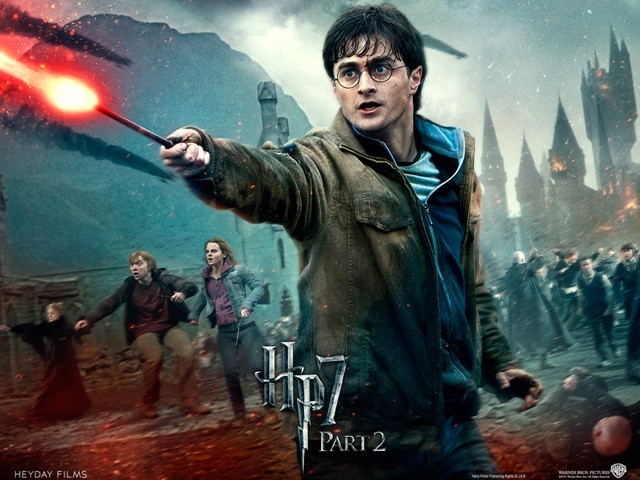 Harry Potter’s last film is coming out (in Pakistan) on July 22 and somewhere in semi-peaceful parts of Karachi, not shown on TV, a couple of kids are getting ready for the biggest event of their lives.

If their city will allow them to.

When Harry Potter’s last book was released, bookshops around the world were told to release Harry Potter and the Deathly Hallows at exactly the same time, lest some overeager fan typed up the book on the internet and ruined it for everyone by not operating on GMT. That meant at 4:30 am every book outlet in Karachi was planning a huge Potter party, the first thrown ever for the series in Pakistan.

But no bookshop opened its doors at 4:30 am. ‘Bomb scare’ said the apologetic mass text message. And everyone understood, and instead bought the books a few hours later in a muted response to the worst party cancellation ever. For some it was the last straw.

“So not only do the terrorists target mosques and shops and people, but they can’t even leave Harry Potter alone?” seethed a friend.

Overdramatic you think? Not really.

People love making a bid deal about Harry. When JK Rowling was nominated for runner-up in Time magazine’s Person of the Year issue, Time slid these lines into the article:

“A teacher in Pakistan in November invited her class to compare the country’s crisis to Harry Potter. The class immediately cast Pervez Musharraf as Voldemort and Benazir Bhutto as Bellatrix.”

This was back in 2007 and the paragraph in question was about how Potter manages to penetrate all societies. A weird example, but it proves its point.

Still, Harry Potter isn’t about terrorists or drone attacks or the PPP. It’s a book, with heroes and heroines and good vs evil, and deaths, and silliness.  It’s always been a book, to be read late at night non-stop because what if you turn a page and Voldemort – sorry, sorry, You Know Who – just happens to show up?

My parents bought Harry Potter for me when I was seven years old. I hated it and stopped after three pages. A few weeks later I decided to give it another chance. I never stopped. Harry Potter was my first novel, my first grown-up fantasy. And yes, I desperately waited for my Hogwarts acceptance letter on my eleventh birthday. But the best thing about Harry Potter was that unlike other childhood fads, like pretend games and cartoon shows, it always remained cool. It wasn’t for a set audience at all; Harry Potter grew up with you, from a short squinty kid to a saving-the-world kind of teen.

And Harry Potter was also “Haary Paater aur Paras Pathar” (Harry Potter and the Philosopher’s Stone) in case you were wondering. The Urdu versions by Oxford University Press only go up to the third book, and you won’t find as many pirated versions of these editions as you would the English originals. The Urdu version is also infinitely sweeter: ‘nanna Harry Potter’ (tiny Harry Potter) is up against ‘zalim jadoogar Voldemort’ (the evil magician Voldemort), not to mention the ‘buray salook karnay walay khala aur khaloo’ (the uncle and aunt who treat him badly).

I decided to poll people my age to see what whether they were just as emotional about Potter as I was. It was definitely a children’s book: most people had picked it up before the age of 10. Their favourite character? The conflicted Snape came first, followed by know-it-all Hermione and amusing Ron.

And what about the film itself? Given these responses, you’d wonder what took Warner Bros. so long in releasing it here: ‘I’m camping outside the Atrium in my fake Dumbledore beard’ to ‘Wearing my special Slytherin tie’ and to ‘On a scale of 1 to 10, I’m an 11’.

For some it was poignant: ‘I’m literally counting down the seconds to my childhood’ and even, ‘I’m not watching it. The hurt from the end of the books themselves is enough to last me a lifetime.’

But the best responses were from those lucky few who’ve already seen it, whether abroad on holiday (in most countries the release date was the 15th) or on sketchy pirated DVD copies. It was “amazing”, “depressing” and mostly “I just cried a lot”.