For Neelum, life was only just beginning 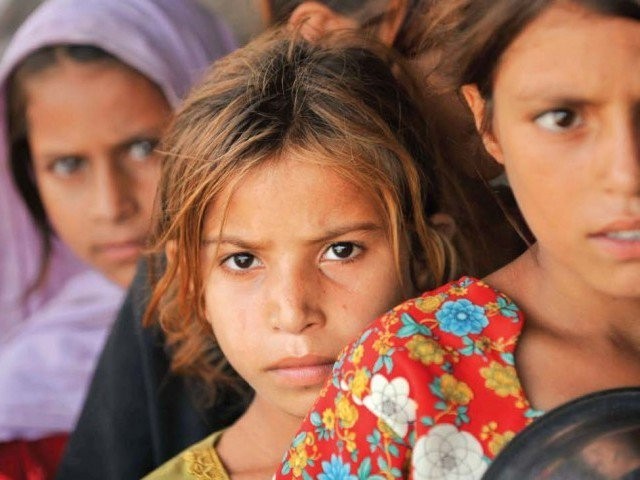 Neelum met many children like herself, with broken childhoods and broken dreams. PHOTO: AFP

Neelum sat by the window as rain spilled from an ashen sky. From the window, she saw a little girl, almost the same age as herself, scuttling in the rain with her father. She laughed as rain poured over her and her eyes twinkled happily.

Neelum watched the little girl scurry down the street, with her father holding her hand protectively. Tears pooled in the corners of her eyes, and she crawled back into her grief of being an orphan.

It was night, and the sky was full of stars. Neelum’s parents still hadn’t come back home. She felt sick with apprehension. They should’ve been home by the afternoon. Abbu had to pick Amma up from the school where she taught, and then they had to come back home together. She wondered why they weren’t back as yet.

She didn’t know when she fell asleep, but it was a restless, dreamless sleep.

At the crack of dawn, the doorbell rang. Neelum rolled over and blinked awake. She opened the door to see Uncle Kaleem, and his face told her something was wrong.

“Come with me,” he said in a flat voice.

Neelum wanted to ask him why she had to go with him, but no words escaped her lips, and she quietly followed him.

At Uncle Kaleem’s house, Neelum was told her parents had been in an accident. Their motorcycle hit a truck and they both sustained severe injuries which they succumbed to.

Neelum’s happy world suddenly imploded. She couldn’t believe the words being spoken into her ears. They seemed hollow, almost untrue. But she knew her uncle wasn’t lying.

Uncle Kaleem calmed her down and made her believe everything would be fine. He told her she would stay at his place, and that he would treat her just the same as his own children.

“Your father has done a lot for me. I owe this to him,” he said.

But after a few days, he realised she was too much of a responsibility. Shades of worry and disaffection began showing on his face. Neelum sensed her time here was almost done.

Some days later, Uncle Kaleem dropped her off at an orphanage.

“You’ll live here from now on. I’ll keep visiting from time to time.”

When he left, Neelum looked to the heavens with teary eyes, and thought of how she had known this was going to happen all along.

At the orphanage, Neelum met many children like herself, with broken childhoods and broken dreams. But even among all these children, she felt alone.

Other children often invited her to play with them, but she never went. When they would all be playing, Neelum would sit hugging her knees in another corner, and watch them with sad eyes.

She missed her parents.

Her thoughts were smeared with their memories. Abbu used to make her sit on his shoulders and walk her around, and Ammi used to cook her favourite food all the time. And the three of them would often sit in their backyard in the evenings and drink tea. Life was beautiful. Life was complete.

Without them, her hope was ebbing away, and her resilience was fading. She was dying every day.

Then one day, a new girl was admitted to the orphanage. She had curly brown hair, big eyes and thin lips. She looked familiar. Random fragments from her memory surfaced in Neelum’s mind, and she realised this was the same girl she saw from the window of the classroom every day. It was the same girl who used to walk past the orphanage with her father.

“How strange is this world?” Neelum thought to herself.

Some days later, Neelum learned that the girl’s name was Roshanay, and that her father died in an accident while her mother died from an illness many years ago.

Neelum saw her own reflection in Roshanay; in her shyness, her sadness, her discomfort. When she saw her, her own despair revitalised.

The pale red evening sky was filled with birds as they flew away. Neelum sat alone under the sky, lost in thought, when an unfamiliar voice spoke to her.

Neelum nodded her head. She was a little confused. No one had ever come to sit with her before.

Roshanay sat beside her. Both of them sat quietly; neither of them could summon the energy to break the silence solidifying around them. They wanted to speak their hearts out to each other, but the words died on their lips.

One night, Neelum sat in her bed with tears streaming down her face. Roshanay walked over to her bed and hugged her.

“Don’t cry, Neelum. I’m your friend, you can talk to me when you feel sad,” Roshanay tried to comfort her.

She thought she didn’t have any friends in the orphanage. She thought nobody wanted to be her friend. The word ‘friend’ itself was suddenly a big word, a dream in its entirety, a world of its own. She realised she had been friendless for too long.

Her tears dried up, and her face melted into happiness.

That night, the two little girls poured their hearts out to each other. They sat with each other till daybreak, and told each other about their lives.

The two of them had unknowingly become best friends.

Neelum’s life suddenly got better at the orphanage. She didn’t feel alone anymore. She settled in and made other friends too, and they were all friends like family.

She also found her dream of becoming a teacher in the future, just like her mother. Life wasn’t perfect, but it was certainly better than what it used to be.

She still missed her parents, but now remembering them put a huge smile on her face. Sometimes, she also thought about Uncle Kaleem. He said he’d come see her, and yet he never did. But she remained unbothered, for she stopped waiting for him long ago.

Nothing of her past made any difference to her anymore. Her hopes surged up, and her interest in life renewed.

She realised, life was only just beginning.