Fresh Off the Boat: Why shouldn’t I like curry? 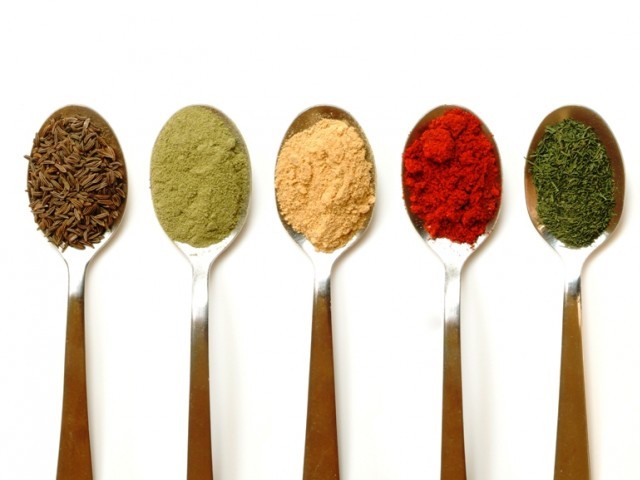 Brown:the colour I was assigned once in Canada.

Never in a million years had I imagined that I would be considered a colour just like the black, yellow, white, peach and pink people around me. If we get deep down into it though, just to set the facts straight, I am not brown. I am a darker variation of ochre.

No, I did not come here on a boat nor do I ride camels as a means of transportation in Pakistan unless it’s a family outing at Sea View beach, where camel rides are forms of entertainment.  Yet, they insist on calling us Fresh off the Boat (Fob) instead of Fresh off PIA, quite exhausted after an 18 hour direct flight from Karachi, with screaming children, angry aunties and snoring uncles. I would like to see how you smell after taking that flight, so be a little considerate at the airport instead of turning your noses and losing colour in your faces when the PIA passengers come stumbling out in all their Pakistani glory.

When I moved to Canada from Pakistan to pursue furher education, I did not know what to expect of its people. I was interested in observing how a Pakistani, would be perceived in the West.  However, the kind of absurd, comical and at times insulting statements I have heard, uttered by friends, colleagues and strangers, were so outrageous, I had to share them with the Pakistani community and the world. No matter how much we assimilate, there are certain elements in our culture that are extremely alien and unsuitable to the perceptions of the civilised, developed world.

For instance, people are unaware of the fact that our language is Urdu not Hindi. Those who are not schooled in the worlds of the East at all have asked me if I can speak “Pakistani.” If I employ the use of even the simplest of English vocabulary, many eyebrows are raised.

How it is that I can speak English so fluently, if I am from Pakistan?

Upon knowledge of private schools following British education systems, Canadians are usually dumbfounded. “But why is your English so good and what on Earth is an O’ level?” they ask unable to fathom education systems set apart from their high schools.

I have to include curry in this write up because no Pakistani can ever break association with the curry factor. Cabs in Toronto are mostly driven by Pakistanis and according to a classmate “it ain’t a Pakistani cab if it ain’t smelling like curry”.

A Spanish-Canadian work colleague had been an unfortunate witness to a “mayun” ceremony and couldn’t for the life of her get over why “large, brown aunties were applying curry powder to the bride’s skin, while other women watched shrewdly and constantly made circles with money around the bride’s greasy, oiled head.”

It was hard explaining to her, the bleaching effect turmeric has on skin and why we as a people have adopted this Indian practice.

A rather comical episode took place in our dorms, when my Pakistani roommate, Sarah revealed her parents were first cousins to a group of cheer leading blondes.

On discovering that Pakistani men were allowed to legally live polygamous lives, and marry their cousins, they practically had heart attacks, unable to fathom the legality of such isolated trends.  I can see why it would be rather difficult for an outsider to grasp concepts of legal incest and polygamy, no matter how much sense it makes within Pakistani society.  Now that I think about it, the whole first cousin thing is kind of creepy, but that’s just me.

Exotic accents that people fall in love with and curry flavours aside, there have been times when members of the Western society have surpassed humour and shown borderline racism towards ethnic minorities. It wasn’t so subtle either.

For instance, in the year 2010 we held a fund raising awareness campaign for the Pakistani flood disasters on the streets of Toronto. Unfortunately, an American tourist passed by us, spat on the ground and claimed, quite vehemently:

“No one must submit a donation to these terrorists!”

His arms were flailing and his lips were contorted.

On a recent trip outside of Canada, I met a French couple that initially mistook me for Greek in origin. I smiled politely and told them I was Pakistani, from Karachi, currently working in Toronto and their smiles disappeared, their previously inviting grey eyes turning ice cold. He spat out in a thick, French accent.

“I hate Pakistani. No. No No. I don’t like Pakistani, you guys have nuclear power and you know, it’s not good. No. No. No.  I hate terrorists.”

After a heated debate in defense of my homeland, we parted ways, agreeing to disagree. Up until that moment, I had felt removed from the “T” word, distancing from it by following its course only in the media. I realised now, being Pakistani was associated with it more than ever.

Due to the vicious instability that has grasped our nation, those on the outside, find it harder to view it as anything less than “backward and unworthy.”  I know this because it took considerable effort to encourage people to donate to the Pakistani flood victims but it was relatively easy to solicit funds for the recent disaster in Japan. Not to compare both disasters, but the response from the international community on both accounts speaks volumes.

I had seen my country in such a different light all my life loving its hospitable people and warm air. I didn’t realise, once on the other side of the spectrum, the only visibility of Pakistan is as seen on BBC, CNN, Fox News and various documentaries, newspapers and photo blogs.  No one really wants to know about our superb comedy, extraordinary fashion and brilliant music.

It didn’t help that “Osama was found in a million dollar mansion near the capital in an upscale, Miami style neighborhood of Abbotabad.”  This information came at me from left, right and center, my blackberry messenger ringing off the hook with questions regarding if I had ever seen the mansion?

Was this another conspiracy theory?

Did I know why his body was disposed of and did my government know about this all along?

Would the civil unrest be aggravated and would my family be safe?

Every corner I turned, every elevator I entered, and everywhere people convened I heard the words “Pakistan” and “Osama.”

Clapping trannies, paan spitting, buses with surreal imagery on them, a passport that asks for your religion and won’t let you go into Israel, a country now known to harbour citizens that “like to blow themselves up” and the killing of women in the name of honour – with all its mixed cultures, languages and customs, our true faces are masked and tainted by the horrible deeds of those individuals that are not Pakistanis in any way but rather, misled, disillusioned and corrupt forces of society.

I might be FOB with a funny accent and a preference for curry, but I am an educated Pakistani woman out to prove to the world that we are more than just fodder for a a comic act or a suicide attackers.  We are creative, liberal, passionate and soulful people with an undying fondness for our culture and roots and no matter which foreign part of the world we assimilate in; we carry a part of Pakistan with us, wherever we go.