Anjum Aqeel: Who let the MNA out? 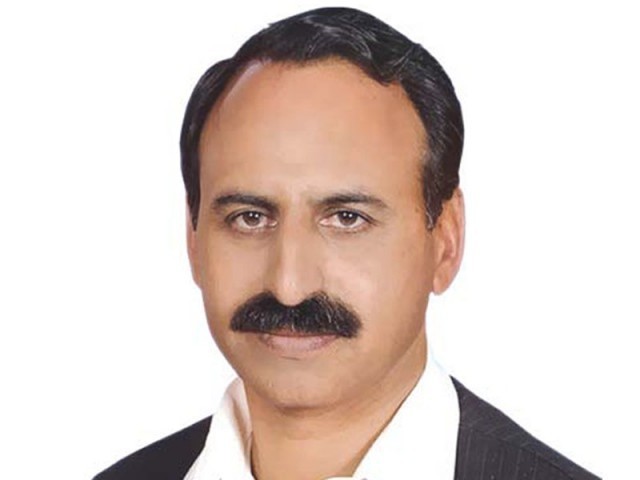 As a voting citizen of Islamabad, I am ashamed. My MNA, the elected representative of the city, a member of a party that is ostensibly part of the judicial movement, made a mafia-style dash from the police before deciding to turn himself in.

How nice of him.

There are those who would point to his party’s hierarchy to show this was to be expected. Now how can a party which stood up for the judiciary and the removal of a dictator be seen in such a light?

The party and its democracy-loving leader rose to prominence in the 80s through the support of a military dictator and later, a military intelligence agency. They claimed to be moderates, yet have historically been close to the most extreme right-wing parties.

Most sinister though, is the fact that these lovers of the legal system tried to debauch the same system and threatened the lives of the Supreme Court’s judges and, obviously, the sanctity of the court.

Were contempt of court proceedings started?

Was the PM sacked?

Was Tariq Aziz told to take his collection of fridges, air conditioners and pedestal fans with him to jail?

Duplicity is a fact of life in politics. Why else would so many of our democracy and justice loving ministers wait for the NRO before returning to Pakistan?

More pertinently, why is a ruling party member allegedly sheltering our ‘beloved’ MNA and arm-twisting the police to manipulate the case?

Why isn’t any action being taken against this provider of sanctuary?

Anjum Aqeel Khan is a glaring reminder of how dirty the politics and politicians of this country can be. An admission of impropriety in the multibillion rupee National Police Foundation scam wasn’t enough for him to get booted out of parliament.

Because he ‘promised’ to pay back the money. Not even with interest. Just the principle.

But then, as mentioned earlier, acts of corruption and duplicity present no hindrance to political success. Even the ruling party’s hero, slain by a military dictator, was more than willing to work as another’s minister for a decade. And then, like the great unifier that he was, he threatened to break the legs of any of his elected party members who, as per their job requirements, ‘dared’ to attend the inaugural session of the assembly following the 1970 elections.

The rightful prime minister of Pakistan, an East Pakistani, was kept from taking office, with the end result being that East Pakistan ceased to exist, and men like the Butcher of Bengal were made into senior party leaders.

Forward to the present, and the third example of a ‘national’ party, which already maligned the name of the Father of the Nation by attaching it to their family enterprise, has sold out on every count to ensure the freedom of their own heir apparent, much to the dismay of the Supreme Court and more importantly, the people of Pakistan.

By the way, even the party that controls the financial capital has a similar history. Raised by a dictator as a counterbalance to today’s ruling party on their home turf, only to bite the hand that fed it, and now, willing to be the best of friends or the worst of enemies for political gain.

“What is a constitution? …I can tear [it up] and say that tomorrow we shall live under a different system.”

Replace the word constitution with ideology, and the words could have been said by any politician from any major party. The constituents, whether or not they voted, aren’t just marginalised, they are spit upon.

Thank you Anjum Aqeel. Your Corleonesque exit from Shalimar Police Station will serve as a great reminder that you and your ilk are only out to rob us.