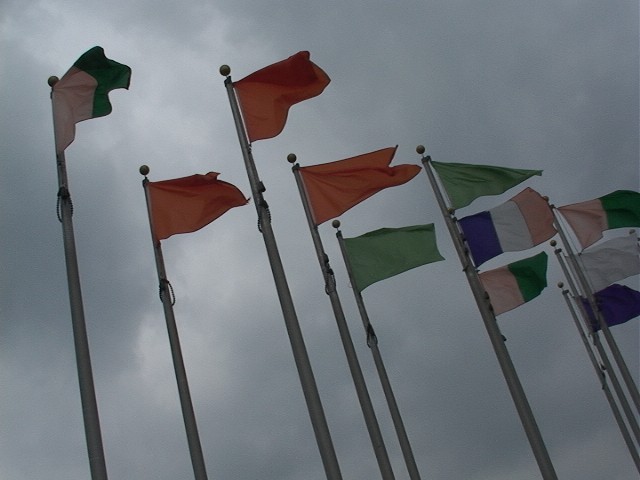 The US issued a pro-forma press release with all the usual buzz-words like 'cordial' and 'conducive atmosphere.'

The US embassy held a preview performance of the Neil Simon play ‘The Odd Couple’ last week and made sure that there would be no couples, odd or otherwise. The invitation for the play, which was directed by the US cultural attaché and featured an inaugural speech by Ambassador Cameron Munter, expressly forbade any plus-ones.

Predictably enough, Munter had lots of fun comparing the title of the play to the relationship between Pakistan and the US.

Munter’s other big outing for the week was the ribbon-cutting ceremony at the opening of the Hardees’ fast-food restaurant near Jinnah Super Market. The word fast-food is used advisedly here since getting a burger can take over half-an-hour because of the maddening crowds.

Those familiar with opinion polls will know that the US isn’t exactly our favourite country around. It comes as no surprise, then, that riot police had to be called in to control the overflowing crowd. The only difference is that this time it was not drones but curly fries that set off the commotion.

Munter’s feel-good public relations tour of Islamabad was a typically American gesture: harmless but hardly beneficial. The ambassador might have been better off taking a cue from the ISI, which was furiously at work as its chief, Ahmed Shuja Pasha, went to the US.

Even before Pasha’s meetings with the CIA were concluded, journalists were briefed that American military trainers would not be allowed back into the country under any circumstances.

This was followed by a boastful claim that our soldiers did not need any training in counter-terrorism anyway. Even if any US military personnel were ever allowed back into the country, the ISI official added, it would require clearance from the spy agency.

Just a few hours later the official undercut whatever credibility he had by forwarding an article published in the Islamic Republic News Agency titled “CIA hand suspected in Mumbai blasts.”

Just who suspected this, apart from the usual assortment of cranks and conspiracy theorists, was never explained.

The US, meanwhile, just issued a pro-forma press release with all the usual buzz-words asserting that the talks were ‘cordial’ and held in a ‘conducive atmosphere.’ This is the language of diplomats around the world and few are better at it than the Americans and the Pakistan Foreign Office, whose press releases read like a form letter with the appropriate names penciled in.

Much stress is placed on cordiality as if diplomats and government officials need to be praised for not choking each other to death.

The same rigmarole is played out at the weekly Foreign Office briefing, where spokesperson Tehmina Janjua provides non-answers to even the most innocuous questions.

When asked if the Delhi meeting between Pakistan’s and India’s foreign ministers would go ahead in the wake of the Mumbai blasts, she simply reiterated that Hina Rabbani Khar would be representing Pakistan in Delhi and so the interminable briefing went on.

Since not much is expected in these talks, maybe we can find a fast-food chain in Delhi that our new foreign minister can inaugurate.

It works for the Americans.