Accidents are not entertainment 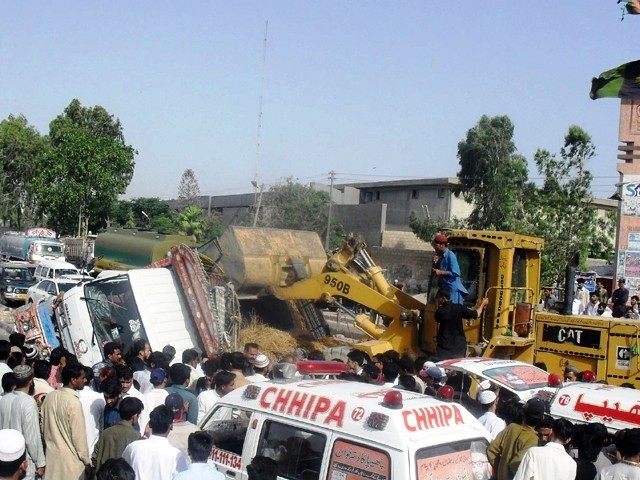 Accident victims don't need to be engulfed by a horde of strangers who do nothing but gawk at them. PHOTO: PPI

It was a sunny afternoon in Paris, and my family and I were just stepping out of the glorious Sacré-Coeur basilica when our discussion on Romano-Byzantine architecture was cut short by the sight of an injured man lying on the stairs.

I wasn’t precisely sure what had happened to him. All I knew was that he was breathing heavily and that there was blood streaming down his leg.

The terrace was filled with tourists and worshipers, but only three people were sitting next to this wounded gentleman: one of them was a security officer; the second one, a female tourist who had rushed in to lend a helping hand; and the third, by the looks of his soutane, was a priest from the church.

What perturbed me was not just the sight of the poor man squirming in pain, but the fact that nobody on the terrace was paying any attention to him, save the three aforementioned persons. People coming up the stairs would take one look at him, and then go around him in a wide circle to reach the church entrance. Each person was carrying out his own business as if nothing was awry.

This is not the way things work in my country, I thought. Here people care when someone gets seriously ill or injured, and they all immediately rush in to assist in any way possible.

Such apathy took me by surprise. I complained about it to my dad, and asked him if there was something we could do to help the man. That’s when he taught me an important lesson.

“You see that woman? She has already tied that designer belt of hers around his leg and is keeping pressure on the wound to control the bleeding. That priest seems to be well-trained for dealing with medical situations, and the security guard has already called an ambulance. If they need any more assistance, they’ll simply ask for it. Meanwhile, the best we can all do is to allow them ample space and not become a hindrance for the paramedic team when it arrives. After all, it’s an accident… not a circus.”

This is definitely not the way things work in my country. I was reminded of an incident about a month earlier when I was driving from Wah to Rawalpindi via Peshawar Road. There had been a road-traffic accident and no less than a hundred people were gathered around the injured man. Some had their kids mounted on their shoulders, to allow them a better view of the carnage. People at the back jumped up and down, impatiently yelling:

“Hato hato! Mujhay bhi dekhna hai!” (Move over! I want to take a look too!)

Unless you’re a medical expert, a friend or relative of the victim, or a passerby who can render some real assistance, you have no business standing there staring at the wounded individual like he’s a circus exhibit. Not only is it disrespectful, it’s an impediment for people who are actually capable of helping the victim.