Rawalakot, Kashmir is known for its beauty but it should be recognised for its exceptional women 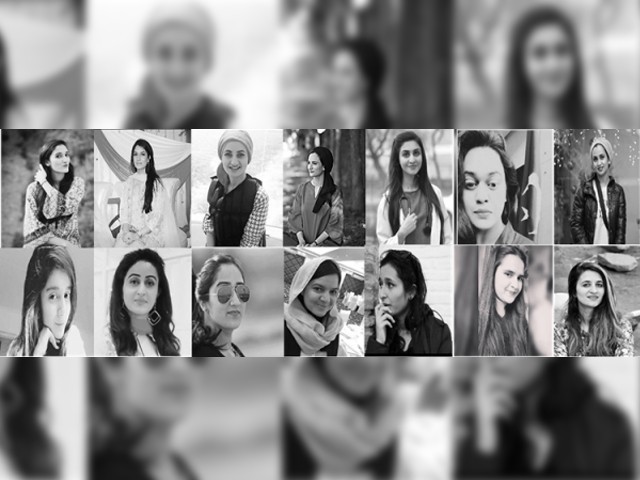 The women pictured above are just few of the dedicated, committed and brilliant women from Rawalakot who have achieved their dreams and made us proud in the process. PHOTO: MARYEM KHAN

The sound of the phrase, “women are not allowed to work” was so unfamiliar to me, until I reached university. I grew up seeing progressive, working women, like my mother and other relatives, in the society. I am from a small town in Kashmir called Rawalakot, situated in the northern region of Pakistan. This area is known more for its beauty and less for its exceptional women.

Women of this area are termed exceptional because despite the existence of an ingrained patriarchal society, they have paved way to be achievers in life. According to the annual socioeconomic report of Kashmir, Azad Jammu Kashmir at a Glance 2017, the female employment rate in Kashmir is around 70%, which is a lot higher than most regions of Pakistan. It might sound extremely strange and outlandish to some people but, fortunately, most women in Rawalakot work and earn a decent living.

Growing up, I used to idealise women in urban centres of Pakistan; they seemed like role models, more reformist in their thinking and I considered the male counterparts in those societies to be highly supportive. When I moved to a big city, I realised this was far from the truth. Unfortunately, employment of an educated and skilled woman is a huge challenge in urban cities, not because of lack of talent or job market but the lack of recognition that women are also productive citizens of this nation.

Sadly, the ultimate achievement of a woman’s life is marriage and the most talented, skilful and capable women in their 20s are progressing towards that goal. In most cases, it is not due to personal choice, unfortunately, but a compulsion put forth by society. This utmost impulsion of getting the daughter married exists more amongst the social elites than other segments of the society. There are many examples where women have been either pushed to or have actively left their careers in order to get married. In Pakistan’s medical schools, situated in the urban centres for instance, female students outshine and outnumber their male counterparts yet there is a serious shortage of female doctors. These women end up being doctor bahus (daughters-in-law) and do not pursue their career further.

Take another example of leading business schools in Pakistan, where most women in every cohort get married right after graduation. I am certainly not demeaning the importance of marriage, but rejecting it to be the biggest achievement of a woman’s life. Even a woman who has established a career has settled for jobs lower than her potential in order to be able to manage her work and household. Those who have achieved success in their career have apparently sacrificed their family life.

There are multiple reasons why women have such passive, submissive roles. Firstly, according to this society, a woman should put her marriage and family first, her career is merely deemed as a hobby. Under such circumstances, progressive and opinionated women in urban centres are often shunned and are considered less family-oriented. Secondly, even though around the world there are certain challenges in the workplace and stigmas attached to it, women in this society are thoroughly scrutinised because of them. Thirdly, a woman’s independence seems to be taboo. Her established position is a dependent member in this society, and her stable husband is her biggest blessing.

On the contrary, women in my town have a different approach towards life. The realisation of me being raised differently came strong when I used to tally tales of my childhood with people in my university and workplace. I grew up in a joint family system with three older male cousins and three younger sisters.

From a lens of common perception, families tend to pay more attention to a male child than a female child because of the inherent bestowed blessing attached to them. But it was slightly different in my house and community. I was raised under the shelter of emancipation, empowerment and true inspiration. My late grandfather cherished and celebrated all my accomplishments more than he did of my male cousins, even my uncles motivated me by rejoicing over my achievements. I learnt self-possession from my grandmother who was not only a decision-maker in our house but our entire neighbourhood benefited from her wisdom. People used to come and consult her about important matters in their lives.

Instead of focusing and teaching us about marriage, my father always advised my friends and I about career choices. He prepared us for an independent future. My mother, who is my truest inspiration, taught me strength and determination. She worked in the most challenging far-out places with no roads and lack of security yet she managed not just her work but also the household. Growing up in this open environment helped shape me into the person I am and motivated me to not only think big but also to strive and accomplish my goals. This is not just limited to my family, but is a common reality for most households in the area.

This community has a certain degree of openness and provides egalitarianism to both genders in attaining education and establishing a career. These women are outstanding and have either established their own businesses or ended up in top professions such as doctors, engineers, artists, top government officials and managers in major corporations. Some of them are not just married but have lived away from families because of work. These women possess an uncommon vitality in their personalities and they attained this energy because of the progressive mindset that has been instilled in them from the start; exhibiting less fear and more commitment. It will be unfair to say that they did not face any challenges, but despite these challenges and lack of resources, they progressed better than male members of their society.

At the outset of the whole unannounced uprising, these women were stigmatised and stereotyped but they have managed to create a rhythm which is unparalleled, fanciful for many and has the multi-generational impact. The last two generation of women in this town have set new standards for society and people have developed tolerance towards it. This acceptability will certainly reach new and broader levels when more women are breaking these barriers, without leaving behind the male counterparts in their society.

When we think of small towns, we usually think there would be much less freedom, especially for women. Who would have thought that a small town in Kashmir would have more women empowerment than the rest of the country combined? Despite the security challenges and stability issues, our town promotes its women and teaches them to take care of themselves.

The women pictured above are just few of the dedicated, committed and brilliant women from Rawalakot who have achieved their dreams and made us proud in the process.

From top-left to right:

The above-revealed dynamics make me wonder whether education and exposure are enough to be a progressive person. I believe a reformist mindset is far more important than any of the other factors for success, and what contributes most to this mindset is wisdom and vision. We often criticise our societies more than they deserve but it is highly essential to recognise, reflect and comprehend these transformative elements that can help our societies grow for the better.

Development sector Professional with extensive strategic and policy-level experience with strong analytical and conceptual skill and established credentials in research, monitoring and evaluation, and institutional development across a range of development disciplines.