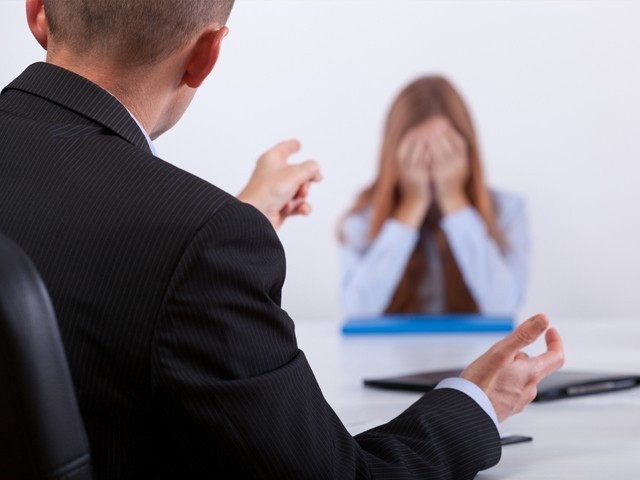 The people you work with can make or break a work situation. PHOTO: ONLINE

It is said that people do not quit their jobs; they quit their bosses. However, what I believe is that sometimes people quit not because of their boss, but due to a hostile work environment – or in my case, the bad attitude of some co-workers.

Let me offer a disclaimer that I am not here to badmouth my former colleagues. Instead, I wish to share my experience, and my realisation that sometimes people are so competitive and callous in a workplace that they don’t realise how their bad attitude can affect a person’s mental health.

It was last year that I started a job at a top-notch organisation. I changed my field from science to Mass Communications because I dreamt of working in this organisation one day, which is why I was ecstatic, for this was literally my dream come true!

Little did I know that my bubble of happiness was to be short-lived.

I worked there for a year. Initially, everything was fine, but after the three-month mark, it felt like all hell broke loose. My colleagues began screaming at me nearly every day – usually for the smallest of matters. They scrutinised my work in detail for mistakes, speaking down to me and nit-picking over everything I did to find fault.

Once I was proofreading one of the ad material when a senior colleague asked me to check the broken line in the ad. When I went to her and asked what broken line she was referring to, she immediately got so angry that she began screaming at me for not understanding little things and snatched the paper from me, handing it to another colleague.

In other instance, I was asked to print out a few pages and hand them over to a senior. I did as asked and stapled the pages together, but when I handed them to him he said,

“You cannot even staple properly.”

The statement may seem normal to some, but the demeaning way it was said to me cannot be replicated here.

At one point in time, a colleague began inquiring about something in a very stern manner. I said to her,

“Please do not speak to me in a rude manner.”

This made my colleague so furious that she subsequently raised her voice, screaming that she would never allow anyone to speak to her this way, and then stated that unless I placed this matter in front my boss, she would not go through my work. Believing the matter to not be big enough to be blown out of proportion like this, I gave her a couple of hours to cool down and then attempted to go to her office to get some work done. I was surprised to find that she remained adamant that I tell my boss about this incident. When I went to my boss and did as she asked, she asked me,

“Why are you telling me this? What’s the point? You guys sort it out.”

I told her I was specifically told to do so, after which my boss came out of her room and tried to settle the situation, which she eventually managed to do.

My colleagues also made it a point to question me regarding what I do with my time, with the insinuation largely being that I waste it.

Yes, I admit that I made a few blunders in my work. But I also believe there is a learning curve to every job, which my colleagues seemed to be trying their best to ensure I never got on. One day, they had a meeting with my boss (who I would say was the only reason I stayed so long), after which my boss summoned me to her room. She was unhappy with my report, and mentioned being shocked to hear of all my mistakes.

I told her I would try my best to not let her down, and agreed with many of my colleagues’ concerns, such as not being proactive and taking my time in doing things. However, at the same time, there were complaints I felt were invalid or unfair. One of my colleagues went to the extent of claiming she did most of my work in an article I edited, only because I forgot to add one reference in the introductory paragraph, which she later added.

I didn’t stay quiet; I felt I was being treated unfairly, and went to the extent of confronting my co-worker. Yet I was shocked to see her lie to my face, as the rest of my colleagues told me I was not good at all. When I tried to reason with them, the only response I got was that you are in no position to argue.

I was anxious almost the entire time I was at this job, mainly due to the negative way everyone reacted to small problems. On a regular day, I was likely to get screamed at and made to feel I did not deserve to be there. This atmosphere of fear and micromanagement led to constant anxiety, and at times, severe headaches. I like to think of myself as a hardworking person, but the constant fear of making mistakes and being shouted at led me to a position where I began underperforming out of stress, which was neither good for my health nor for my career.

Eventually, the daily stress got to me and I felt mentally sick. I was burnt out; not because of my work, which was not a problem in itself, but because the constant negative attitude of my peers was making me feel like a liability for the company.

Gallup reports that nearly 75% of employees want to leave because they’re frustrated with their managers or their team. Ask any employee at a top-notch company what they love most about their job and they will likely answer,

The people you work with can make or break a work situation, deciding for you how much you love your job, if at all. Trouble with a co-worker can ultimately make you dread coming to work.

Therefore, after experiencing constant headaches and migraines and dreading coming to work every day, my last meeting with my boss was a tipping point for me, after which I gave up and resigned. I no longer fought back; I didn’t even say anything. I simply handed over my resignation.

I know what people will say, for I initially thought the same – it was my fault for being weak and not being able to handle the stress. After all, popular wisdom espouses it’s bad to be a quitter, and the only people who will be successful in life are the ones who know how to ‘stick it out’. People often say things like,

This is not to say the workplace should be an amusement park. But what we seem to have forgotten is that nobody has the right to demean or misbehave with their colleagues, whether they are at the same level or at a higher position. If you feel shouting at a subordinate is empowering, you’re wrong. A polite and positive work environment is essential to engage employees and actually run a productive organisation.

For all those who are suffering in a toxic work environment, remember that you are so much more than your job. I do not advocate that you resign or quit like I did, but please, do not let anyone belittle you!

Travelling on a Pakistani public bus is never boring!