Do Muslims deserve what they get? 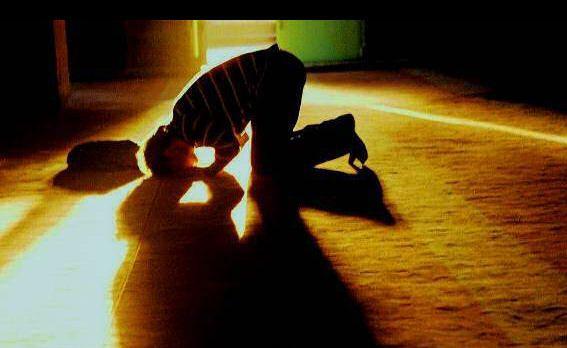 Are Muslims good citizens of the global community?

I visited Australia for a few months earlier this year to spend time with family and friends. During my stay in Melbourne, I had the opportunity to visit Vic Roads, the state authority for issuing drivers licenses and collecting fines as a friend of mine had applied for his license. While we were waiting for our turn we went to get some refreshments at the bar.

The cashier at the counter got around to talking to us and asked what we were doing at Vic Roads. When he heard our answer he said “Mate, there are two Muslim men among the officials here. If you give them $500 they will pass you in the test and the license will be yours.” He revealed that one of the men was from Pakistan and the other from India. “Don’t talk about this with any other Aussie,” he advised.

The thing that stung me most about what the vendor’s ‘advice’ was the word ‘Muslim.’

Do we deserve a bad reputation?

Later on during my trip a cousin told me that Australia often suffered from forest fires. He said that 16 years ago the country’s forestry minister was driven to suicide because he felt he did not do enough to control one of Australia’s worst fires. When I juxtapose the minister’s behavior with our own ‘Muslim’ politicians who have been found to have fake degrees but still resist having action taken against them I feel sad. The case of 9/11 involved Muslims, Faisal Shehzad is Muslim and the 7/7 London bombers were Muslim too…

I wonder sometimes why so many Muslim countries have low GDP and GNP’s. With the exception of four or five countries, most Muslim nations are suffering. So many of us remain below the poverty line. Literacy is a commonly used word but literacy rates remain low.

Unfortunately, I feel Muslims remain in the background in almost all fields. While we participate in various fields we do not lead. I cannot think of any Muslims who are currently ruling the sports world. While Muslims have contributed to the world of science and mathematics in the past, we hardly hear of any inventions or innovations from Muslims anymore.

Can Muslims accept each other?

Countries in the West have always been open to accepting people from other nationalities. They grant them nationality or citizenship, but is the Muslim world open to this idea?

Individuals have been working the Middle East for more than two decades yet have not been able to get nationality of the country they work in. On the other hand, some families deliberately travel to the west right before the birth of their child so their baby is born in a foreign land and gets a foreign nationality. Besides families, students and professionals who serve in other countries for a five to ten year period get nationalities. But my point here is, no Muslim country offers nationality or citizenship options like this – not even for Muslims.

What do Muslims do for each other?

It is disturbing when one sees the Muslim world so divided. Looking at the bloodshed in Palestine, it angers and hurts me to think that the Organisation of Islamic Countries (OIC) is so ineffective that they have not been able to come up with practical solutions. Let us now turn our attention to Kashmir, and again, where is the OIC? Why has it not taken practical steps to help the oppressed Muslim population of Kashmir? In Bosnia,Chechnya, Afganistan and even Pakistan it is the same. Muslims all over the world are under pressure, Muslim states fight wars, but the OIC is silent on every issue.Iran has been facing severe pressure from the US over its nuclear program, and has even had sanctions imposed on it.

The state of Pakistan today saddens me. We are at a point where the whole world is on our case. Wherever I look, everything just seems to be going wrong. I wonder where the OIC is for any of us?

Working with Express News as a producer, he has previously worked with VOA, CBS News and is a Fulbright Alumni.

The South Korean president did not 'condemn' the ferry accident, she apologised for it