What independence are we celebrating? 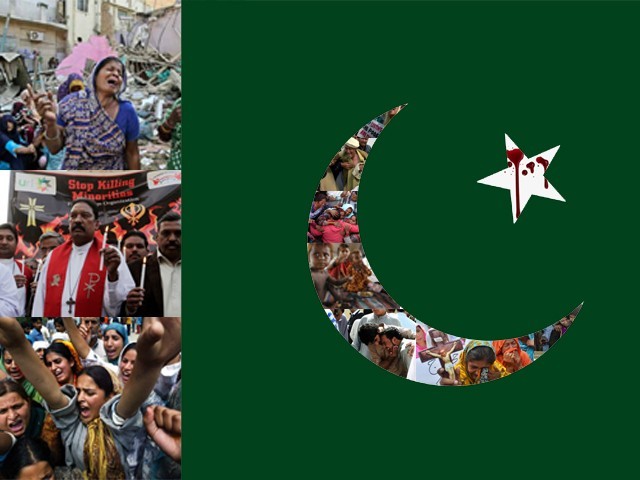 How do we truly liberate ourselves from these labels of bigotry and hatred?

Some 71 years ago, people from all over subcontinent left their homes and took roads laced with perils to reach the ‘land of pure’. What made them leave their lives behind to move to an unknown land where all that awaited them was a promise? No tangible shelter but only a promise; the promise of freedom.

What is meant by this ‘freedom’ that caused the greatest migration of the century? Freedom or independence means the availability of the opportunity to exercise one’s rights, powers, desires and even faith. Yes, I put emphasis on faith because any country where any group of people, no matter how great or less in number, do not feel safe while performing their religious duties, is not a free country.

On this 72nd  Independence Day of Pakistan, this is a question we must ask amongst ourselves.

Is Pakistan a free country? Have we truly gained independence?

Well, if this is about overthrowing the yoke of the British rule like we were taught in our Pakistan Studies curriculum, then technically yes. Yes, we live in a country which is no longer a British colony. However, in terms of mindsets, we are still colonised; hypnotised by the language of our colonisers.

If you don’t agree with me, do this social experiment yourself. Go to the Emergency Room (ER) of Islamabad’s biggest government hospital, Pakistan Institute of Medical Sciences (PIMS), and try talking to any doctor about your ailment in your national language. The nonchalance of the staff will sting but don’t take it to heart, just switch to English and watch them crumble under its pressure. Still think we are free?

Let us try to approach this another way now. Do our systems ensure freedom and liberty for our own people? Do our institutions follow a rule of law capable of protecting the rights of our citizens? Well for starters, we still follow the laws of our colonisers, who were occupiers and formulated their laws in order to subjugate.

In our criminal investigation and trial proceedings, in customs, in income tax and in countless other domains, we live under their rule of law (with slight modifications of course). This is exactly what former  customs officer and reformist actor Ashir Azeem was talking about in his YouTube videos, that we follow a Customs Act so ancient that it ties our hands, preventing us from innovating or improving upon it in any suitable way.

These laws also conveniently assist the black sheep within the system to carry out petty theft and corruption. Edmund Burke was wise to say,

So, if we have not even bothered to re-write our laws to suit our indigenous needs in these past 71 years, can we call ourselves liberated?

Now let us come to the citizens of this independent country, not only the thriving majority but also the meagre 4% minorities. The state of their ‘independent lives’ in this democratic republic is abysmal. On August 11th, we celebrated the World Minorities Day in Pakistan. We held rallies and meetings with banners quoting Quaid-e-Azam’s famous words about religious minority populations in Pakistan:

However, if those poor 4% could speak to the Quaid today, they would lay bare their bleeding wounds inflicted upon them by the other 96% that feels threatened by their thin numbers. Where will this humungous majority hide its bigotry, its prejudice? The observance of a day associated with minorities in Pakistan seems utterly baseless, when they continue to suffer everyday. It casts yet another shadow on the claim of independence that is being made today.

We forcibly convert adolescent Hindu girls and marry them to men older than their fathers. We form a mob to attack an 11-year-old autistic Christian girl falsely accused of blasphemous acts by the so-called ‘guardians of faith’. We burn homes of Ahmadis and paint Shia Kaafir (Shia disbeliever) on our walls. While we do all this, the few voices of change and reform that exist within us are also constantly bullied and threatened. The recent elections were boycotted by many of the aforementioned communities, especially by the Ahmadis. When our collective mindset reeks of biases and bigotry, how can we claim that the elections we just held were that of a free country?

Moreover, can a country be called ‘free’ if almost half of its female population is not given free choice? In the recently held General Elections, there were countrywide reports of remote areas where women were stopped from voting because of intimidation by their husbands and village elders. However, unfortunately, this intimidation is one of the milder examples of discrimination against women in our country. Acid attacks, sexual assault cases, domestic violence and honour killings are all brutal instances that refute the claim that ours is a truly free society. When these women belong to the poor strata of the society, then their dignity, choices and even life is not their own. They are given away in marriage to men older than their grandfathers or in many cases they are given away in compensation for the crimes committed by their male relatives. So is it really true that our women and our underprivileged class is part of a society that has gained freedom?

What should we do then? How do we wash away this stain of prejudice? How do we truly liberate ourselves from these labels of bigotry and hatred? The only way to do this is to start understanding, including and accepting. We need to recognise the true face of Pakistan which is made up of so many contrasting features that beautify its various contours. We need to formulate frameworks that suit us, facilitate us and most importantly, belong to us.

I would like to quote the example from the happiest nations of the world, the Scandinavian states where the Jante Law or Jantelagen is followed. It is a set of 10 rules that sum up to mean “We’re all the same!”

These laws are the underlying principles of these societies where individual success, displays of wealth or too much ambition are frowned upon. Some might say these cultural norms discourage great success or fulfilment of one’s potential but then their happiness indexes must also be reviewed. They are happy, prosperous and above all, they are equal. Hence, they are also truly ‘free’. Their motto is something that we most definitely need to understand,

“Don’t think you’re better than anyone, ever!”

It is a quite demanding undertaking from a society like ours where chains of ethnicity, sects, wealth and religion have us in a vice like grip. Unless we start developing a Jantelagen of our own, we must accept that we are not free on any level of our society. We may celebrate the Independence Day every year and we may go out and vote every five years, thinking we live in a free society, but is that true?

Karl Marx answered this question hundreds of years ago and it still holds true:

“The oppressed are allowed once every few years to decide which particular representatives of the oppressing class are to represent and repress them.”

If these words hold even an atom of truth, then ponder over this while you celebrate independence this year.