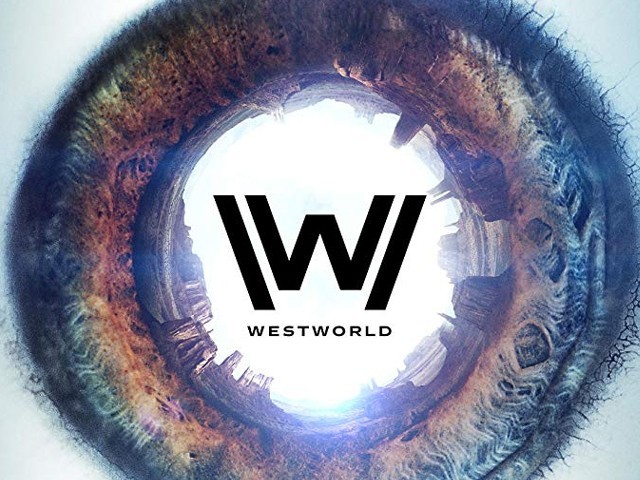 The show has already been renewed for a third season by HBO, so it’s only likelier to get even more incoherent than it is at the moment. PHOTO: IMDB

It might sound a tad bit clichéd, but I don’t usually judge people for their choices in life. No matter how bizarre, absurd or quirky these personal preferences are, you wouldn’t find yours truly judging them. However, there is one major exception to this golden rule of mine.

I don’t know who you are. I don’t know what you like or want. If you are looking for an opinion from an industry oldie, I can tell you I am not your man. But what I do have are a very particular set of skills. Skills I have acquired over a very long career of watching thousands of movies and series. Skills that make me a nightmare for people like you. If you let any discussions over cinema not veer off into the territory of favourites, then that will be the end of it – I will not look for you, I will not judge you. But if you are caught citing a “favourite” movie or a TV show, I will look for you, I will find you, and I will judge you.

Westworld is one these aforementioned series that I have a really strong opinion about. If you tell me this American science fiction TV show is something you find extremely absorbing, rest assured I will judge you for being a faux cinephile. 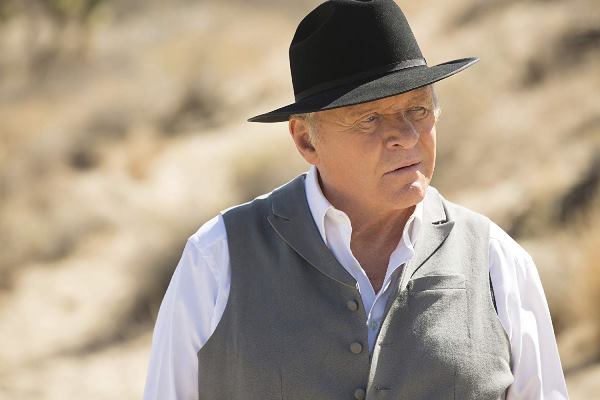 Don’t get me wrong, Westworld is not a bad show; but it’s not even remotely close to being substandard. The plot centres on a futuristic ‘amusement’ park, where humans get to enjoy controlling the robots that inhabit the land. The robots seem human, but actually follow narratives assigned to them and are under human control. The first season of the show highlights the journey of ‘enlightenment’ within the robots, as they come to the realisation that they keep reliving the same events and are not in control of their own destiny.

It has great production values, unique characters, and a very compelling premise, but ultimately the whole philosophically themed narrative wrapped inside a science fiction package is, in my humble opinion, plainly pretentious. And if you happen to be someone who thinks highly of it, be ready for me to judge you as someone who is a pseudo-cineholic.

And mind you, at the moment we are strictly talking about the first season of Jonathan Nolan’s creation. Don’t even get me started on Westworld’s second season, which somehow manages to be all over the place.

The plot questions posed by the show in the second season were either extremely confusing or simply went unanswered. Multiple timelines and a plethora of different worlds add to the already saturated plot-chaos. The writers were so busy plotting the events in the past, present and future timelines, they completely forgot to notice that nothing was happening at all to drive the story forward. 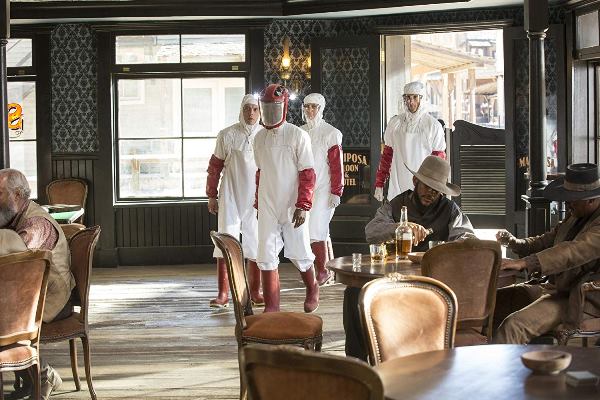 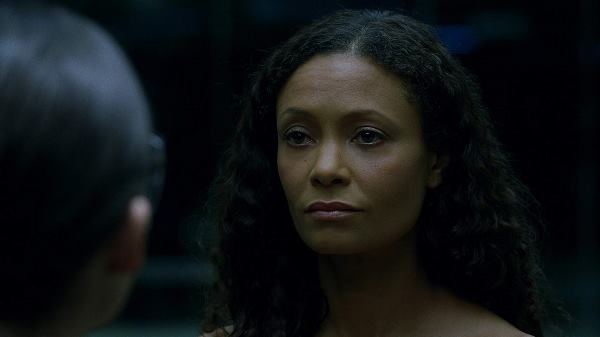 Or perhaps that really was the production team’s grand plan after all? To confuse the viewers by bombarding them with such a structurally complex narrative, that the audience fails to realise that beneath the glossy exterior of a truly wonderful production design comprising of fantastic sets and impeccable wardrobe, nothing much is happening at the subsurface level. 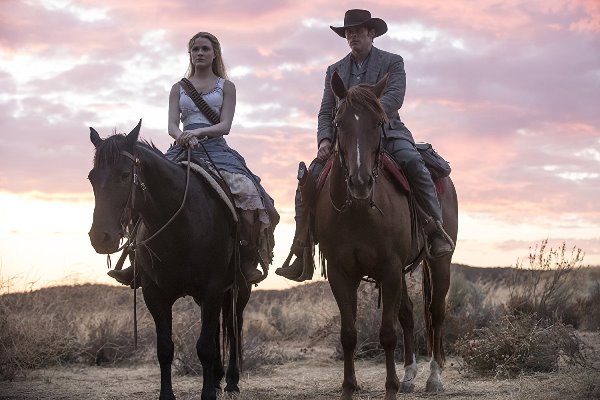 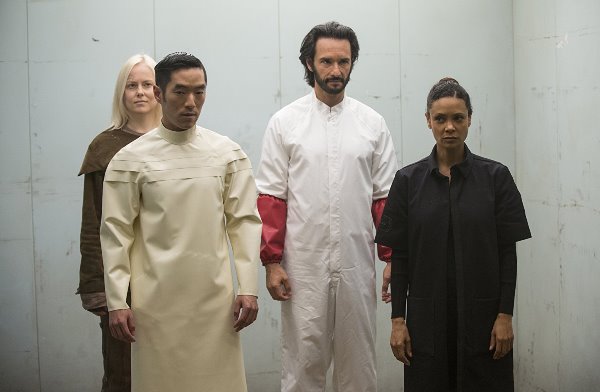 I’ll give it that; the final two episodes of the second season might have been able to salvage something from the wreck, but you will have to go through an arduous journey, consisting of eight boringly long episodes, in order to get there.

However, if you are stubborn enough to still embark on this tiring trek, the second season, subtitled The Door, picks up where the first season ends. The robotic hosts are revolting against their cruel overlords in order to take over the park, and then proceed to exact revenge for their previous cruel behaviour. 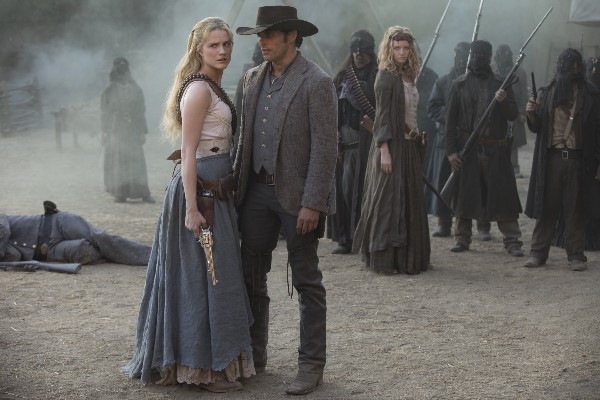 But then it all goes haywire, with the show fragmenting into different subplots and multiple worlds (the British Raj and the Shogun World), and then there are these oh-so-boring technology versus humanity, existential debates that are as never-ending as they seem.

Trigger-happy Maeve (Thandie Newton) is on the same hunt to find her “daughter” from last season. Pretty-face-turned-ruthless-revolutionary Dolores (Evan Rachel Wood) and Teddy (James Marsden) are closing in on the “Valley Beyond” to score a weapon. William (Ed Harris) is still on his own little adventure, while Bernard’s (Jeffrey Wright) shocking secret is still a hush-hush matter for everyone else. 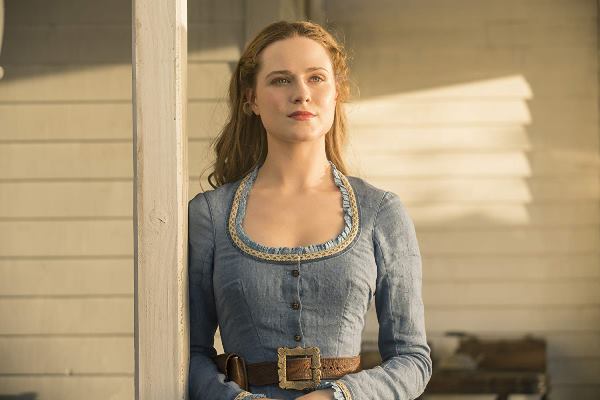 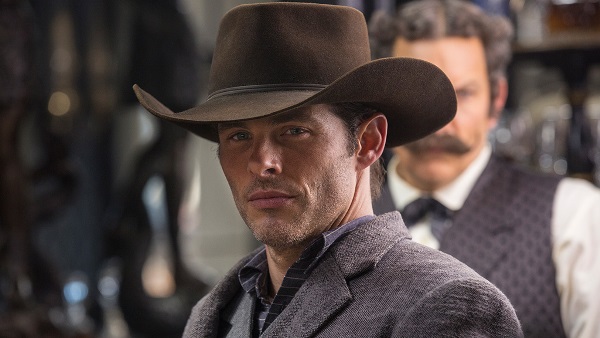 The show has already been renewed for a third season by HBO, so it’s only likelier to get even more incoherent than it is at the moment.

At one point during the finale, Dolores complains to Bernard,

“You haven’t understood at all.”

I would be the first one to unashamedly admit that I really didn’t understand this show or its hype at all. But I am still smart enough to understand that Westworld is one place I won’t be frequenting any longer. And if you plan on not being judged too harshly by me, neither should you.