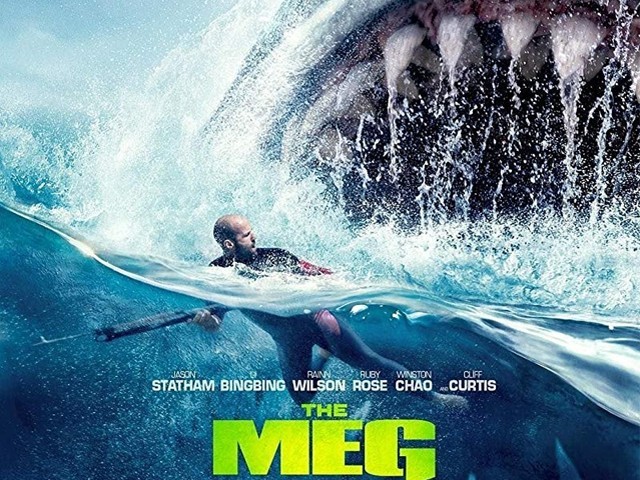 The Meg lacks major thrills, but it has many intense and heroic moments which make it a must watch, especially if you’re a Statham fan. PHOTO: IMDB

It was in late 2016 when I found out that Jason Statham was going to star in a movie where he will take on a 75-feet long shark, the Megalodan. After hearing such incredible news, how could you not start rejoicing?

In real life, Statham, the man who is known for playing antiheros and “tough-guy” roles, is trained in kung fu, kickboxing and karate and was also selected by Britain’s national diving team to compete in the 1990 Commonwealth Games. A guy like him battling Megalodon (big tooth), one of the most powerful and largest predators to have ever lived, would be a sight for sore eyes. Saying that I was excited for this flick would be a major understatement.

The story of The Meg revolves around Jonas Taylor (Statham), a rescue diver, who is called in to help a research team working on an undersea observation program that encounters a prehistoric shark known to have been extinct for more than 2.6 million years. Jonas and his team must find a way to take down the shark before it becomes a major threat to humanity.

The plot of the movie is quite simple. Big bad shark is trying to eat people and Statham comes to their rescue. The movie also stars Rainn Wilson (The Office), Ruby Rose (John Wick 2), Li Bingbing (Transformers: Age of Extinction), Cliff Curtis (Fear the Walking Dead) and Winston Chao. 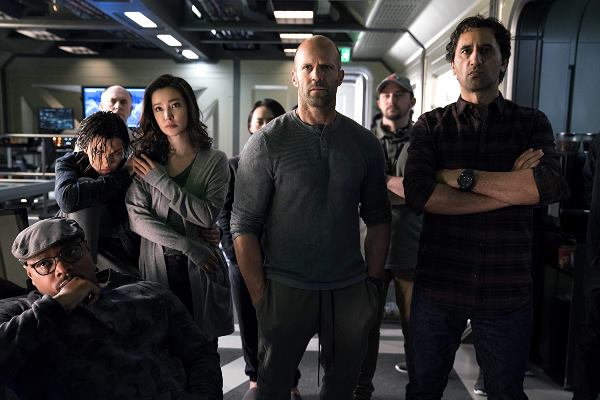 When you see the premise, the cast and the trailer of The Meg, you already know this movie isn’t going to win any Oscars, but comparisons will undoubtedly be drawn between it and other shark flicks like Jaws, Deep Blue Sea, The Shallows and 47 Meters Down. Unlike The Shallows and 47 Meters Down, The Meg isn’t a survival movie; it’s more of a ‘take down the giant shark’ movie. In Jaws, you get the first look of the shark after you are around 80 minutes into the movie; however, The Meg doesn’t build much suspense around its giant creature and instead jumps right into it.

This move could go either way for the movie. The giant shark does get a lot of screen time but there is no mystery surrounding the shark and there is no space for your imagination to run wild. The Meg might not be as suspenseful as Jaws was, but the latter didn’t star Statham. When you have Statham in the film, who would want to see him just ride a boat and only talk about the shark when you can watch him go head on with the giant predator. Now, this is where The Meg becomes hellishly entertaining.

Statham is the life and soul of The Meg; watching him take on a huge shark is exhilarating! The Megalodon looks quite real and the visual effects team has knocked it out of the park with this one. The underwater scenes and the scenes where Megalodan roams the open waters are filmed perfectly. The huge creature looked so realistic that after the movie I managed to easily convince my friend that the humongous shark in the movie was actually real. 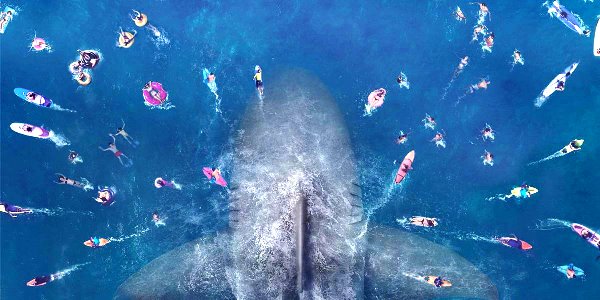 The Meg lacks major thrills, but it has many intense and heroic moments which make it a must watch, especially if you’re a Statham fan. Scenes where Statham goes up against the shark all by himself will keep your eyes glued to the screen. It is a highly entertaining B-movie, which also has a high production value.

The Meg is based on the novel Meg: A Novel of Deep Terror. Considering that the novel has many sequels, I really hope they make more movies too where you get to see Statham kick some prehistoric butt.