Promiscuous hypocrisy: “Yaar, she has already slept with me. How can I marry her?” 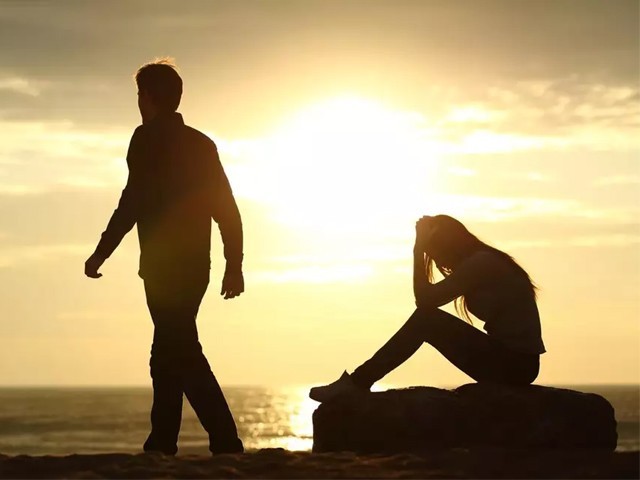 After using her for a few more times, discard her on the grounds of morality. PHOTO: STOCK

I casually asked my friend when we met at a coffee shop last week,

“So, when are you going to marry her?”

My friend was probably not ready for this question.

“I mean, when will you marry your girlfriend?” I clarified.

He broke into laughter and looked at me as if I had cracked a joke.

“Have you gone mad?” He said while controlling his laughter.

“But what’s wrong? She is a nice, educated girl and you must also settle down and have a family life now,” I emphasised.

“You are probably right about settling down, but it’s not going to be with this girl,” he responded.

“But why? What’s wrong with her and why are you in a relationship with her then?” I questioned.

“There is no law that binds one to marry his girlfriend, and secondly, marriage with this particular girl is absolutely out of the question,” he revealed.

“What’s your point, what is the issue with this ‘particular girl’?” I enquired.

“Yaar, she has already had sex with me.”

His answer had me stunned.

“What do you mean?” I almost shouted.

“Yaar, she has a loose character. She has no problem having sex with a guy before marriage. How can I trust her for marriage given her past? I want a family-oriented girl, who is pious and has the ability to move along with my extended family,” he stated, throwing light on his hypocrisy.

(Such girls are meant for pleasure, not for marriage)

“So she has a bad character because she had sex with you? And what about you for having sex with her?” I asked bluntly.

“Yaar please don’t start lecturing me now. And I am not in the mood to indulge in any philosophic discussion either.”

My friend stopped me from discussing the topic any further. We finished our coffee, he dropped me home and we never talked about it again.

As a matter of fact, whatever my friend had revealed that day was not new to me. When it comes to taking a decision about marriage in our society, majority of young men think the same way as my friend does.

For boys who believe in flirting and establishing intimate relations with several girls, the whole story goes like this: first lure the girl into being friends, win her trust through well-planned conversations and make her believe that you are seriously interested in starting a lifelong relationship with her. Afterwards, gradually start touching the sensitive chords and eventually get the ultimate goal – a full-fledged physical relationship. And after using her for a few more times, discard her on the grounds of morality.

It’s strange that even though in such cases both the man and the woman indulge in premarital sex, the woman is deemed immoral. It’s important to understand or rather try to understand why this is the case.

Though the basic fundamentals of justice were enough to expose the hollowness of this mindset, still compelled by my inquisitive nature, I contacted an Islamic scholar and asked him whether Islam had different rulings for men and women on the issue. He categorically stated that whoever indulges in zina (adultery, fornication) is a sinner and Islam does not discriminate between men and women on this matter.

“When the moral code of Islam does not discriminate between men and women, why does our Muslim-majority society does?” I asked him.

The erudite scholar first looked at me with a blank face and then said,

“Our society takes a woman’s honour more seriously than that of a man.”

“Even more seriously than Islam?”

I threw another question.

“Does this not reveal the hypocrisy and double standards of our society that claims to be high on eastern and Islamic values?” I wondered.

Before the Islamic scholar could respond, sound of Azaan echoed and he rushed to offer his prayer, saying he had no further time for this discussion. Had our Islamic scholars ever had time to contemplate on such questions, our society would not represent the classic example of a paradox.

In order to make sense of such social double standards, I talked to a female journalist who routinely writes about lacunae in our collective mindset.

“Every man is of course not an opportunist sexual predator and every woman is not a loyal and innocent victim either,” she told me with the utmost honesty that she is known for.

“Women also tend to indulge in casual relationships where they enjoy physical intimacies and then move on,” she went on to explain. “And for your information not all men refuse to marry their female sexual partners of bachelor life. But yes, such men who respect and settle with their premarital sexual mates can safely be declared a minority in our society.

Loyalty is a trait that depends upon individual not on the whole gender group,” she further elaborated. “But the way women are judged and analysed in our society, men do not face even a fraction of that scrutiny,” she concluded.

Her analysis reminded me of an excerpt from Urdu literature which reads,

(A man’s sin is like a stone which sinks and disappears in the waters of time, while a woman’s sin blooms like a lotus and stays on the surface for a lifetime. This is the truth of our society.)

In our society, these contradictory standards only serve men and gives rise to notions like “iss umer mein larkay yehi sab kartay hain (that’s what all boys do at this age)”. Not only is this illogical but it also unfortunately justifies the behaviour of men who can treat a woman however they please and then throw her out of their lives because she is ‘damaged goods’.

Behind all this indifference and hypocrisy lies another factor worth mentioning. The concept of virginity has different meanings for both men and women here. For men, the virginity is taken as more like a figurative idea. All men remain virgin until they officially get married. On the other hand, virginity among women is strictly a physical notion. Due to the physiological functioning of their sex organs, label of ‘losing virginity‘ is only attached to women, while a male fornicator is glorified as a stud. I can’t figure out whether this is a complication of human physiology or the height of hypocrisy that after premarital intercourse in our society, only the woman loses her virginity.

“We are a society where all norms and ‘moral values’ are set from a male point of view,” a social scientist gave me the answer.

“Men’s debauchery is accepted as a norm, while just a lively gait of a woman is enough to raise many eyebrows. This is the form of male dominance which enlightened activists fight against and are cursed for.”

The concept of purity and morality is viewed through a man’s eyes, which is why a woman is told to become someone worth a man’s respect. Men have chosen to respect women on the basis of what is between their legs which leads to cases like my friend’s. This blog is not to demand a promiscuous society but to put a mirror before men that rejecting someone for committing the same act which you also love to do shows your bigoted arrogance that no religion or moral code of conduct can endorse.

The author is a Lahore based broadcast journalist who currently works at Ptv as a News Producer and Reporter. He regularly covers issues of social, political and judicial importance. He tweets as @shahidobserves (twitter.com/shahidobserves)

Have you heard about the “Chinese” dish called Chicken Manchurian? Because people in China haven’t!

Aashi: The struggle of a transgender in a man’s world

Am I immoral because I’m attracted to my husband?