Horse-trading in Naya Pakistan: Is Imran Khan sure his aides won’t stab him in the back? 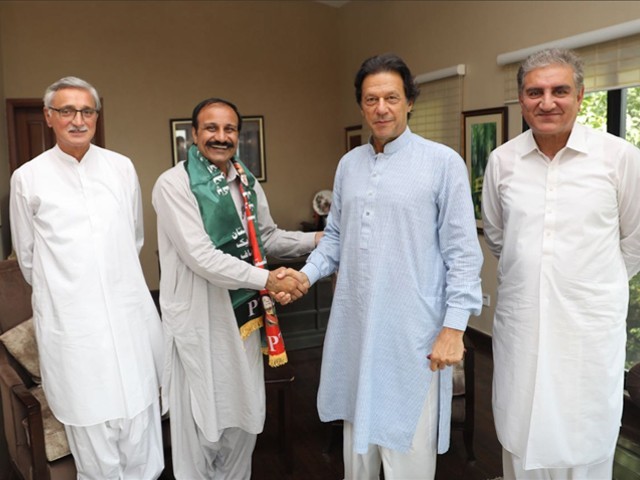 Horse-trading has existed in Pakistani politics since its inception. Whether it is behind closed doors or flagrant – the manipulation of politicians consequently influences narratives in the Majlis-e-Shura.

For decades, major political parties have practiced horse-trading in a bid to make government or reinforce their numbers in opposition. In theory, the period after the Election Commission of Pakistan (ECP) notifies newly-elected members of the federal and provincial assemblies is for independents to side with a political party which best reflects their ideology. In practice, however, the decision is layered with mutual benefits – mostly revolving around monetary profiteering or hogging onto ministries.

A stark example is that of the love-hate relationship between PPP and MQM. Asif Ali Zardari’s negotiation strategies and Rehman Malik’s implementation of them ensured the PPP received as little opposition as possible in the Sindh Assembly throughout their five-year term, in addition to making the federal government.

Most recently, the Senate elections saw unambiguous horse-trading as party heads maneuvered candidates vying for a seat in the upper house of the Parliament. Loyalties shifted overnight, with turncoats securing their seats under different party banners.

Although horse-trading, turncoats and the politics of electables has been part of the political culture of Purana Pakistan, seldom was it celebrated with as much zeal as it is in Naya Pakistan.

With mew members joining #PTI Alhamdolillah, it now has 132 members in the Punjab Assembly, the highest from any party.
The game is over for PMLN. pic.twitter.com/HVAyIKvnel

As social media hails Jahangir Khan Tareen a hero in memes, the blatant acceptance of electables, steering independent candidates with money and forming coalitions with arch-rivals by promising ‘funds’ raises questions on the viability of a government with no clear direction of its priorities.

Contradictions flood Naya Pakistan, with its foundations being laid with the very same principles Imran Khan vehemently opposed. PTI promises to bring ‘tabdeeli’ with faces that have been around since decades. Coalitions with Pakistan Muslim League-Quaid (PML-Q) and MQM-P in particular cast doubt over the path to change resembling that of his predecessors.

To some extent, it may be true that Imran needed to adhere to certain status quo conditions to bring his 22-year struggle to a fruitful end, yet it remains to be seen how deep the impact can be of individuals who do not abide by the values and standards Imran established his movement of justice for.

Tareen may have escorted PTI to the finishing line by wooing independents but he has surrounded Imran with very ordinary men and women, whose loyalties may waver post-prime minister ballot in the Parliament.

The PTI support base celebrating gaining majority in the Parliament may be shocked when the bills proposed by Imran to revamp the country’s system fail to garner numbers in secret ballots. For Imran, accepting turncoats and electables over ideological members may come back to haunt him when they push their own agenda during governance. It also opens the prime minister in waiting to blackmail, keeping in view that Imran will continue to need majority in the National Assembly to constitutionally bring ‘tabdeeli’.

Flocking to the winning side is the easy part, being wooed by major political parties is flattering. Retaining loyalty and adhering to manifestos, however, is the real test. If the newly-elected members of assemblies do not agree with the party’s philosophy, the chances of PTI bringing change through the Parliament are slim.

The electables, independents and coalitions may help install Imran as the country’s chief executive but can his leadership sustain the division in philosophies bound to occur during governance? Can he completely rely on the aides, who have promised to elect him as premier, to stand by his side when he pushes for the change he promised to the country? It’s appropriate to hope for the best but realistically, we should be ready for the worst.

She is the Sub-editor at The Express Tribune and a Counselling Psychologist. She tweets at @nhd00 (twitter.com/nhd00)

We care about Muslims in the US but not minorities in Pakistan?