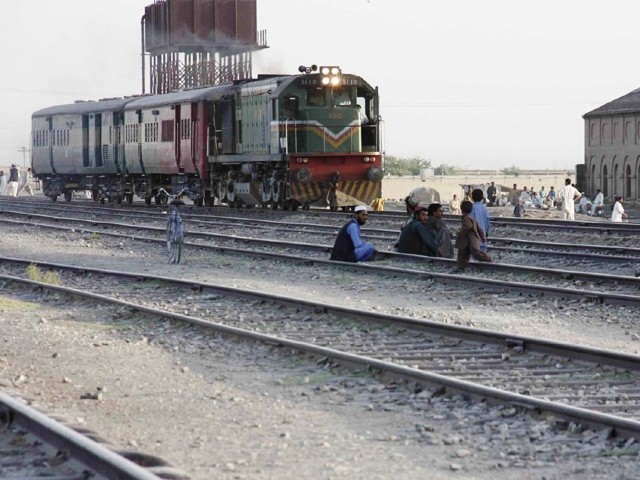 The Railways’ predicament, like that of the entire Pakistan, concerns lack of ideas and self-interested policies. PHOTO: PPI

If financial statements were Pakistan Railways’ (PR) only problem, a recent Rs11.5 billion bailout package would have been an encouraging omen for its future. The Railways’ predicament, however, like that of the entire Pakistani state, concerns [lack of] ideas and self-interested policies.

By definition, it is public transport; in practice, it serves first its bureaucracy and then the passengers. Originally rail networks were built in India to link up inland economic centres to port cities for efficient transportation of raw materials for onward shipment to Britain. Profitability, then, was central to its business model and transportation of goods.

A factsheet available at the PR website establishes that this indeed was the case until the first three decades. In fact, it shows that PR remained a profitable organisation as late as the early 1990s. Currently, its deficit stands at Rs51 billion and its expenditure-to-revenue ratio is 135 per cent. During 1950-55, this was around 66 per cent. These figures indicate that there’s more to the story of Pakistan Railways than its inept bureaucracy. As late as 1985, more than 50 per cent of PR’s earnings came from freight operations. Freight earnings average for the period during 1975-80 was 64 per cent of total earnings. So the downward thrust of railways as a profitable enterprise came with the establishment of the National Logistics Cell (NLC) in 1976. The share of freight earnings currently stands at 32 per cent. The Indian Railways, meanwhile, draws 70 per cent of its revenue from freight.

Railways’ decline as public transport came with wholesale adoption of neo-liberal development policies throughout the 1990s and 2000s. Supported whole-heartedly by the urban, educated upper-middle classes, development of transportation infrastructure under this framework has been biased towards construction of roads, overhead bridges, underpasses and motorways. Rail is now used mostly by those who lack political clout, economic means and social connections. Unless the likes and dislikes of this class are reflected in our policies, bailout packages have little hope for Pakistan Railways and its passengers.