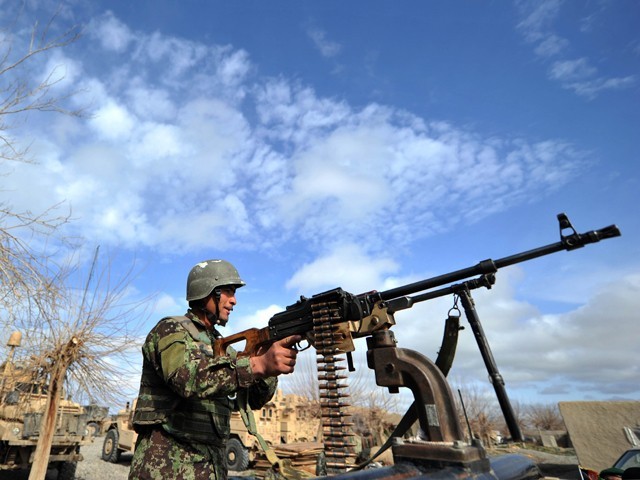 All military campaigns have lifecycles. Some are short while others drag on for years but the end is always inevitable. It is this inevitability that currently overshadows American military operations in Afghanistan and Pakistan.

The war in Afghanistan has been America’s longest war. It has been costly in terms of money and lives for all countries involved. George W Bush invaded Afghanistan to avenge the 9/11 attacks; he also took the opportunity to take the war into Iraq, to pre-empt Sadam Hussain from using his alleged Weapons of Mass Destruction. After Bush’s two terms as the ‘war president,’ the public expected Barack Obama to find an end to this and start bringing American soldiers home.

The first step in Obama’s recipe to lay the Bush legacy to rest, involved the reduction of the American footprint in Iraq and to concentrate on Afghanistan. The stabilisation plan for Afghanistan included enhancing military operations to disrupt al Qaeda and the Taliban and building up the Afghan National Army (ANA) and the Afghan National Police (ANP) to replace the multinational forces.

It was visualised that the bulk of the American forces would be withdrawn by 2014. Beyond that, the US presence in Afghanistan would be limited to an advisory role. In order to provide fresh impetus to the offensive operations before a gradual pullout from Afghanistan, the American generals wanted a ‘surge’ similar to the one they had conducted in Iraq. To meet this demand Obama agreed to send 30,000 more troops to Afghanistan in 2010.

Announcing the surge numbers before the Corps of Cadets at West Point Military Academy on December 1, 2009, Obama had declared his intent to start bringing American forces home in the middle of 2011, since he was against an open-ended commitment. His strategy to “bring this war to a successful conclusion,” was premised on seeking a reversal to Taliban gains in large parts of Afghanistan, increasing the pressure on Afghanistan to build its own military capacity and a more effective government and stepping up attacks on al Qaeda in Pakistan.

A year later, on June 22, 2011 Obama gave out the withdrawal schedule for the surge troops: 10,000 soldiers to be pulled out by December 2011 and a further 23,000 by September 2012. Thereafter approximately 70,000 American troops would still be left in Afghanistan for two more campaigning seasons. The American plan to withdraw from Afghanistan was followed by pullout decisions by other allies like France and Britain. The Canadians and Australians are already on their way home and smaller European contingents are likely to follow suit.

Anything can happen between now and 2014, hastening or delaying American withdrawal plans, although the second option looks less likely.

Barring a totally unexpected and unforeseen situation, anyone of these scenarios can materialise as the American military campaign ends in Afghanistan:

As the Americans struggle to control the situation in Afghanistan during the next two years, they are going to stick with their strategy of drone strikes in the tribal areas and covert operations in other parts of Pakistan. They will also enhance political and economic pressure on Pakistani leadership, both civil and military, to step up ground operations in the Federally Administered Tribal Areas (Fata). The demonising of the Pakistani military and intelligence agencies will continue, providing the Americans with an excuse to bring about a regime change.  Whether they will be able to pull off such an enterprise is debatable but cannot be arbitrarily ruled out.

Clearly, the coming years will see a change in the region. The American military operations will end sooner or later. The toxic debris and detritus of the war will take years to clean up. The Taliban may or may not replace the current Afghan government. Regional countries like Pakistan, Iran, India, China and Russia will stake their claims and fill in the space relinquished by departing Western powers, as best as they can.

The coming years will provide both challenges and opportunities in the region now dubbed as Af-Pak and whoever seizes the initiative is going to give a new twist to the current narrative.

Afghanistan without Petraeus: 'Tough days ahead'