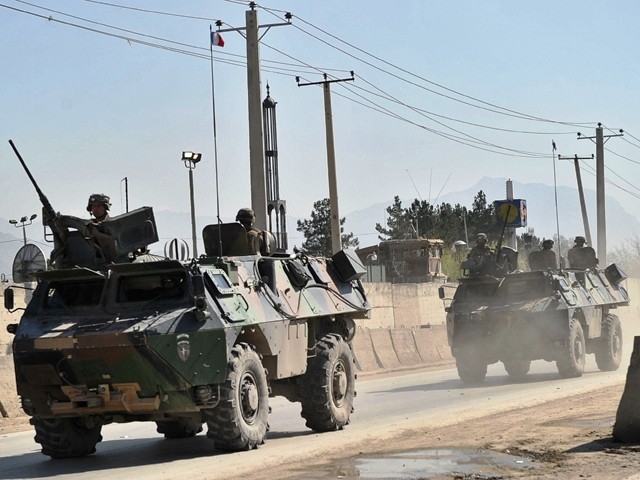 Once the US pulls out, Pakistan must be on the right side of history. That means that we must consider and respect the needs and wishes of the Afghan people. PHOTO: AFP

Opinion pages are full of analysis emphasising Pakistan’s role in bringing to an end the Afghan conflict, without whom, it is argued, the negotiations are bound to fail.

The Pakistani establishment however continues with its short term, self defeating policies towards our neighbouring country. As a result our region will remain unstable and insecure after the United States (US) and its allies depart.

Pakistan wants to ensure that the Afghan government remains pliant to its strategic needs. We want any negotiated settlement of the Afghan conflict to include the Taliban, but on our own terms, keeping us in the loop. Non-Pashtun political and military leaders are not trusted by the Pakistani establishment; as a result we have effectively alienated large swaths of the country.

The National Movement, led by Amrullah Saleh, a critic of Pakistani influence is gathering support amongst the young and the educated.

The Afghan Taliban are recognised as freedom fighters in much of Pakistan. However, in Afghanistan itself, there is little evidence for popular support for the Taliban. Even in the Pashtun belts along the eastern borders with Pakistan and the south east, their popularity reaches 40 per cent (Afghan police forces don’t fare much better). Rather than popular support, the Taliban extract support through coercion, while criticism is silenced with the threat of violence.

What’s India got to do with it?

Pakistan’s soft corner (for lack of a better phrase) for the Taliban is borne out of its fear of encirclement by India. The Northern Alliance and non-Pashtuns are viewed as sympathetic towards Indian interests. The ISAF sponsored build up of the Afghan military, manned by non-Pashtuns is also viewed as threatening Pakistani interests.

People are the priority

The only relationship that Pakistan should emphasise on is with the Afghan people. Influence through proxies such as the Taliban is problematic as most Afghans, especially in the north and the west view Pakistan as part of the problem, rather than solution.

The limitation of Pakistani policy towards Afghanistan is predicated on Afghanistan’s inability to secure itself, develop its economy and make decisions independently.

In many ways these measures are unnecessary and frankly pointless – unnecessary because an entire generation of Afghans, who grew up, attended school and colleges, bought property and ran businesses in Pakistan, will be influenced accordingly. The geography of the region also benefits us as Afghan trade make their way across Pakistan and onwards via our ports. Afghan markets are full of Pakistani products.

In addition, these policies are pointless as American, or for that matter Indian, influence cannot be managed to our liking. America is the world’s largest economy and given recent history any Afghan government will remain engaged with her to insure aid flows, support and investment. India is a growing regional economy, and Afghanistan needs all the economic support it can get. Expecting her to shun Indian support on our behalf doesn’t endear us to the Afghan people.

So what must we do?

Pakistan must be on the right side of history. That means that we must consider and respect the needs and wishes of the Afghan people. The Taliban may not be popular, but neither is Hamid Karzai. Our negotiations with non-state actors and individuals are unsustainable in the long-run, and risks inflaming public opinion against us.

Efforts should be made to resolve differences and grievances with non-Pashtun groups. If attempts have already been made, I apologise for my ignorance. If not, then the question is why not?

Importantly, what is often overlooked is the dispute over the Durand Line. Afghanistan still disputes the Durand Line as a working international boundary. Resolution of this issue once and for all, rather than brushing it under the diplomatic table would help calm the Pakistani establishment’s fears of an unfriendly Afghan government stirring up trouble along the border.

As for negotiations, it’s obvious that in the most conflict ridden parts of Afghanistan, the east and the south east, local communities are between a rock and a hard place. Both ISAF and the Taliban are unpopular. Communities want to see an end to violence. Pakistan should do what it can to facilitate this process, but do so without taking sides overtly or covertly.

If not then we will return to the early 1990s. The West will pump money from a distance into a dysfunctional government in Kabul. Ethnic and regional factions will divide the country up, and Pakistan will be accused of interfering and pushing its agenda in another country.

After all, treating the Afghan’s in the same way, we accuse the US of treating us, is not going to win us many Afghan friends.